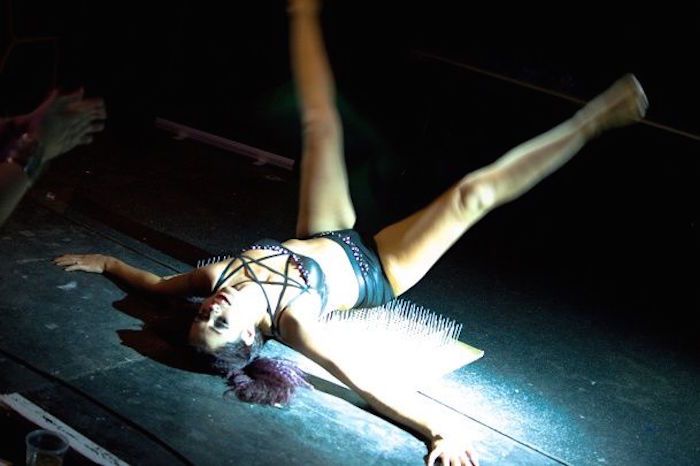 HorrorFest takes The Kazimier to the dark side.

Liverpool Horrorfest kicked off on Saturday afternoon (and no this isn’t a reference to how violently busy Primark gets at that time) and saw dedicated horror fans gather to celebrate the genre in all its various forms.

There was no glimpse of the August sun once inside the Kazimier and the venue seemed all the more cave like given the context. Chairs lined the usual dancefloor, the stage was lit, and its looming balconies were host to various stalls showcasing horror-themed band merch, comics and all kinds of weird and wonderful creations. Plenty of comics were on display from Hellbound Media who provide opportunities for artists and writers to publish creator-owned comics to  Dave McCloskey from Dammaged Comics. Perhaps one of the most unique stalls was that of  Zombie King’s who’s strange test-tube creations housed entities such as mini bats and Frankensteins. Make-up artists were on hand for anyone who wanted a gothic make over and horror photographer Amanda Norman teamed up with MUA Kerree Sheere in a competition that saw the winner receive their very own horror portrait. It became clear whilst moving from table to table that you were in the midst of a creative community and part of the buzzing atmosphere of a networking event.

It’s no surprise then that there was a full house for the panels of horror writers, actors, make-up artist, event organisers and documentary makers who were prepared to talk of their own contributions to the genre and share their experiences. Liverpool writer Ramsey Campbell, cited by many as the best living horror writer, offered inspiration to aspiring writers and along with his many entertaining anecdotes. Barbie Wilde told us what it was like to be a female cenobite and how fans saying things like“You scared the ****  outta me when I was eight years old” is always a huge compliment and Human Centipede 2‘s Laurence Harvey’s cinematic surrealism translates into a real life setting. This disappears however after speaking to him and Laurence continued to party with fans into the night. Perhaps the biggest presence there, although not in attendance, was Liverpool writer Clive Barker.

As creator of Hellraiser, the last panel consisted of people involved in the films who were Barbie Wilde, Hellraiser expert Paul Kane, special effects MUAs Stuart Conran and Anna Lovatt and the crew from Hellraiser documentary Leviathan. All spoke of how the films were a resurgence of British horror and how Clive created a new kind of monster that was different to the one-dimensional characters of previous slasher films. They asked the audience what future they wished for the Hellraiser legacy to which there was a unanimous response of anything so long as Clive stays in control. All panelists then paid tribute to event organisers Ian Sheady of Uncle Frank productions and Chris Fairrie AKA Zombie King, as without their dedication and enthusiasm, so many like minded wouldn’t have been able to come together.

It was then time for the day’s compere, Trev Fleming of Impropriety, to make fun of cosplayers’ props and announce the most authentic, original and scary costumes. Referring to the Leatherface’s chainsaw as a “rampant rabbit” he moved on to the very intense Harold Shipman and patient. They won most original with a female Chucky taking the prize for most scary. The Corpse Bride and groom were deemed as most authentic and although a great effort from Jigsaw’s dummy, sadly there was no category left to afford him.

After an hours intermission with DJ Benny Maths and Beef Diamond, the night portion of the event definitely became more about the entertainment side of horror and took on more a tongue-in-cheek, seedy feel. Rev. Dick Crypt introduced some risqué poetry in the form of Foxy Sweetshop and then a  freakshow style nail bed act from performer Jynx Monster. Impropriety’s mediums were next up with  Leslie and Lesley who informing us that “chickens had been sacrificed on this site as there was no cheeky Nandos back then” and when referring to the Kazimier, they told us “it’s an octagon and octagons are the devil’s best friend’. The Dick Limerick Apocalypse were next representing the scouse supernatural as they rapped about having “boss powers” and definitely a highlight of the evening was Tommy Creep who somehow creates spooky music through a gameboy and it’s magnificent. His set was incredibly energetic and the whole dance floor could not standstill. Closing the evening were professional spooks Zombina and the Skeletones with their fast-paced, creep rock which was the perfect end to the evening.

There was definitely a contrast between the day and night halves of the festival. The day was all about the creation of horror fiction and its many facets, in some ways very technical and dare we say nerdy. The night was more about the superficial, entertaining side of horror which nevertheless is a very important, fun aspect. Although perhaps not as big as the sci-fi genre, horror does appear to be growing. This can be seen through the rising popularity of Halloween, horror-themed computer games and even in the visuals of recent “illuminati” style pop music videos. Perhaps this is an indication that as a genre it’s become more slightly more mainstream than it used to be. It’s clear from this festival however that independent and creative is best and its community is its heart, (perhaps a Hellbound Heart of Clive Barker’s, but nevertheless a heart). Perhaps this sentiment is best summed up with slogan used to advertise the Horrorfest T-Shirts and how it should be kept, ‘Made by psychopaths for psychopaths’. 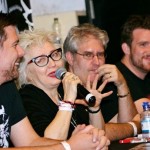 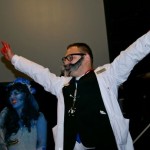 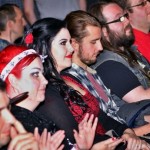 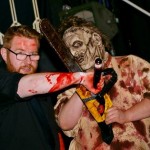 Anyone got a plaster? 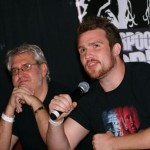 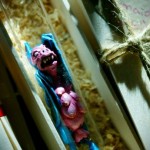 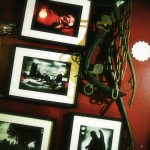 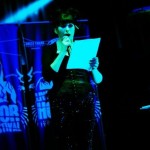 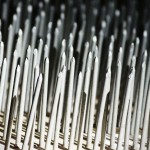 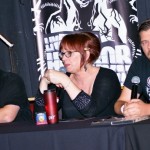 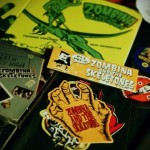 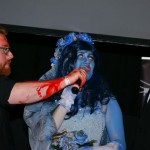 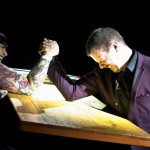 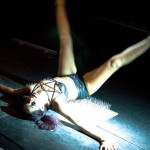 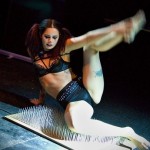 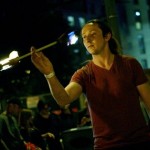 And where is that going? 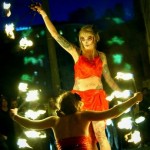 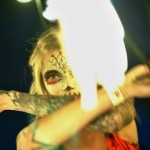 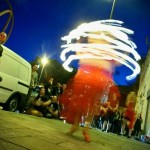 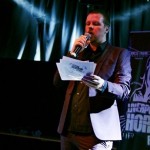 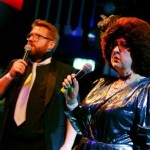 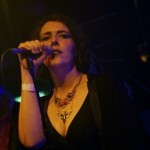 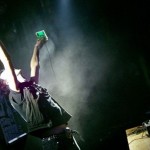 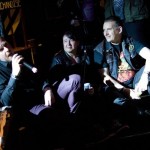