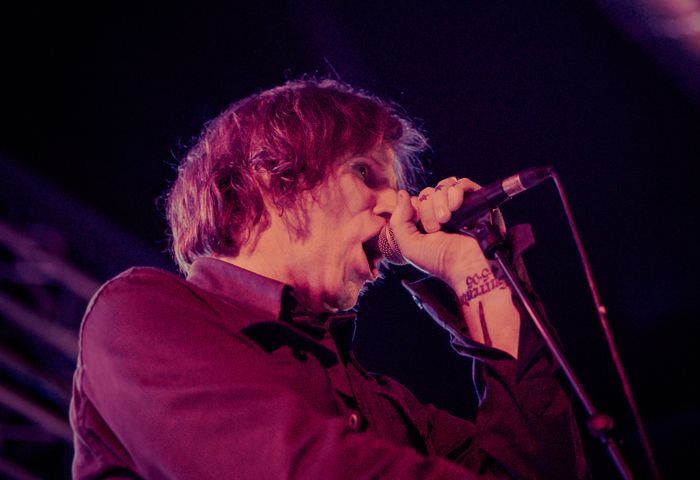 With Mark Lanegan and his extraordinary backing band in impeccable form as they visit Liverpool’s Academy, Getintothis’ Zach Jones takes in a true masterclass in real rock ‘n’ roll.

Mark Lanegan’s careen through rock ‘n’ roll history has been a diverse affair, one that’s been filled by as many timeless collaborations, masterpieces and compositions as it has moments of true darkness.

After forming the Screaming Trees after a drug addiction in his early twenties Lanegan quickly found the spotlight. It was at this point he found a friend in Josh Homme of a little known group, Queens of the Stone Age, and thus had starred in two internationally acclaimed bands before he was even thirty.

Lanegan’s solo work, however, is not Screaming Trees or Queens, rather the kind of music that could soundtrack a Quentin Tarintino movie. The sort to score motorbike drives round the desert with a shotgun. Tonight is the full Lanegan experience.

As his band step out on stage there’s a palpable energy to them, and the first song sees them off to a gun fire start. Burning through the opener with rocket propulsion, Lanegan has the sort of presence about him that can only be earned by thirty years of hard rock graft. With a voice sounding like he swallowed broken glass and washed it down with wine, Lanegan’s famous baritone is unique and just as good live.

The most striking thing about the whole performance, however, is the diversity of the band. Lanegan is not a hugely flexible vocalist; he doesn’t scream then whisper, instead keeping a steady hum above the instrumentation. The same cannot be said for the band, who range from high-pitched synth squalls to roaring guitar solos.

This is a real life, old school rock ‘n’ roll band who are quite frankly, masters at work. 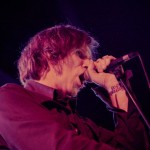 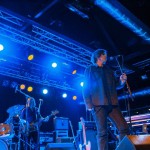 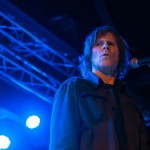 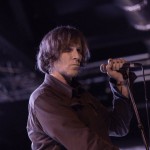 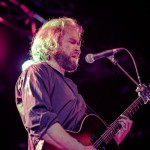 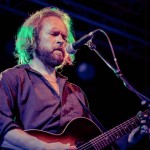 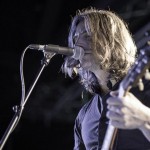 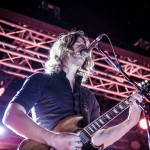 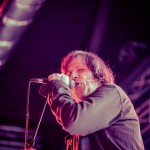