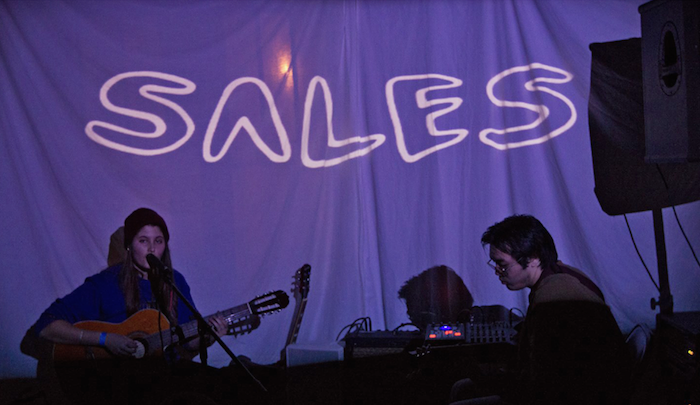 With the duo set for their first trip to Merseyside, Getintothis’ Adam Lowerson anticipates Sales’ date at the Shipping Forecast.

Florida duo Sales are set to stop by the Shipping Forecast on their maiden UK voyage with a show on October 17 with Harvest Sun Promotions. The tour dates come off the back of the release of their self titled debut EP, which came out in 2014 to much critical acclaim.

The minimalist pop duo, who are made of Lauren Morgan and Jordan Shih, have remained an independent act since their formation in 2013 and self released a string of singles before their eponymous EP, with their debut 7″ renee/tonka time racking up over half a million plays on Youtube.

The band have began to make huge waves in the music world this year with a much talked about recent set at SXSW festival, as well as receiving high praise coming from the likes of DIY and Stereogum.

Their latest track big sis, which was released last week via the band’s Soundcloud, is a perfect example of the twosome’s delicate, languid melodies alongside their beautifully basic guitar lines and minimal electronics. It is effortless lo-fi pop perfection.

Tickets for the show are available online now and from Probe Records and The Brink.