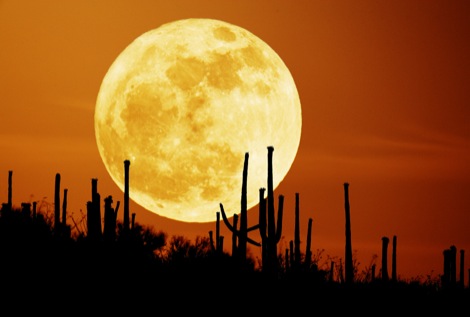 Harvest Sun Promotions have been bringing stellar sounds to Liverpool for several years. Getintothis caught up with them ahead of their biggest happening to date, The Liverpool International Festival of Psychedelia.

Harvest Sun have been cultivating music happenings in Liverpool for three years.
In that short space of time they’ve gone from complete novices to one of Liverpool’s premier promoting teams, characterised by a minimum fuss, all music approach. Their ethos is simple: if we like it, we’ll get it on.
Sometimes, this ethos almost works against them, as their insatiable appetite for music sees them putting on show after show, gig after gig, night after night – and in a city notorious for the hard sell, it’s sometimes difficult to keep up with Harvest Sun‘s ever expanding sonic crop circles.
However, what started out as two Scousers’ love affair with music and a wish to bring more music to Merseyside has continued unabated.
From their early beginnings in the Autumn of 2009, Harvest Sun have aligned themselves with the cream of Americana (Midlake, Josh Rouse, Dawes) , twisted-folk (Vetiver, Other Lives), frazzled psychedelia (Wooden Shjips, Moon Duo) and songwriters from the classic tradition (Roddy Frame, Edwyn Collins).
But that’s not to say their shows are predictable with the likes of Gravenhurst, The Invisible, Purity Ring and an extra special Philharmonic outing for cult Mexican-American maverick Rodriguez, all lined up later this year, showing there’s oodles of depth to Harvest Suns‘ gigging diary.
On Saturday September 29, Harvest Sun embark on their most extravagant event to date as almost 30 bands and a host of DJs gather for The Liverpool International Festival of Psychedelia at Camp And Furance, so what better time for Getintothis to catch up with main man Tom Lynch and talk music.
For a chance to win guest passes to The Liverpool International Festival of Psychedelia visit here 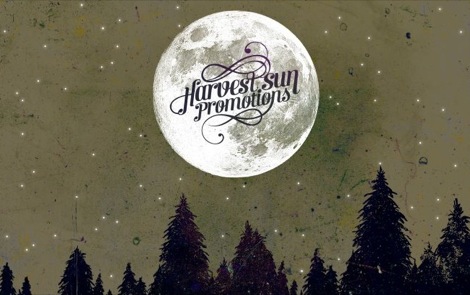 Getintothis: Hey Tom, how tricks? It’s fair to say you’ve been super-busy.
Harvest Sun: Hello Peter Guy, tricks are going well, thanks.
Getintothis: During the last nine months, Harvest Sun has gone through the roof, you’ve cemented yourselves as a cornerstone on the Liverpool music map, and this month you’ve your biggest project to date – the Liverpool International Festival of Psychedelia – tell us a bit about it.
Harvest Sun: Yes, this year has been hectic to say the least.
Myself and Craig Pennington who runs Bido Lito! had touched on the idea briefly before, but it sort of fell in to place when some bands we were into all seemed to want to play around the same date.
Then from having a couple of bands for something a whole lot smaller it just went on and on and on – and all of a sudden we had a festival with 28 bands across two stages, with loads of DJs, visual artists, a psychedelic poster exhibition with Screenadelica and much more to be revealed at the event itself.
Having Dead Skeletons headlining along with Time and Space Machine was more than we could have wished for, but then adding Wolf People into the mix was the icing on the cake.
Then it was about getting the locals we wanted in like Mugstar, Baltic Fleet, The Wild Eyes, Mind Mountain, Edgar Summertyme and The Shook-Ups plus a load of acts on who were right up the events street but also ones you wouldn’t necessarily find lurking on a Radio 1 playlist, or ever having the dreaded ‘buzz band’ tag.
Then there was the international element we had to satisfy and we’ve got Italians, Australians, Yanks, Irish bands all playing the festival, not to mention Iceland in Dead Skeletons. We’ve also pulled in some fantastic DJs too to keep the ambience flowing between the acts. There’ll be a few surprises along the way too.

Getintothis: Obviously, the music is central to the happening on September 29 – but what inspired you to do this and who are the acts you’re particularly pleased to be bringing to the Camp & Furnace?
Harvest Sun: I was inspired by looking at the line-ups Austin Psych Fest put on every year and thinking ‘we can do that in Liverpool, it’d easy‘… Famous last words.
Bringing acts like Rosco aka Sterling Roswell of Spacemen 3 and Ancient River from Florida – who’ve played the Austin Psych Fest – is great.

And I’m pretty excited to see Edgar (Summertyme) playing again as for he’ll be backed by his ‘Unsympathetic Cosmos Band‘.
We’re looking forward to the whole thing from start to finish.
Getintothis: Of the bands playing, who you’ve seen before, who are you most excited about?
Harvest Sun: Apart from seeing almost all of the local acts, I’ve not seen too many of the other acts live and that’s probably why we’ve ended up with two stages, so we can see all the bands we wanted to see, which might sound a tad selfish, however we were contacted by that many great bands we’d not really heard much of before, that we had to bring.
I’m really excited about seeing Hookworms again though, they were brilliant when we had them on with Moon Duo back in June.

Getintothis: Let’s go back to the beginning, give us a bit of background about yourself and Harvest Sun.
Harvest Sun: Harvest Sun came about as me and my good mate James Best, who’s now residing down under, wanted to start putting on bands in Liverpool who just never played here – or ones who came on their first tour, but you’d never see them again.
I saw The Shins on their Chutes Too Narrow tour in Room 2 in the Academy, then the next time they brought an album out they played Manchester twice in the space of about six months.
That was something that stuck in my mind, and at the time I wasn’t aware of why they didn’t come here again, but worked out pretty quickly after we started doing the gigs why, but that’s a whole different debate for another day.

Getintothis: Did you find it difficult early on putting gigs in Liverpool while being new promoters on the block?
Harvest Sun: We didn’t really find any difficulties being the new kids on the block as we didn’t actually know anybody else on the block or if there was even a block.
We didn’t seek out any advice from those deemed in the know, and we just got on with what we set out to do – only bring bands here who we would listen to ourselves, and that’s how it went.
The first gig we did, John Head at the Bombed Out Church got such a brilliant response that it snowballed from there as we did gigs with The Maybes? then John Bramwell then we did a gig I still look back and can’t believe we pulled it off – Midlake at a freezing cold Williamson Tunnels in January 2010 (Midlake pictures).

Getintothis: What have been your personal highlights on and off the stage since Harvest Sun kicked off?
Harvest Sun: Personal highlights include the elation of recieving the Midlake confirmation email and the ensuing gig.
The Clientele at the Williamson Tunnels, the first Steve Mason gig we did, Edwyn Collins at The Cathedral, Wooden Shjips…
Getintothis: Ah, yeah, you fixed me a disabled zone in the Kazimier, after I’d had knee surgery and could barely stand, but I wasn’t missing that gig – fond memories!
Harvest Sun: Yeah. Also War on Drugs – there really is too many to mention as we’ve brought some of our favourite acts to the city.
Getintothis: I remember Neon Indian, another of your early gigs and chatting to James; there was barely anyone there – did nights like that ever make you think twice about doing the promoting game?
Harvest Sun: Yes, I remember that show. I wouldn’t say it made us think twice, but it taught us a mini lesson – don’t do Sunday night shows in middle of August with bands you think aren’t obscure cos you’ve had their album on repeat for the last three months.
Getintothis: Are there any artists you’d like to put on that you’ve yet to bag?
Harvest Sun: Too many to mention Pete, there’s so much great music out there, to stuff getting coverage from press and the like, to stuff you just find trawling the internet looking for hidden gems.
It would be great to bring just half of the obscure bands you come across here, but alas there’d be about 10 people there including myself and the band.
Getintothis: I always ask this, but there’s so much going well within Liverpool, not just within the music scene, but what would you like to see us improve upon. What are we missing?
Harvest Sun: We are missing decent mid-sized venues.
The fact that the Royal Court is a comedy club is a joke in itself and that’s all I’ve got to say about that.

Getintothis: Harvest Sun were champions of the GIT Award, who on the Merseyside scene is worth talking about – which upcoming bands should be on more people’s radar?
Harvest Sun: There’s a load of good bands around these parts at the moment.
Of the ones I’ve seen live over the past couple of months, By The Sea are a class act, as are Bird and The Tea Street Band get better each time I watch them.

I think these three could all be making waves nationally in the not too distant future and after the success of Stealing Sheep and Outfit, there looks to be a sort of Merseyside renaissance of bands taking their wears onto a national level and it’s about time too as so many good acts have fallen by the way-side over the years.
Getintothis: What music instantly turns you off?
Harvest Sun: Manufactured crap created with the sole purpose of garnering coin for some fat head in an office somewhere in London.
Getintothis: Tell us a nightmare story in your lifetime of putting gigs on… Any particular awkward bands/artists?
Harvest Sun: Having a nutter of a soundman at our third gig, which was John Bramwell at The Williamson Tunnels.
It could have ended us there and then, it was that bad. We had to abandon it after three songs as none of the soundman’s gear worked and we had some punters wanting his head (and probably ours too) on a stick.
John though was a true gent and was kind enough to come back a few weeks later for a return gig proper. What a guy.

Getintothis: It’s Harvest Sun Fantasy gig time – you can pick three headliners who’ll it be?
Harvest Sun: This could change daily but tonight I’m plumping for Buffalo Springfield, Television, The Beach Boys.
Getintothis: Good answers – you have no idea how many people sit on the fence with that answer. On that note, Tom, this is the end of the interview, can you rate it out of 10 please, and tell us your favourite breakfast cereal.
Harvest Sun: I’d give it a 10. And Weetabix.
Harvest Sun on Twitter and latest gigs.
Join the Harvest Sun mailing list