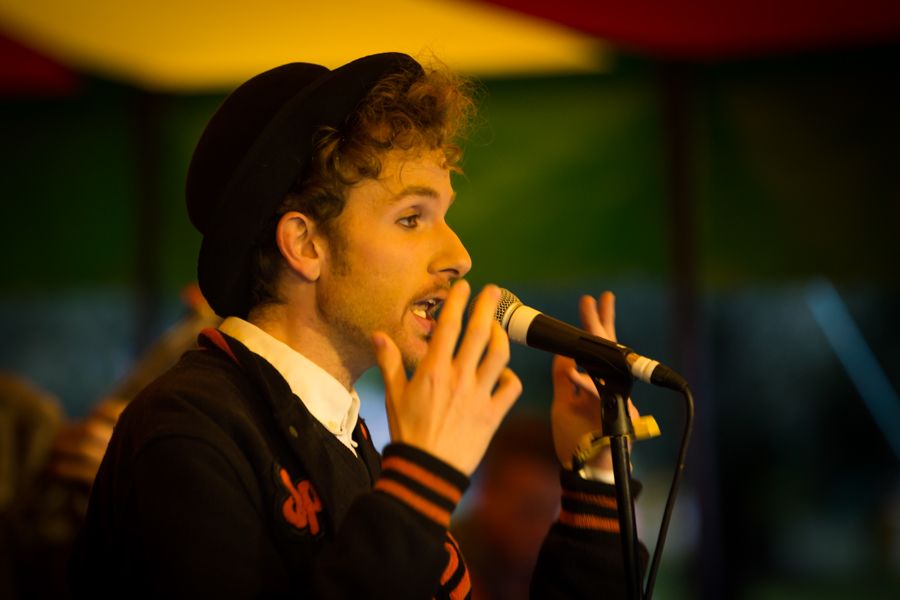 Amique on the LIMF Academy stage

Following his LIMF triumph, Getintothis’ Shaun Ponsonby takes a look at Amique’s latest and, it seems, greatest composition yet.

Amique has been around for a few years now, and we at Getintothis are probably guilty of criminally overlooking him. However, he forced us to take notice at LIMF with an energetic, charismatic performance that made people forget that Echo & The Bunnymen were about to start across the field.

And so, we come to this; his latest composition, The Infinite Divine, the first single from his upcoming EP.

It’s hard to find a review of Amique’s work where Prince isn’t mentioned at some point. But although The Infinite Divine is a very Prince-like title, and the Purple One is clearly an influence, this writer would argue that very few of his songs actually sound like Prince songs. There are some that do, such as previous EP Oh! The Ecstasy’s Emancipator, but perhaps some of the similarities come from the fact that he not only counts Prince as an influence, but that he shares many of Prince’s influences too. On some tracks that have been labelled as Prince-like, we’ve heard more of a Sly Stone or Joni Mitchell influence.

In fact, the intro to The Infinite Divine is probably placed somewhere between The Commodores’ Night Shift and The Cure’s The Love Cats, and yet the song itself sounds like neither of these.

Amique sings the mysterious lyrics in his higher register, with a melody that never really goes the direction your gut tells you it will. And yet it all remains hypnotic next to the jazzy chords he simultaneously plays on the backing piano. It’s lush, but there’s an unsettling undercurrent to the song also. He sings “I might not be here tomorrow“, which raises questions we are left to answer ourselves.

Several listens later and further textures begin to reveal themselves, meaning it’s a track for which skipping back to the beginning a couple of times is recommended.

Ultimately, we think this might be Amique’s best composition yet. Each new release has signified a huge leap ahead for him, and now that the LIMF Academy have named one of the three “Most Ready” in the city, surely things are about to start happening?

But let’s stop with the Prince comparisons first, before it becomes conventional wisdom.

Share. Twitter Facebook Google+ Pinterest LinkedIn Tumblr Email
Previous ArticleThe Stands’ Howie Payne set for November Leaf show with Karima Francis
Next Article How to end an album: Exploring the best way to close an LP through The Beatles, The Smiths, The La’s and more