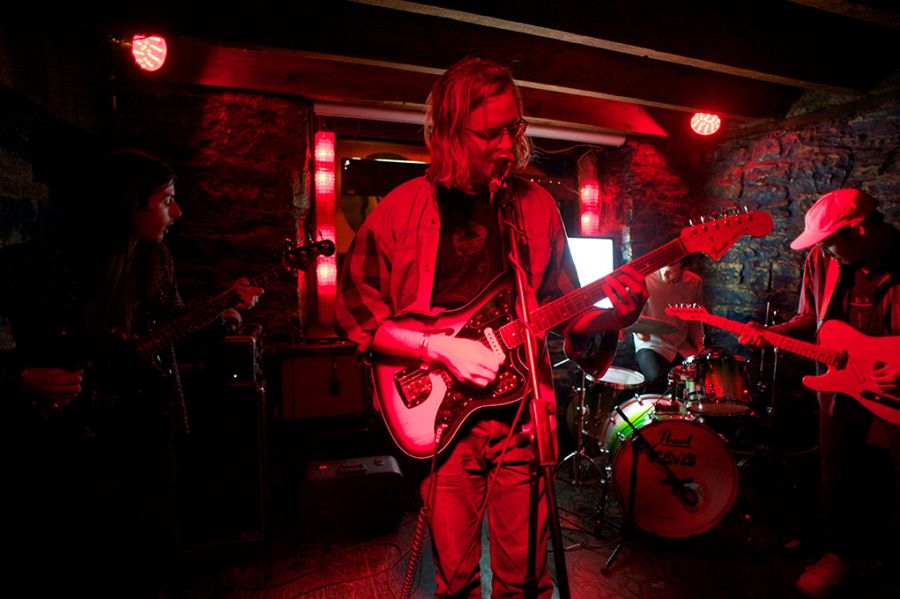 In this relentlessly modern age it is a reassurance that musical discoveries can be made in the most old-fashioned of ways. So it was with Canada’s Nap Eyes, whose debut LP Whine Of The Mystic released by Paradise of Bachelors was tucked discreetly amid the new releases section of Liverpool’s Probe Records.

With interest piqued by the record label’s outlandish claim that the band were the greatest we’ve not yet heard, we felt duty bound to investigate further. And boy, are we glad we did.

This is ramshackle lo-fi guitar-pop music laden with a throbbing insistent rhythmic intensity and literate wryly observational lyrics. What is most striking alongside the record’s immediacy is its sense of classicism without ever sounding wholly derivative.

Influences such as The Modern Lovers, The Velvet Underground and even The Wave Pictures are never far from the surface yet the record has the sound of a band confident in its own skin to pursue their own artistic direction and not merely to follow a well-trodden path.

Much of the charm of the album owes to its recording techniques. Committed live to tape with no overdubs, the record makes a virtue of its flaws while capturing the excitement and spontaneity of a live band. It is a rare feat, acknowledging also that some of the best music has rough edges and it is those rough edges that draw the listener in to really engage.

Smitten from the very first listen we’re not quite sure we’d wholeheartedly endorse Paradise of Bachelors sentiment but we can forgive the hyperbole for it made us sit up and take notice of this rather excellent debut LP from Nap Eyes.