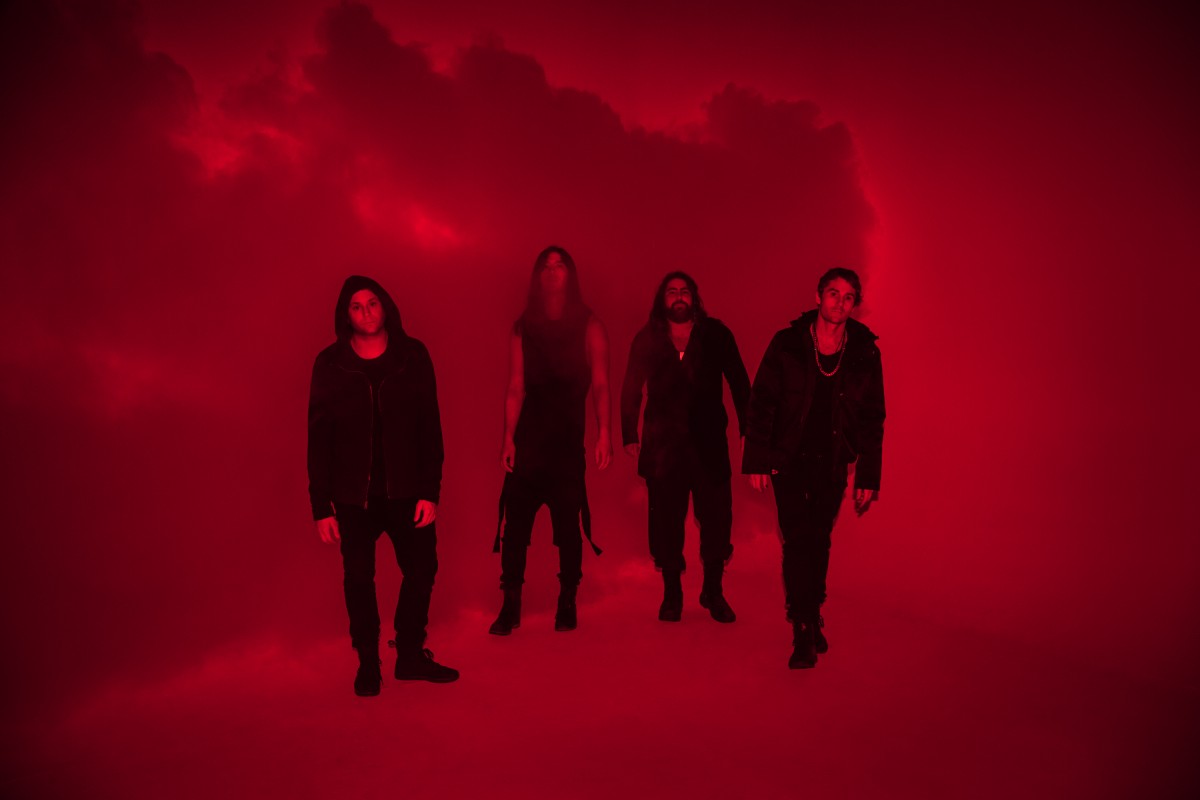 Noise-rockers HEALTH will hit Liverpool Music Week as a band transformed this October, Getintothis’ Patrick Clarke caught up with the band’s Jake Duzsik for a chat about their pop revolution.

It says a lot about Get Color, the space age rush and caveman pummel of musical hyperviolence that was HEALTH’s last album proper, that even after six years of studio silence from the group, discounting some soundtrack work for Rockstar Games, the record still feels completely, essentially fresh in its primal vitality. More than half a decade is a long time in music – those six years have seen, for example, the release of Kendrick Lamar’s entire discography, the inexplicable rise and delectable fall of Viva Brother and the culmination of Miley Cyrus’s slow, satanic transformation from conservative pre-teen Disney heroine into grotesquely engineered sex monstrosity – yet the L.A. noise-rockers have stood ever firm amid the madness atop their ‘09 pedestal.

For the band themselves much too has changed. Gone is the broken glass and subterranean fury of their ramshackle infancy, with Death Magic, the new record they take on tour to this year’s Liverpool Music Week, seeing the group ditch much of their former abrasion in a calculated leap at stadium electro pop. “There’s not an overarching ‘great story’ like I was a political prisoner or we decided to circumnavigate the globe in a hot air balloon” says frontman Jake Duzsik of the record’s long fermentation when Getintothis checks in for a chat. “It’s a bunch of ultimately not very interesting compound components tied to it just taking a long time.”

Quoted in Pitchfork as having made the record  ‘four times over’ (“a bit hyperbolic” says the singer), contrary to the jagged, DIY implosion of their early work it’s been a measured process this time around.  “Even though our fans love Get Color, it did a lot for us and we really grew as a band, it’s not produced in a way we wanted to have it sound. It’s this dirty, raw, fucked up punk rock record, and that sort of record is endearing in certain ways, but it wasn’t planned” Jake explains, surprisingly reluctant to extol the virtues of their former ferocity. “We had enough perspective this time, this being our third record, with a little experience under our belt, to not put something out where we weren’t happy with the production… We’ve been green in situations before when you put something out that you’re not particularly happy with how it sounds, and that shit really haunts you.”

The band’s evident satisfaction with the end product on their third studio LP is due in no small part to the addition of Loma Vista Recordings and producers The Haxan Cloak and Lars Stalfors to a previously individualist process. “That was probably the most positive experience for me artistically, working on this record” says Duzsik. “Reaching out and working with other people. I think there’s sort of this misnomer that comes from the hubristic megalomaniacal ‘I’m an artiste’ kind of perspective that some bands have that ‘no, we did the entire album, no one else is touches it’, and that that is supposed to somehow document artistic truth or validity. When you look at most great art, especially musical art, it’s very collaborative. Such is the nature of being in a band.”

“It helps you to be less precious about what you’re doing” he continues. “I don’t think I can go back to writing music the same way. The biggest eye-opener for me was, if you’re working on a section and you’ve been trying to fix this one part for like a week, it’s not because you’re coming up with the wrong part, it’s that the part probably sucks. If you get a bunch of guys in a band it can be like ‘well that’s my bass part!’, ‘but I wrote that thing!’, ‘I wanna have that drum part in there!’, well who gives a shit! To me when you start to get into collaboration like that you start to shed some of that protectiveness you have over music you’ve written and solve the problem of just ‘is it good or not?’”

The result, which sees the foursome taking influence from Depeche Mode and Rihanna, is most certainly a maturity, tracks like LIFE reaching a mainstream peak that with its mid-tempo clap-along chorus only just avoids bordering on the likes of Bastille’s untold horrors, and Duszik’s formerly buried vocal placed on the frontline. “It does mean I have more responsibility, that’s undeniable” he explains. “I guess I do have to be more aware, like you don’t want to go out the night before a show and get hammered and smoke a pack of cigarettes because it’s not like I’m just cooing into a microphone with lots of reverb, I actually have to sing.”

Not very rock ‘n’ roll, it has to be said, and when I ask what the singer most misses about the heady, days of years past there’s more than a nostalgic glint to his answer – “I was younger! The first tours that we ever did which, shit, we booked [them]over email or Myspace and slept in our broke-ass van and played shows to nobody in basements and then got wasted after the shows at some random dude’s warehouse apartment in Milwaukee or some shit… That kind of stuff is hard to trump when you look back on it.”

“There was a period of time being in Los Angeles where it was a very fertile and productive community-based noise scene, every show you’d go to, whether it was a house show or an art gallery or a warehouse, it was all the same people and weird dudes doing free-noise, but not taking themselves seriously in an east-coast art school way, it was like noise as punk rock. There were kids getting fucking wasted and having a really good time, and that was a beautiful snapshot in time in the Los Angeles music scene that I think we were all conscious of the fact we were all lucky to be part of it. For me that’s the most nostalgic. Los Angeles in the mid-2000s”

Yet amongst all that mania was a spine of sturdy ambition, an eye on the wider importance of their radicalism that still remains. “When I look at our first record and how wacky it is, in terms of the way that album is sequenced, how the songs are structured, we took that shit as seriously as a heart attack. We were wilfully making music that was breaking with convention and breaking rules, and when I look at the amount of effort and trials and tribulations he went through to record that music ourselves, we just killed ourselves trying to make that first record. We took it pretty fucking seriously!”

For those on Merseyside, the most intriguing aspect of HEALTH‘s reinvention will be its effect on the group’s somewhat legendary live show when they hit The Kazimier this October 25, and though we’re promised it’ll be ‘just as aggressive’ as the intense art gallery and house show gigs of old, we’re to see a band newly adapted to their growing stature.  “David Byrne wrote an article, not like he’s the first person to do it, but it’s about how music is created for the space in which it’s written, so when you look at the CBGB movement in New York in the 70s, they all knew they were gonna be playing in a shitty little rock club on the Bowery where there was hardly any space, so you’re not planning on reverb or clanging guitars… In a lot of ways this record was written as a festival record. A huge difference is that now we can think ‘we’re gonna play Primavera Sound’”

There seem detectable pangs of longing for the old days when Duzsik considers his band’s evolution, and for those of us who delight in the disorder of rock ‘n’ roll at its most explosive, it can be hard not to share them, yet such wilful sentimentality kind of misses the point. HEALTH have neither burnt out nor faded away, but evolved into something much more, well, healthy – they have grown into a group that have certainly mellowed with age, but still retained their calibre; they have returned after more than half a decade with the development to make it worthwhile and it would be churlish not to embrace that progress. As their singer puts it himself: “nostalgia always cheats and lies anyway.”