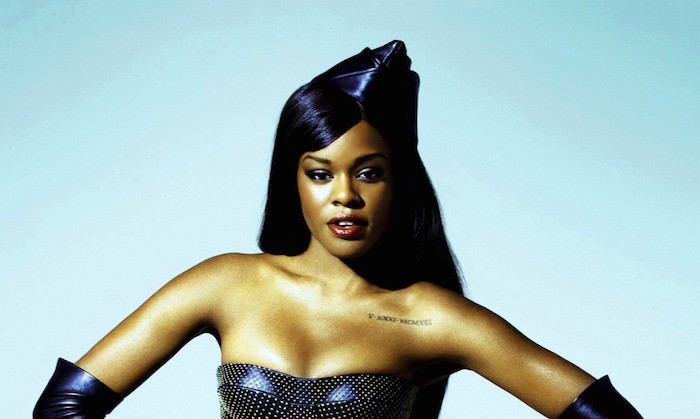 With the latest accusations of homophobia aimed at Azealia Banks, Getintothis’ Shaun Ponsonby finds himself perplexed at her idiocy.

Why is everyone so homophobic all of a sudden?

A matter of weeks after apparent (former? We’ll see) DJ Ten Walls went on his stupendously vicious rant on Facebook in which he equated homosexuality with paedophilia and made a strange comment about baked goods– for which apologised again this week, hoping that people will see his constant apologies as genuine and not a lame attempt to claw back his dwindling audience – someone a bit more mainstream has started.

Step forward, Azealia Banks! Not content with merely agreeing with Donald fucking Trump on immigration (yes, Donald, let’s build a big wall…because that worked so well in Berlin), she’s now returning to her old hobby of homophobia to pass the time.

I once worked with someone who claimed he couldn’t be racist because he was mixed race. I called bullshit on that. Azealia Banks has claimed she can’t be homophobic because she is bisexual. I’m calling bullshit on that too.

Back in 2013, she was involved in a twitter spat with online celeb blogger and regular oxygen breather Perez Hilton in which she charmingly called him a “messy faggot“, later defending herself by saying: “A faggot is not a homosexual male. A faggot is any male who acts like a female. There’s a BIG difference.”

Following this incident, she posted on Twitter; “just give the Azealia banks [sic]is a homophobe thing a rest because I’m not. I have a transgender sibling. My whole life is gay… All of my friends are gay, I am bisexual…. So please… Stop.”

Yes, some of her best friends are gay. But, here’s the thing, if your justification in calling someone a “faggot” is that it’s a word used to describe a man who acts like a woman, how can you use your trans sibling as a defence seeing as it sounds like the kind of insult that someone so ridiculously misguided would use against a transgender person? Are you talking about drag queens? How can you justify yourself on these terms if, by definition, you are clearly attacking a large sector of the gay community, and are openly admitting so?

Furthermore, somebody who is bisexual using someone’s homosexuality as an insult is still homophobia, because otherwise why mention the homosexuality at all?

And it seems Banks hasn’t grown much in the last two years.

Last week she was filmed on a plane calling a flight attendant – what else? – a “faggot” in some altercation that I don’t care about. She then well and truly went off on one on Twitter when people, quite rightly, called her out on it.

“Fake outrage”? Let’s make something clear; that word is essentially the gay N-word. It is the last word that a gay man would hear as he is being beaten to death in a gay-bash attack. It is justifiable for people to be offended by its use by anyone, let alone by somebody as obnoxious as Azealia Banks.

Huh? What system? Have airlines trampled significantly on artists’ rights? Do gay men have a proven track record of ruining artists’ spirits? What the fuck are you talking about? This has nothing to do with artistry. This has to do with the fact that you are a total moron. This is not an attack on what passes as your art.

To keep this simple, I will put two phrases here and point to which one is an attack on your art, and which is calling you out on something you did wrong. I will label it clearly so it will be easy for you (of course, I’m making the assumption that Banks can read, so maybe I should put some pictures in to make sure);

“You are an ill-educated, dumb homophobe”.

This is calling you out on a series of homophobic remarks.

“Your music is crap and you’ll never get anywhere and I will stop your songs being played on the radio”.

That is keeping you down as an “artist”, if that’s what you insist on referring to yourself as.

What doesn’t she get?

I’m actually asking. Is she just incredibly stubborn, or is she really this stupid? I’m genuinely perplexed. Maybe…just maybe…people will stop referring to you as homophobic if you stop saying things that are blatantly homophobic.

Is anyone else astounded by the new, free NME‘s disturbing lack of musical content?

The Pope is releasing a pop album. Isn’t it incredible to live in a world where gag articles from The Onion and real life are so interchangable? What next? A movie where Abraham Lincoln hunts vampires? Oh, wait…

Justin Bieber said he wants to “live like Jesus“. Which would technically include trashing a temple. Biebs, I thought you were putting your bratty behaviour behind you (after releasing how unpopular it was with your fanbase).