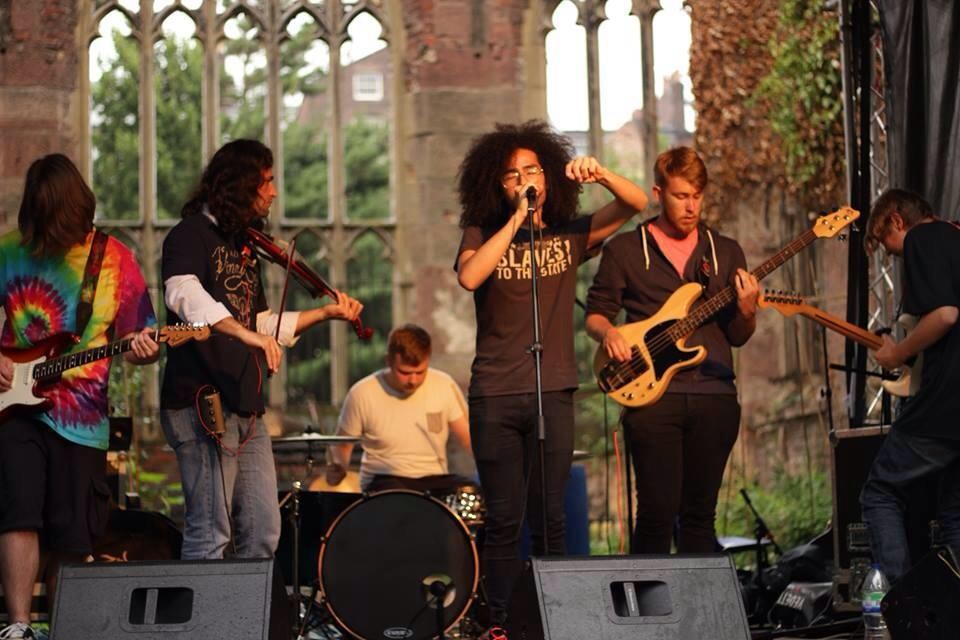 Getintothis’ Craig MacDonald falls under the spell of the growing powers of upstarts Gyrus as he succumbs their hypnotic majesty.

When a group gives a description of themselves, the norm is to churn out some banal tripe that is almost as sterile as the music they produce. So when a band says ” If you’e looking for an indie band, that ain’t us. There’s plenty of bands in the area that churn out that shit” it feeds your curiosity to know if they can match up to this bold statement and not fall into the fecal indie bucket.

Thankfully Gyrus make good on their statement and are in no danger of being in the indie stink net. This is a band that is bursting with zest and vigor who are very much nothing like anything in this area. They conjure up images of Bedouins meandering through a scorched desert of sonic sounds with their trippy Arabian tinged pysch offerings.

Reminiscent of Physical Graffiti era Zeppelin, on tracks like the colossal Better Person, Gyrus create building rhythmic assaults of psych fused guitars against climbing pounds of tribal drumming. On Hudea, the haunting vocals etched across the waves of Middle Eastern melodies is an astonishing assault on the audio senses.

With more new offerings on the way shortly, we cant wait to here what Gyrus unleash upon us next. ‘Til then we suggest you get yourselves acquainted with this gang of noise tourists. Unless indie is your thing, that is.