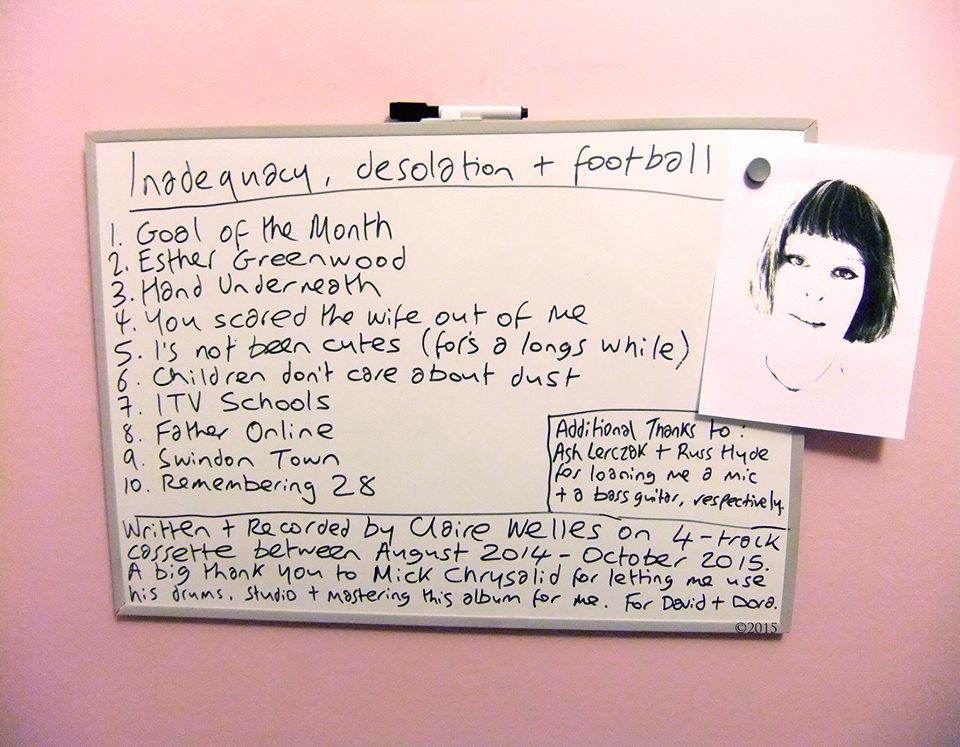 Claire Welles has never been an artist willing to rest on her laurels and take the easy route. Quite the opposite. Her music has frequently been challenging and, some might attest, difficult. Indeed she has drawn praise from GIT Award nominee Esa Shields for her bravery and her artistic vision. If given the time her music has often been worth the effort.

Read our profile of Esa Shields

However, where earlier works where characterised by a lo-fi and DIY aesthetic coupled with a strongly avant-garde sensibility, latest track Esther Greenwood is an altogether more polished recording and, dare we say it, a more straightforward listen.

Opening with a punchily vibrant and intoxicatingly persistent beat that carries the track throughout, the song is a bright and sprightly synth-pop workout. Nonetheless it retains an acute sense of mystery. The repetitive refrain, “Sylvia’s gone“, asks the listener more questions than it answers. Who is she? What has she done? Just why has she gone, “head in the oven, hands in the air“.

Thankfully, like much of the best art, this remains happily unresolved allowing the listener to invent their own hypotheses.

What makes this track so compelling is the arresting combination of lyrical ambiguity and its glitzy and colourful danceable melody and catchy beats. It certainly suggests a more accessible approach yet it doesn’t sacrifice Welles‘ artistic vision.

The track is taken from forthcoming new album Inadequacy, Desperation & Football, the title of which serves to hint at its possible themes. On the evidence of this release it is one that we’ll look forward to immensely.