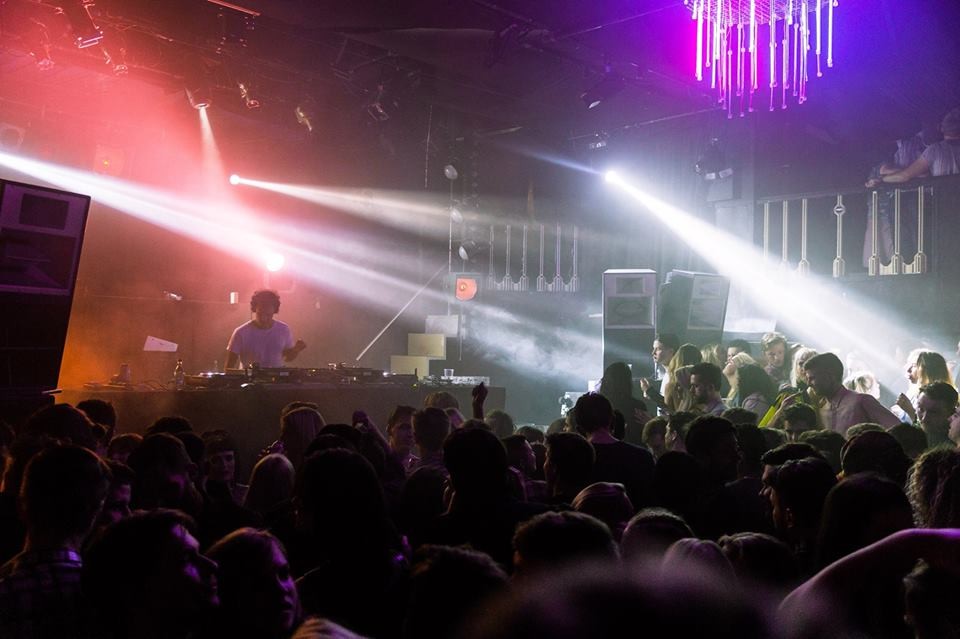 As Four Tet returns for one of the final Abandon Silence shows at the Kazimier, Getintothis’ Mike Townsend discovers why the iconic producer is a huge favourite on the Liverpool scene.

Despite a rigorous touring schedule, Four Tet still has this enigmatic presence whenever you see him DJ. Perhaps working with the likes of Burial and Thom Yorke has elevated him to similar levels of inscrutability. Or maybe he is just that good; so good that you just have to see him for yourself.

Kieren Hebden has always maintained that he is a producer first, DJ second. And with a scene based so heavily on club nights rather than live shows, he has had to learn on the job, moulding and cultivating his identity as a selector in real time as it progresses and evolves. A Four Tet DJ set six months ago can be an entirely different prospect to what it is today. His latest Boiler Room appearance last July contained rare Brazilian 45s (Cala Boca Menino – Joao Donato) and forgotten soul classics (Connie Laverne ‎– Can’t Live Without You), whereas his Brixton Academy all-nighter in September kept things closer to the dancefloor with stompers like Floorplan’s Never Grow Old Replant and Floating Points’ Vacuum Boogie.

Andrew Hill and S.G. Lewis share warm up duties, and song’s like Butch’s Dope and Paul Kalkbrenner’s rolling remix of Michel Cleis’ La Mezcla dangling that moment of dancefloor euphoria in front of us like all good warm up DJs do before moving it out of reach.

Four Tet is greeted with the same adoration as you imagine Jurgen Klopp would if he decided to have lunch at The Grapes. And it’s true; he is something of a cult hero amongst the Liverpool electronic music scene. His two all-nighters in the Shipping Forecast’s basement, reportedly both on his request and at a fraction of his usual booking fee, have both further cemented him into the hearts of the city’s promoters and dancers, with ‘Four Tet is a scouser’ chants following every show.

It’s a varied, undulating set tonight, with old reggae gems weaving seamlessly between dancefloor stompers such as the aforementioned Never Grow Old replant. He even had the audacity to drop a complete, unedited version of Justin Bieber’s What Do U Mean as if he was in the front room of a house party fucking around with his friends. It’s a testament to the type of atmosphere Abandon Silence has created over the years, as well as Four Tet’s almost unrivalled popularity amongst all corners of UK dance music, that this provided one of the most joyous moments of the entire evening.

His now widely acclaimed remix of Pryda’s Opus is an inevitable highlight. That five minute breakdown, where synths overlap and tangle to create this almost unbearable tension that threatens to never subside before everything finally unravels; all while the entire room performs the most patient, impeccable sit-down stand-up possibly ever seen. It’s the sort of moment that you thought clubbing was about when you were eleven and accidentally put MTV Dance on, or the kind of thing that would have been in the blueprints of the scientists who first discovered MDMA.

This is what Four Tet’s enduring popularity as a DJ can be credited to. There is no pretence here, no agenda, just some dude spinning his favourite records for three hours and then going back to his hotel to do it all again somewhere else. It’s a shame that Abandon Silence is approaching the end of its time in The Kazimier. They seem to have created this kind of alchemy between clubnight and venue that very rarely exists; the sort of bond that FWD had with Plastic People or Sub Club and Espacio, where the very walls and floors feel like the best house party you’ve ever been to. Still time for one final hurrah next week though, with Hunee and Jeremy Underground going back to back all night in that famous building as the curtain on this chapter closes and the pages are laid out for the next.