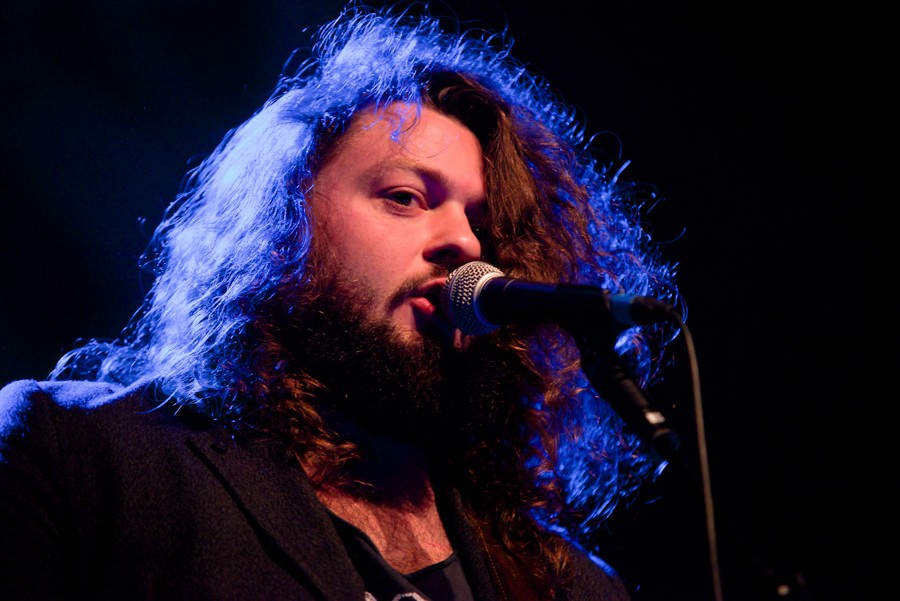 Its been an exciting couple of years for John Joseph Brill. A move north to a new life in Liverpool, a new band, an impressive reaction to his first EP, Pieces, a new record deal in the offing, highly acclaimed live shows, much press attention, and now, fresh recordings including this from his latest sessions, The Grape And The Grain.

Armed to the teeth with piles of Leonard Cohen, Bowie and Neil Young records, his northbound excursion led him to a new period of writing following the break up of his London based heavy rock band. This year has brought shows with Richard Hawley and Grant Lee Phillips, support from Radio 1 and 6Music, and two incredible showcase gigs at Reading and Leeds, as well as the acceptance of the people of his adopted city, as one of theirs, a Liverpool act, for sure.

The song opens with a sweet sounding folk guitar riff, before the trademark beautifully scratched baritone vocal adds a welcome warmth. Drumless, and stripped bone-bare, its slightly reminiscent of folkie Chris Wood‘s best work. The song carries a melancholia found in the ordinary and extraordinary of all of our lives. As with much of Brill, there’s a hint of Brel in the lyrics, which find him almost revelling in the underlying dark moments of modern life, he explores and exploits his own weaknesses, our weaknesses, in the most beautiful way. The simplicity of this hope tinged song of loss, and, at under three minutes, its brevity, are both undeniable strengths. 2016 is around the corner, and so is John Joseph Brill.

Share. Twitter Facebook Google+ Pinterest LinkedIn Tumblr Email
Previous ArticleAdy Suleiman: The Magnet, Liverpool
Next Article Dragged Into Sunlight – “We would not exist in a perfect world” – a story of noise, metal and collaborations