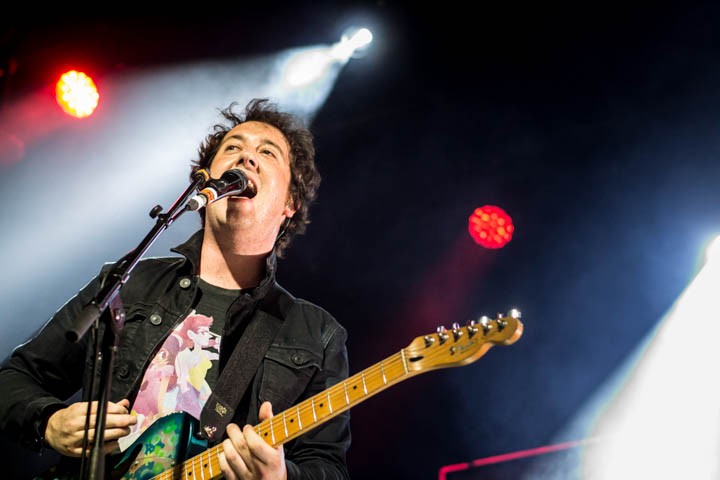 The Wombats return home to Liverpool Guild of Students

Getintothis’ Vicky Pea clambers up to Mountford Hall to see The Wombats play their third Liverpool show of 2015, would it be a case of supply meeting demand, or overzealous overkill?

Earlier this year The Wombats warmed up for their then forthcoming European tour with an intimate show at the Magnet. Three months later they returned to a sold out O2 Academy as part of that tour. Tonight the trio complete an impressive hat trick, even if it is slightly less impressive than originally planned, as this gig had been initially booked for the Echo Arena. In a way, that pretty much sums up the Wombats career thus far. Popular, ambitious, but always falling short of the “big time” success that 2007’s A Guide to Love, Loss & Desperation made us believe they could achieve.

Another Merseyside act with hopeful expectations slung over their shoulders thanks to sensational summer tune Growing Up is The Night Cafe, formally known as CANVAS – which remains a much better name to be honest. We’re not sure what the thinking is behind the change but we can only hope it’s not a departure musically from their previous hazy youthful exuberance. Their latest track Addicted certainly retains the mass pop song appeal their first offering delivered on, and with the exposure of a UK support slot with their peers and a headline show at the Buyers Club next month things are only looking up for the Liverpool quartet.

Check out the Night Cafe’s (aka Canvas’) massive summer tune Growning Up.

The second support slot belongs to Reading four piece Sundara Karma. Euphoric, zippy and with chorus’ that the minds eye places firmly on a stage far bigger than the ones they currently find themselves on makes it the perfect time to get on the Sundara bandwagon and with a new EP slated to drop any day now 2016 could well be their year. Already in command of a refined stage presence and catchy sing alongs such as Vivienne and Run Away we see the attractive festival circuit beckoning in their direction. If you need more convincing you can see for yourself as the band play their own show at The Magnet on November 4.

Terrific support acts aside it becomes pretty clear however that a rather hysterical crowd are here for one thing only. A proper Wombats love in. We’re talking fainting girls, guys on each others shoulders singing into their pints and bra’s on stage. We exaggerate not. The downsize from the Echo to Mountford Hall (even if it did bruise an ego or two) results in an almost comedic pandemonium that this 26 year old couldn’t help but an altogether different kind of hysterical. Maybe we’re missing something? Or maybe we’re too old? The crowd certainly pointed to both.

As the band take to the stage the hall erupts with love and affection and the opening tracks – Glitterbug’s Give Me A Try and The Modern Glitch’s Jump Into The Fog are over in a flash and Moving To New York takes on a life of this own.

In fact every song from A Guide to Love, Loss & Desperation is given the full iconic treatment by the crowd and voices are left horse as eight years on from its release the album continue to grow in popularity and garner new fans.

Some would probably question why we’d have the audacity to call it a problem, with their last two records making it into the Top 10, successful world tours, adoring crowds and whispers of fresh tiger bread and hummus on the rider it sounds like the life of Riley. There’s only one word that can take the shine off of The Wombats story in their minds. Arena.

It matters not tonight though and the band endeavour to enjoy the evening just as much as the fans. It’s a mutual affair by all accounts where all roads lead to one thing. I’m back in Liverpool, And everything seems the same. 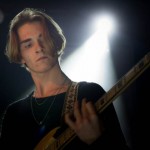 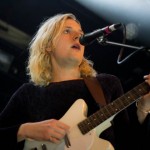 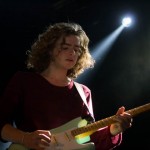 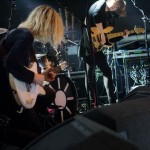 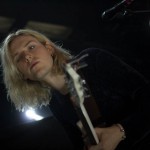 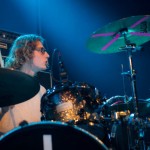 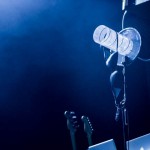 Bring your own Bra? 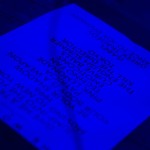 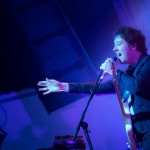 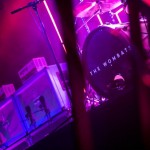 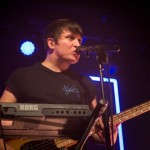 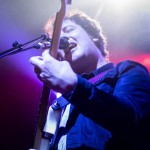 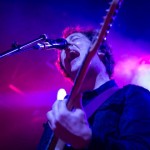 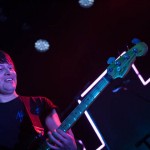 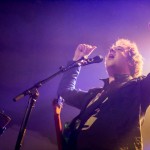 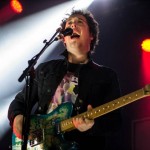 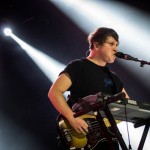 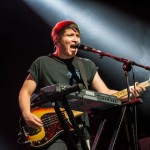 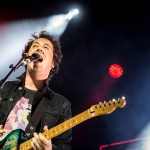 The Wombats return home to Liverpool Guild of Students