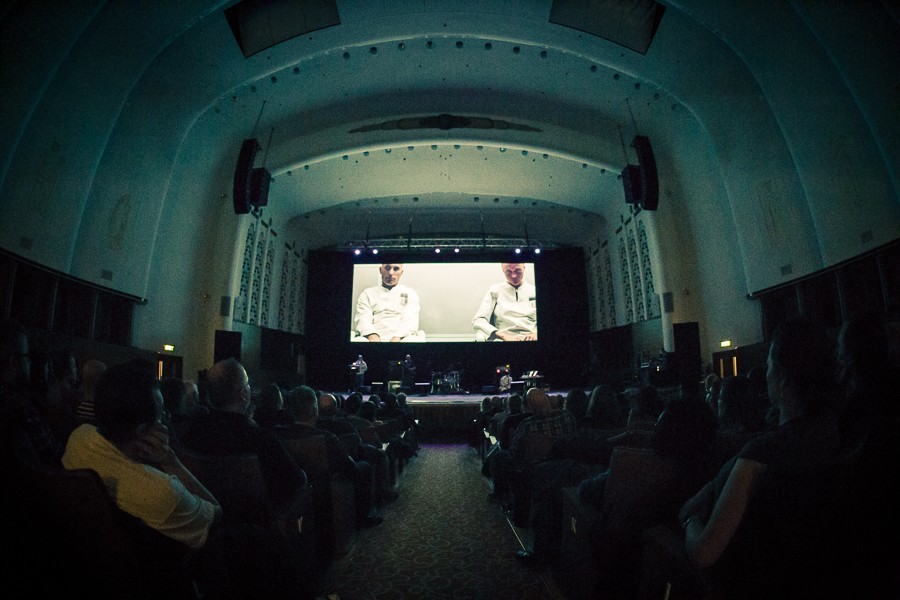 A ragga-electronica band playing the soundtrack to a 70’s cult classic sci-fi movie? With a full screening of the film? In the Philharmonic Hall? Sounds like one for resident nerd, Getintothis’ Chris Hughes…

On a day when Star Wars fans around the world have been treated to the final trailer for the franchises latest instalment, it seems coincidentally fitting that we head to the Liverpool Philharmonic for a celebration of the soundtrack to George Lucas’ first movie, THX 1138. Released in 1971 to initially unfavourable press, the movie has gone on to become a cult classic and has an impressive 88% score on Rottentomatoes.com.

A dark and dystopian vision of the future in the same vein as 1984 and Brave New World, it’s a downbeat experience that is a galaxy away from Lucas’ more famous work. Written and composed by Lalo Schifrin, the soundtrack combines baroque, brooding strings and choral work to create a truly unique soundscape for a truly unique world. Asian Dub Foundation have played film scores in the past, and guitarist Steve Sevale says ‘after the success of Battle of Algiers and La Haine I wanted to find a film that’s technically possible to re-score so that audiences can actually watch the film and experience the music live… it was very important to respect the avant-garde, classical, discordant soundtrack that’s there – by one of my great all-time heroes’. So soon after Xiu Xiu played another iconic soundtrack- Twin Peaks– at the Kazimier, it’s going to be interesting to see what ADF’s interpretation can offer.

Taking our seats, the bands gear is set up under a projection screen with an image of the films iconic robot policemen. Just a glimpse of their silver not-quite-fully-human face is enough to set the unnerving tone that runs throughout the whole feature. There’s an eclectic crowd here, and a seemingly equally eclectic number of reasons for each audience members’ presence tonight, but it seems more have come for the specific soundtrack being played than to see ADF. The band walk out to applause and cheers, and we sit back as the title credits roll.

We learn two things right away: Firstly, that this interpretation is heavy and more aggressive that the original score, and secondly, that there’s an issue with the sound levels of the band versus that of the movies dialogue. Don’t get us wrong, the music sounds great, especially the slow rumble of bass from Martin Savale and some seriously nice flute work from Nathan Lee. But it’s really difficult to hear what’s being said, especially through the early confession booth scene, and consequently a lot of it ends up as incoherent feedback through speakers that aren’t set up for cinema-esque use.

Thankfully, the film itself being very iconographic, there are scenes when the music and visuals marry brilliantly. The frantic double-time beats and Vangelis-esque electronic arpeggios that accompany the ‘mindlock’ scene have us on the edge of our seat as it seems our heart is pumping in time. Later, whilst the character SEN 5241 confesses to an eerie robotic deity, there are menacing electronic strings dotted with slow plucks of raga guitar that border on the sound of a sitar. And the classic ‘jetpod’ chase reprises the ‘minlock’ theme perfectly, our pulses racing to keep up. The closing credits scene, where THX reaches the surface and is silhouetted against a blazing sun, is iconic and ADF do it justice with a powerful version of the main theme.

Unfortunately, this isn’t enough to win most of the crowd over, and we leave with a feeling that this could have been so much better if the sound issues had been addressed at the time. Perhaps if the show had gone ahead in the newly built music room at the rear, the acoustics would have been more suited to cinema viewing. Great music and a great film, but the two just didn’t quite work together on the night. 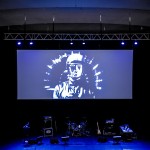 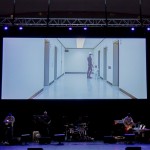 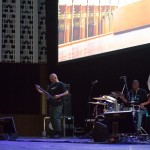 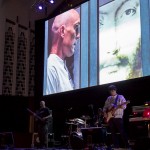 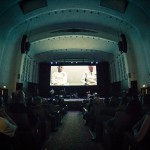