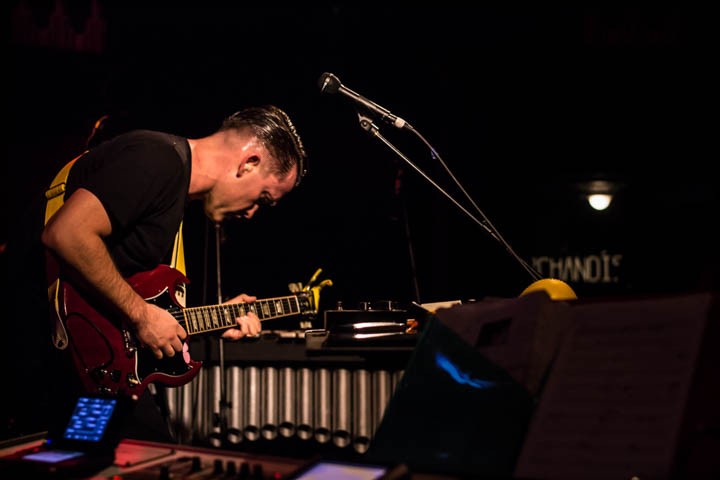 Playing the music of Twin Peaks for a packed Kaz, Getintothis’ Shaun Ponsonby finds the Californian noisepop group displaying a fitting tribute and an artistic triumph.

The 1989-1990 TV season in the USA of America gave us three programmes that would ultimately change television forever; The Simpsons, Seinfeld and Twin Peaks.

Earlier this year, Constellations gave us a wonderful Simpsons celebration in the form of the No Homer’s Club exhibition. And tonight, Liverpool was host to a celebration of David Lynch’s iconic and surreal Twin Peaks, courtesy of the Californian noisepop group Xiu Xiu.

The Kazimier is the perfect venue to host a Twin Peaks celebration. Making our way to the bar, which is shrouded in red lights and has a floor with a similar pattern to that of the Black Lodge, we always half expect a backwards talking dwarf to show up no matter what band are playing.

Gauging the conversation around the Kaz, we tried to figure out if the audience were primarily made up of Xiu Xiu fans or Twin Peaks fans. Suffice to say, we eavesdropped on more conversations Peaks-related.

James Binary opened with an engaging set of experimental electronica. Overall, the sound he produced gave the feeling of some kind of futuristic sci-fi horror movie soundtrack. There was an unsettling feel to much of what he did (in the best possible way, of course) and managed to capture the attention of the crowd throughout his short, hypnotising set.

Just before Xiu Xiu appeared, the screen at the back started showing some Twin Peaks iconography. It would be easy to go for cherry pie, coffee and The Log Lady, but the images the band chose to show were some of the more symbolic. Most notably, the unsettling fan that spins in the Palmer household’s hallway, indicating the terror of Laura Palmer’s bedroom.

Actually, it may be difficult to convey this gig to anyone not immediately familiar with Twin Peaks. Much of what happened could be a little confusing to anyone who isn’t and may need some explaining. At the same time, we don’t want to be putting spoilers in here for anyone who has never seen the show. So, allow us to tread very carefully.

Read about the unseen influence of Twin Peaks on modern music here.

Angelo Badalamenti’s beautiful score of both Twin Peaks TV show and spin-off movie Fire Walk With Me were interpreted by the band in their own, unique style. This wasn’t just playing the music as we hear it on the soundtracks. They also sequenced the music in such a way that it felt like a re-telling of the story as a whole.

Interestingly, they opened with Laura Palmer’s Theme, which would usually play on the end credits of Twin Peaks and held off from playing the main title theme Falling until near the end of the set.

Despite the iconic nature of the soundtrack from the first series, it was actually music from the aforementioned Fire Walk With Me that most powerful, Xiu Xiu’s noisepop being perfect for tracks such as The Pink Room.

But it was Sycamore Trees from the series finale – performed by jazz legend Jimmy Scott on the show – that completely stole the night. Frontman Jamie Stewart seemed to transform in front of our eyes. He became a completely different person. His performance silenced the audience. Whether you could hear a pin drop is debatable, but you could definitely hear individual photographs being taken on phones. It was one of the most spellbinding and haunting performances this writer has ever experienced.

The final act of the show saw band member Shayna Dunkelman read a particularly emotional passage from The Secret Diary of Laura Palmer, in which the doomed Laura  describes her anguish in relation to her regular attacker, before Stewart sang Mairzy Doats, backed by an unsettling atmospheric sound. Those familiar with Twin Peaks will understand the emotional punch, and juxtaposition of using a song as silly as Mairzy Doats in this way, and the dread that this all symbolises. Like Twin Peaks itself, there was an air of darkness, horror, surrealism and comedy all at once.

It was an artistic triumph as much as it was a fitting tribute to one of the most revolutionary pieces of work to grace both television and the “soundtrack” section of your local record store.

So, since we’ve now paid tribute to The Simpsons and Twin Peaks, I guess some kind of Seinfeld-inspired event is just around the corner? 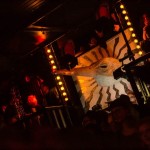 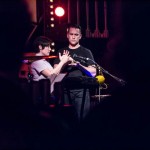 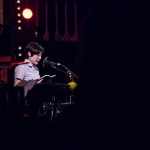 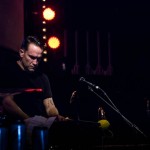 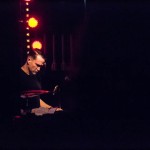 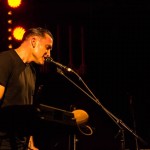 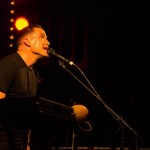 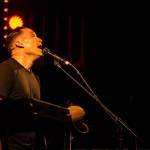 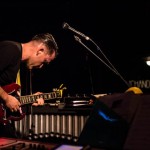 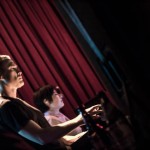 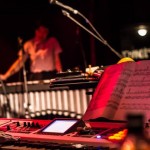 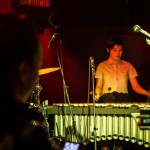 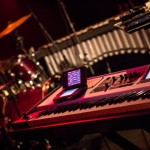 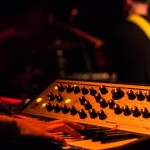