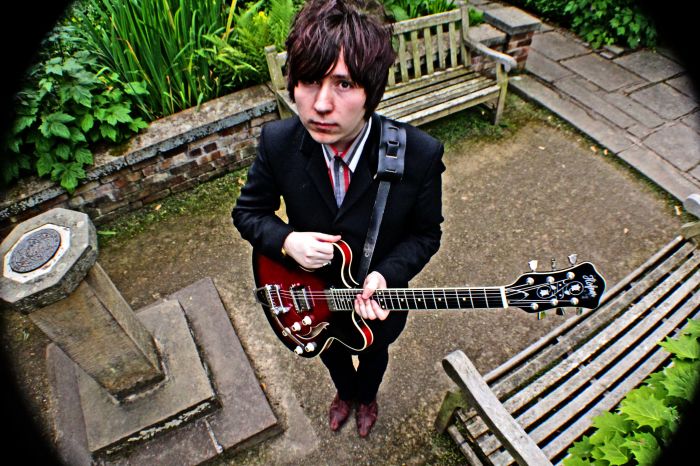 Recently signed to Deltasonic, Tom Low (the artist formerly known as Tom McConnell) seems to have dispensed with the proto-psych mid– 60’s production values of Balloons and his first single Phone, taken from his forthcoming EP, mines the current trend for quirky electro-pop.

It opens with a spooky 50’s extra-terrestrial TV show intro and the clipped tones of a post-war middle-England couple saying, ‘Darling,there’s someone on the telephone’, (think Brief Encounter meets The Twilight Zone). The cover image of said couple wearing telephone headgear completes the retro feel.

An “Answer the phone, so I can see you today, all I hear is the same old dial tone” plea places this in a long line of telephonic songs of separation and longing – “don’t leave me hanging on the telephone”, “long distance information give me Memphis Tennessee”, the list goes on.

The vocals alternate between lush, spacey harmonies and discordant drones, “ring-ring” and “phone-phone” repetitions are heavily treated, as is a passage of repeated, garbled “hello”s which outdoes Public Image Ltd’s Public Image intro (6 hellos) but is left in the shade by The Bonzo Dog Band’s Mr Slater’s Parrot (too many hellos to count).

The song rides along on a bed of crisp drum patterns and prodding synth and towards the end there’s a great 30-second burst of fuzzy guitar warmth, which we find ourselves craving more of, before another, familiar recorded message – ‘please try again later’ – leaves us in a love sick limbo.

Novelty record or new direction? We await the new EP with interest.