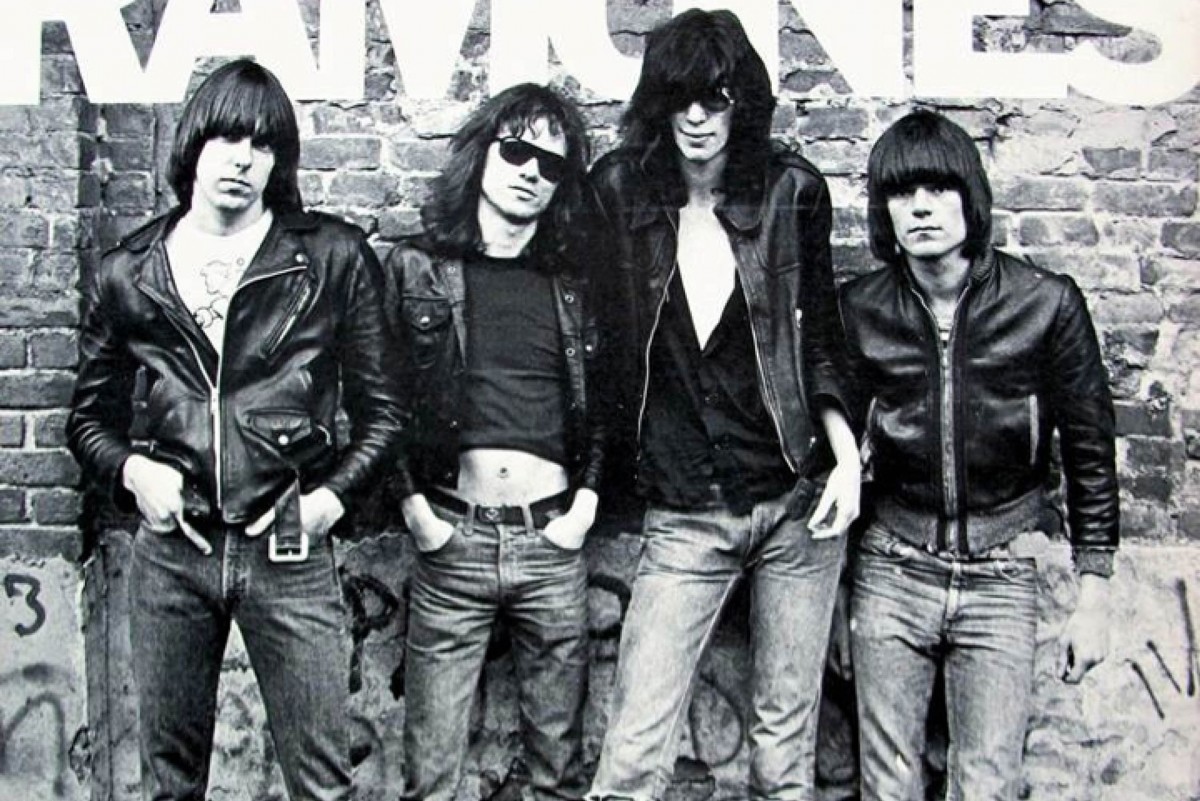 The Ramones – did they ruin punk?

Reflecting on the golden age, Getintothis’ Banjo String vents his fury at The Ramones, their pernicious influence and how they eradicated individuality and intelligence from punk rock.

Now I know they have become something of a sacred cow and that a lot of people I respect rate them very highly, but I have something to get off my chest –  I hate The Ramones. There, I’ve said it. To be more accurate, what I hate is I think they had a disastrous effect on punk from which it never really recovered. I know, I know, but let me explain…

First of all, punk was a major life changing event for me, without it I would not be the person I am or have lived the life I have lived. I owe it a lot and I love it dearly. But the punk that had this impact on me was as inventive as it was incendiary, as thoughtful as it was terrifying. For me, The Ramones were not part of this and, as their shadow crept more and more into the new wave of bands arriving almost daily in 1976/77, a lot of the things I love about it were lost.

I can understand them seeming revolutionary in 1975 and 1976, both the breakneck speed and the brevity of their songs going against the prevailing mood of the times, but to my ears that’s where any kind of punk ethos started and finished. I acknowledge too that the movers and shakers of what was to be Britain’s punk scene were all on board very quickly, and The Ramones gigs in London were a rallying point for many of the early faces.

I further understand that if you picked up a guitar for the first time as an angry teenager in the late 70s, Ramones songs were an easy role model to follow.  But, their cartoon-rock take on Beach Boys melodies had no intention other than to be a novelty band, no agenda and nothing really to say. My main point of concern is that the first wave of British punk bands were making music that was different to each other and didn’t conform to a pattern, the rallying cry being “Be individual, think for yourself”, and The Ramones‘ influence on many of the bands that followed halted this in its tracks and contributed to the uniformity that dogged certain parts of the scene all too quickly.

As punk started in Britain, early gigs by The Sex Pistols seem to have a had an almost messianic effect on some of the audience, Steve Jones recalled seeing people coming to shows with long hair and flared jeans, only for them to turn up to subsequent shows with short spiky hair, drainpipes and home made t-shirts; clearly things were changing. (Incidentally, it is very telling that the only Sex Pistol who really fell for The Ramones was Sid, and we all know how that one turned out).

The bands that formed in the Pistols’ wake picked up the call for individuality and set about creating bands and songs of their own. This first wave included Buzzcocks’ spiky pop, The Clash’s urgent attack, The Slits’ defiant noise and X Ray Spex’s sax driven songs of consumerist concerns, all notable for creating their own style as they went along.  Other early bands formed in these heady days were Wire, Siouxsie and the Banshees and The Damned, all with their own identity, agenda and reason for being.

This is not to say that there were no three-chord thrash bands around, there were, but looking back it is striking to think how different it all sounds, particularly as the prevailing wisdom of the time, at least for those set against the new movement, was that it all sounded the same. John Peel once described The Slits as being where an inability to play met a determination to play, whereas The Ramones were proficient musicians pretending to be bad ones, dumbing down their abilities. One gets the feeling that if The Slits were as skilled at their instruments the music they made would have made the most of these skills, not played them down.

You may well think that without The Ramones the Brits would never have had the confidence to pick up their guitars and form bands without first feeling they had to learn to play like Jimmy Page or Steve Hackett, but I disagree. The punk scene that started here was a reaction against what was going on at the time rather than picking up on any ideas from America. Plus there seems to have been something in the air in 1976/7, with bands such as Manchester’s Buzzcocks forming for similar reasons, away from the capital. Those who did pick up instruments and formed bands in those early days then learnt to play them in public and, initially at least, made a noise that was all their own.

How did we get from this spirit of inventiveness, this instinctive need to create something that was new and different, to the desire to play something that sounded like punk put together by Sun readers. Listen to The Slits‘ New Town, and then to The Exploited’s Dead Cities.  How did we get from one to the other?  Well, we could blame the pernicious influence of The Ramones!

To be fair to the band, we can lay a fair amount of blame at the feet of new bands taking the easy option to play ramalama punk like The Ramones rather than taking up the call of the early British punks to be individual, plus it must certainly have been easier. The Ramones themselves can not really be held accountable for the way their own style was picked up and imitated, but I do wonder what would have happened to punk if The Ramones had never existed or been so looked up to.

I do think it all would still have happened without them, but would have evolved differently. Patti Smith, Television and Blondie were also held in high esteem by Britain’s early punks, but for some annoying reason it was The Ramones who seem to have set a blueprint. To me, The Ramones embody dumbing down, playing up stupidity rather than treating your intelligence as your biggest and best weapon. “D U M B everyone’s accusing me” is no God Save The Queen.

On that note, let’s take a look at lyrics. Caroline Coon tells a story of seeing an early Pistols gig and coming to the realisation that Johnny Rotten was a poet, and it’s easy to see what she means.  Looking at his lyrics there is intelligence, cynicism, anger, disgust… what’s not to love?

“When there’s no future, how can there be sin?
We’re the flowers in the dustbin
We’re the poison in your human machine

“I don’t believe illusions, too much is real

“Claustrophobia; there’s too much paranoia
There’s too many closets
So when will we fall”

The only Ramones record I bought was Rockaway Beach, where they proclaim,

“Chewing out a rhythm on my bubble gum
The sun is out and I want some
It’s not hard, not far to reach, we can hitch a ride to Rockaway Beach
Up on the roof, out on the street
Down in the playground, the hot concrete
Bus ride is too slow, they blast out the disco on the radio

Is it any wonder I never bought any more of their records?

For me it is an intriguing idea to think of an alternative punk timeline, where the stereotypical punk noise was never set and perhaps The Lurkers or Sham 69 never existed. Where the creative heart of punk was never overrun and where the shock and art (for want of a better word) of early punk was allowed to flourish and became what it was known for, and where being a punk meant more than wearing a leather jacket, ripping the knees of your jeans and playing  D U M B.