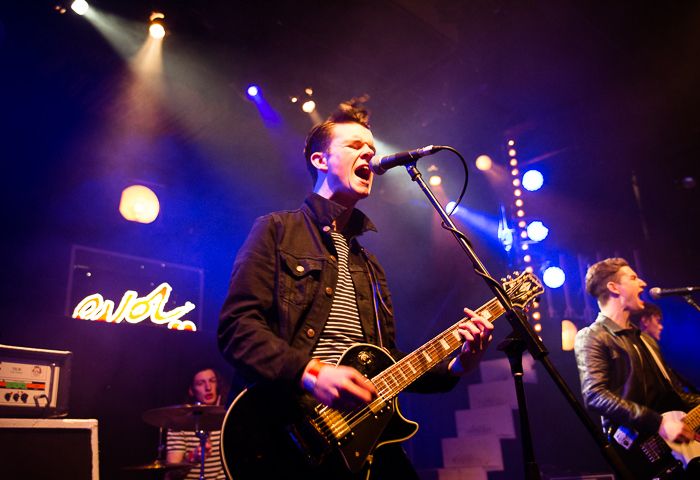 Sugarmen are proving just why they’ve landed slots with the likes of Blur, The Who and Paul Weller with barnstorming new single Dirt, Getintothis’ Patrick Clarke has the exclusive stream.

Already long-standing favourites for all in the know on the Liverpool live circuit, alt-rockers Sugarmen are now a band with bigger things in their sights, new single Dirt a major statement of arena-sized intent. You can watch the exclusive video for the song below.

The track, which you can stream exclusively below, is a quick, fiery burst of crisp guitars and a soaring, singalong chorus, perhaps the best recorded example yet of their compelling, high-octane live reputation.

With production courtesy of The Clash‘s Mick Jones, who was so impressed by the band’s demos he recorded ten tracks with the group in Paul Weller‘s studio, it’s easy to see the legendary songwriter’s influence on a sharp, propulsive edge to the guitars reminiscent of his former outfit’s finest work.

The single, released April 13 on Poor Old Soul Records, is about as strong a declaration as possible for the up-and-comers, especially given the size of the Sugarmen‘s upcoming gigs for this Summer.

The foursome are currently coming to the close of a tour with Paul Weller, and will hit the heady heights of Hyde Park twice this summer, supporting Blur on June 20 and The Who just 6 days later.

They also hit Dot to Dot Festival in May and Kendal Calling on August 1, and played with Sleaford Mods at their incendiary Liverpool set earlier this month.