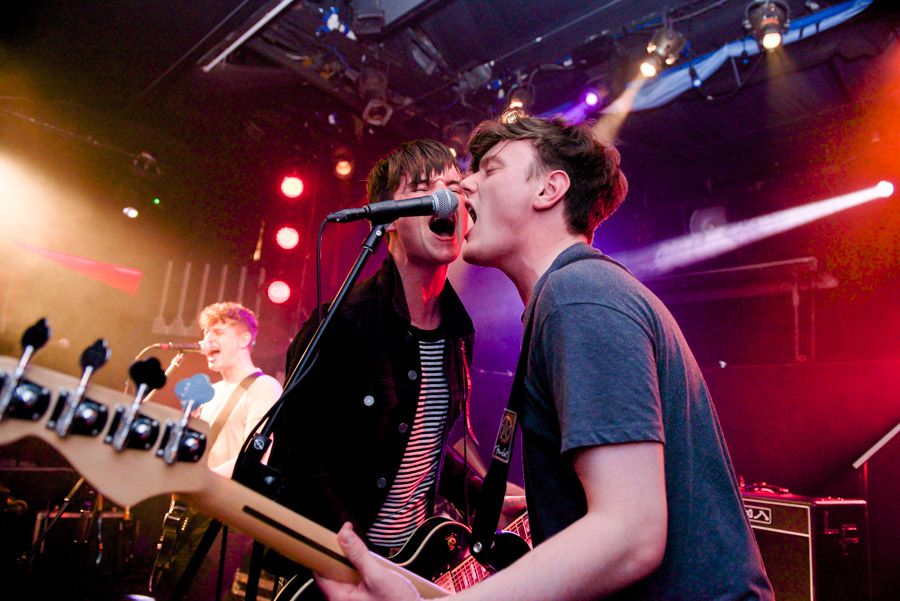 Sugarmen release the video for their second single, Getintothis’ Nathan Scally takes in the visual kaleidoscope on a first play.

Liverpool four-piece Sugarmen are back with their second single Plastic Ocean. After releasing their debut Dirt at the beginning of the year they have played a host of gigs throughout the year including an autumn tour throughout October and November. Followed by Liverpool Music Week’s closing party, and the upcoming show at District on December 11.

Having secured much deserved airplay over the past few days Sugarmen are looking good at securing a fan base to end their triumphant breakout year.

Liverpool Music Week 2015: take a look at our comprehensive reports.

Plastic Ocean kicks off with a catchy riff with the upbeat melodies almost Peace-like. Instead of being too busy and hoping magic falls out of the chaos, Sugarmen have instead carefully crafted a quality tune together with the use of brilliantly-played guitars, well hit drums, and almost haunting (in a good way) lyrics. This well put together song will take over a venue effortlessly in a live arena.

As a very special exclusive, you can get a first look at the video on Getintothis (see below). The video uses classic psychedelic imagery and perfectly matches the song’s hectic energy.

With tracks like this Sugarmen’s airtime trajectory is soon to be on an exponential increase. Look out for their upcoming gigs. Catch them while they’re cheap is advice to follow. Very soon word will get out and they won’t be our secret much longer.