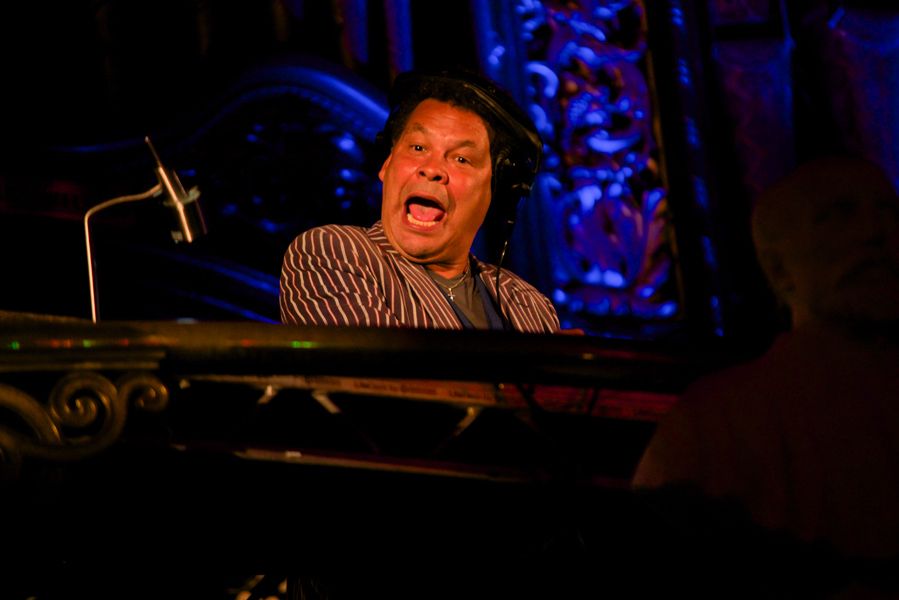 With the UK’s leading advocate for The Funk staging a festive homecoming gig, Getintothis’ Shaun Ponsonby just couldn’t miss out.

It’s easy to get your snob on and scoff at the celebrity DJ. Most of them just show up and effectively put their iPod on shuffle, wave for a bit and that’s it.

Credit to Craig Charles. Not content with being a poet, comedian, actor and, if the fly-on-the-wall documentary Red Dwarf is to be believed, the last human being alive, he has also built up a reputation as being one of the loudest advocates of funk and soul in the UK.

Inside Camp & Furnace, it’s completely rammed. A surprising number of people are being turned away at the door. One guy outside asked us if we had a spare ticket about three times. There seems to be a bit of a buzz in the air.

Amazingly, an unannounced Smoove & Turrell warm up the crowd. John Turrell looks nothing like he sounds. Out of his Geordie, Guy Garvey-esque demeanour comes an incredibly authentic soul voice. He sings several songs throughout the set, bookended with mini-DJ sets from Smoove.

Can Liverpool lead a funk renaissance?

Charles’ festive homecoming has brought out a diverse crowd; funky connoisseurs, general partygoers, BBC 6 Music listeners, celebrity watchers and Coronation Street fans amongst them. You can usually tell who belongs to what crowd by their reactions to the various grooves.

The real funk heads come alive most for the likes of Bobby Byrd’s I Know You Got Soul or Rick James’ Give It To Me Baby. The general party-goers are alive intermittently when they’re not trying to get laid. The celebrity watchers come alive when they shake Charles’ hand and the Coronation Street fans are the ones standing at the bar looking bewildered. Yet there are correlations, and everyone comes alive for something like The Hot 8 Brass Band’s rendition of Marvin Gaye’s Sexual Healing.

Charles is far from the finest technical DJ in the world, but frankly arguing virtuoso technical ability equals better DJ is entirely subjective. It’s like arguing that the Ramones were a lesser rock & roll band because they never made an album like The Lamb Lies Down on Broadway.

Charles is clearly passionate about the music he is playing. At times it seems like he is having a better time than the crowd, and his enthusiasm is infectious. If you’re going for a night out, we would certainly take that over a pretentious DJ too into himself to get down. And The Funk is all about gettin’ down.