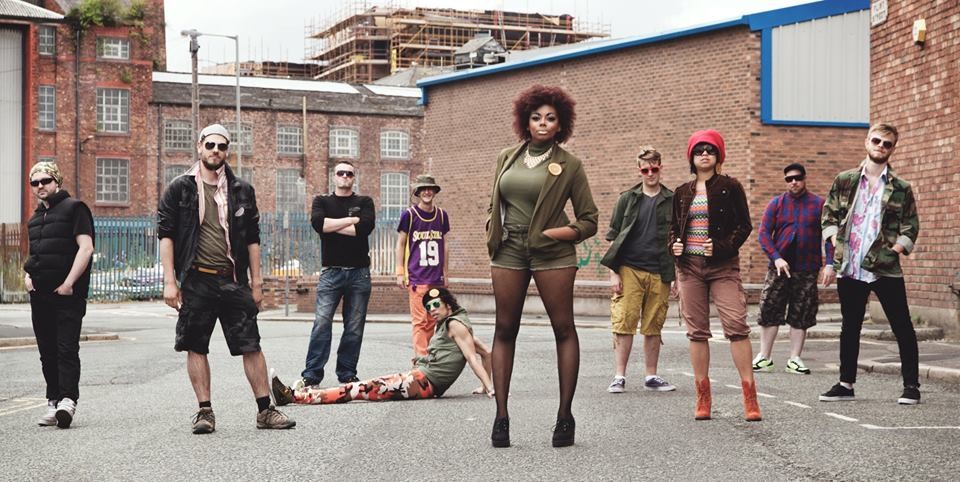 Having argued the case for a funk renaissance in the past, Getintothis’ Shaun Ponsonby finds more proof that there’s something funky happening in Liverpool.

A while back, this writer argued the case for a funk renaissance bubbling underground in Liverpool. In that piece, Lukey Beezwax from Heebie Jeebies‘ regular funk night Funk Off was interviewed, and he casually mentioned a new band who had been rehearsing called Galactic Funk Miltitia, but for months we didn’t hear a peep from them.

Then came LIMF. It was their first ever public performance where by the end of their set, in the words of our own Paul Fitzgerald, we found “the previously horizontal…crowd were soon on their feet”. This wasn’t just funk. This was rough and ready, extreme funk.

So, naturally, we were excited to find them dropping their debut single to warm up that wintertime chill.

Are we experiencing a funk renaissance?

Dance Floor Grinder is a live favourite that sounds like it’s just jammed. Perhaps this is the highest compliment. Despite the inevitable constrictions of the studio, it still sounds like it’s loose and free, and yet manages to stay focussed at the same time. Despite the 4-minute edit posted below, the full track is almost double that length and doesn’t let up.

It can be forgotten that what really makes you want to dance is something that radiates this freedom, and the enthusiasm here is infectious. It’s clear that George Clinton‘s P. Funk collective is the blueprint for the group, but they manage to avoid being a carbon copy. This is very much about their own personalities coming together.

Lead vocalist Amber might be the group’s secret weapon. It can be so easy to waste a good groove on a weak vocalist, but Amber‘s powerful and soulful performance ensures this will never be the case.

If you’re the kind who wants to stand at the back, clutching your drink with a sullen look on your face, then this one probably isn’t for you. For everyone else; free your mind and your ass will follow.