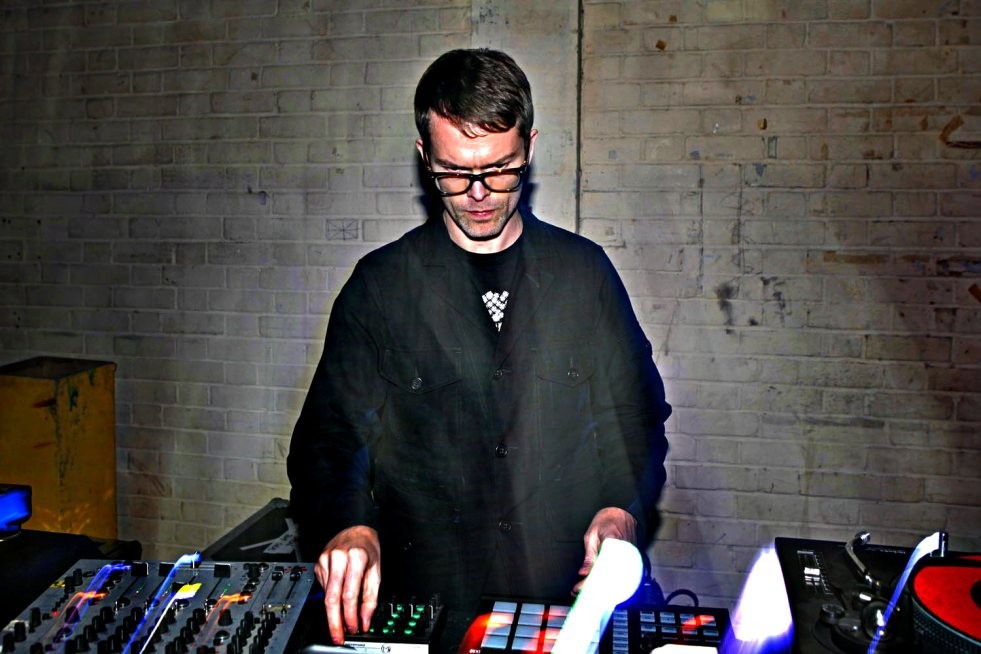 With the January blues in full effect, Getintothis’ Ste Knight looks towards February for some recompense courtesy of Surgeon, Moodymann and a whole host of club nights to get stuck into.

So, we’ve pretty much got January out of the way, and thank fuck for that. Never an enjoyable month as the Christmas and New Year comedown weighs heavy on the soul. Not to worry though, as we’ve got a whole host of dance related mana to nourish our depleted spirits.

With a raft of quality releases ready to drop in February, there’s plenty to keep you going were the old headphones are concerned. On January 29, analogue wunderkind Surgeon releases his seventh solo album on his own Dynamic Tension imprint. From Farthest Known Places takes its inspiration from the cosmos, with all of the tracks on the long-player being named after far-flung galaxies at the outer reaches of the universe. Check out the playlist below for a taste of what is to come.

In addition, deep house pioneer Moodymann (AKA Kenny Dixon Jr.) drops the latest DJ Kicks mix album. If the phrase ‘deep house’ conjures images of Disclosure, then you can take your black Nike Air and extra long v-neck t-shirt and shuffle off into the distance – Moodymann has been pushing the deep house sound for years and he knows his shit. This is wholly apparent from his mix (incidentally his first EVER multi-artist commercial release) which features tracks from luminaries such as Joeski and Kings of Tomorrow, as well as relative newcomers Noir and Haze.

Last, but definitely not least, on the LP front, Houndstooth Records have an absolute beast of a compilation set for release on February 26. Featuring some really hot artists such as House of Black Lanterns (keep an eye out for our first ever GITmix coming at the beginning of February, mixed exclusively for us by HoBL – it’ll be biggggg), Shift Work (whom we recently ran an introducing piece on) and Dave Clarke‘s _Unsubscribe_ project, you can well and truly expect to have your speakers blown to smithereens. The compilation features some cracking exclusives so check it out.

Club Nights in Liverpool and Manchester

If you actually fancy venturing out of the front door now that New Year’s Eve is but a distant, hazy memory, there’s shitloads of quality nights to keep you occupied. Here’s a round up of what is on offer in the North-West during the coming weeks.

M62 Records to champion the underground bass scene in Liverpool

If bass is your flava then you deffo need to get your ass down to 24 Kitchen Street on January 29, as M62 Records are hosting their label and record launch. With a boatload of north-west talent on show these guys are poised to bring your brown-sound fix direct to your trousers. You’ll have read in our M62 Records article that the Liverpool label is dropping it’s first record on January 30, and with so much awesome music set for release you’d be a fool to miss out. The night is to feature sets from Chig, Jay Erangey, Clash Bandicoot, Lack, Pidge, Loeki T B2B Murs, Tubz B2BLong Tingz, and Jay Spay, so we recommend getting down there and trying something a bit different from the usual house and techno affair.

Liverpool’s Baltic Triangle is blowing up at the moment, read about it here.

The boys and girls of the 303 crew are at it again. On Saturday February 6 they’re rolling dance heavyweight Andrew Weatherall into town for a mammoth seven hour all-nighter down at the Williamson Tunnels. Weatherall is a true DJ’s DJ and this is gonna be a real journey into his dance music collection. Well known for covering the whole dance continuum in his sets, a full seven hours with the maestro is going to be a treat and is definitely not one to be missed. 303 regularly pull the rabbit out of the hat with their nights and this is no exception to that rule. The promoters and residents are a great bunch, who really know how to put on stupidly awesome parties, and the crowd is always friendly and positive, just how a real dance music community should be – truly testament to the quality of the nights these guys consistently bash out.

If you fancy a proper blast from the past then Utah Saints will be right up your alley. They’re set to play the Bomb Strikes Block Party at 24 Kitchen Street on January 20. Breaks, beats and bass are the order of the day as the Saints play a very special one-off set just for Liverpool. Support comes from DJ Featurecast, who will be spinning some naughty hip-hop, breakbeat and funk, and the party is set to be started by Mooqee. DJ Rasp is also set to scratch the crowd into oblivion. 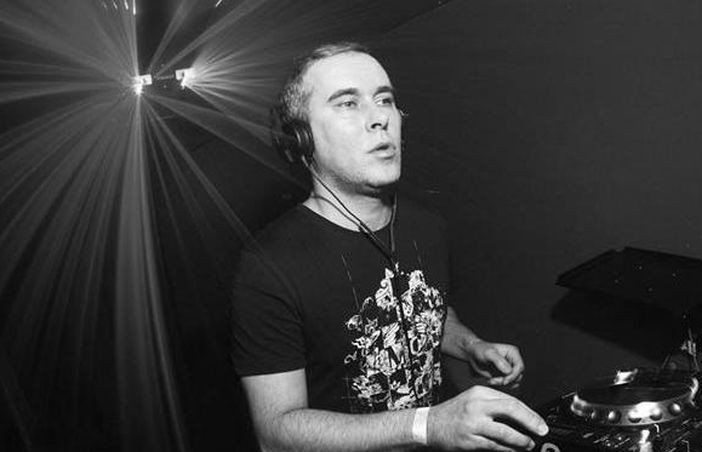 Saturday February 27 sees Lost Inhibitions in one hell of a Constellations take-over. They’ve got disco king The Reflex in to headline, and if you’ve seen his Boiler Room set then you’ll know why we’re hyping this event. The guy is a monster both in terms of production and DJing – get onto his remix of Jackson 5‘s ABC if you don’t believe us. The Observatory area of the Baltic Triangle nightclub is to host the finest in disco, funk, house and techno, as Galactic Funk Militia, Bear Growls and 2nd Sun take to the stage.

The Garden is repping the acoustic, soul and indie vibe as Thom Morecroft, The Levons, L’Shia, Katie Mac Sam Cooke and Root Note are down to get the crowd moving.

January 29 sees Motion bring Format:B down to our very own Williamson Tunnels for an evening of unadulterated tech-house. You’re bound to know their hit track Chunky, and that is bound to make an appearance at some point in the evening so its a safe bet you’re gonna shake a tail feather with the best of them. Expect to get your stomp on, these guys know how to rock a party. Support comes from Prudence, Ged Lever and Fool the Fox.

Skream will be taking to the decks at Manchester’s Gorilla

Down the road in Manchester we have the opportunity to catch Skream on the decks down at Gorilla on Saturday 6 February. Eschewing the sounds of dubstep, in which Skream made his name, in favour of house and techno, expect a faster paced set – you’re not likely to be hearing Midnight Request Line, arguably one of the dubstep scene’s biggest tracks. Gorilla are always pulling the stops out for the Manchester massive, and this night is set to do just that once again. Skream know’s his shit so you’ll be in good hands – get yourself some tickets and get down there!

Electro wizard Erol Alkan drops in to the Northern Quarter’s Soup Kitchen. The Phantasy Sound label owner plays real high energy sets and his taste in dance music is exceptional – you can be assured of some serious electro workouts when Alkan is on the decks so if that’s your bag you should head down to the Northern Quarter and satisfy your hunger for music with a bit of a dirtier edge to it. He’s played Liverpool several times and each one he has smashed it, so take it from us – his set will melt faces.

There’s a shedload of singles up for release in February. Tim Deluxe drops his JAS single on house label Strictly Rhythm. Strictly are a real powerhouse when it comes to releasing top quality records, and this is no exception. The track is backed up by several remixes, and the breaksy ‘Speed’ remix stood out as a highlight. Check it out in our playlist below.

Drum and Bass filth-merchants Black Sun Empire team up with State of Mind for their joint release, Thug. The track is a real assault on the auditory system, full on pummelling breakbeats batter the eardrums and the bassline is raspy, deep and snarling – just what you want from a drum and bass banger.

Vancouver based 1080p Records have been putting quality output in our ears for the past three years, and they’re showing no signs of letting up. Electro producer LNS dropped her single Maligne Range on 22nd January and its so good we couldn’t resist giving her a mention here. Definitely a producer to keep a close eye on in 2016, crack onto her track Guppies below – its a fucking belter and make no mistake. She’s scored some quality moody electro tracks on her latest release, get all over it now – and lap up the rest of the 1080p Records back catalogue while you’re at it because these guys are just consistently great.

Have a listen to our Soundcloud playlist below for a selection of other dance music tracks that should be rocking your headphones right now.