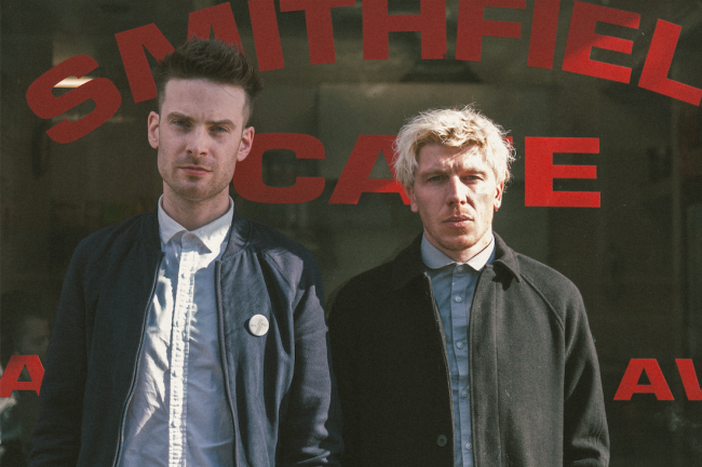 With their latest Document II EP out on Houndstooth Records, Getintothis’ Ste Knight finds delight in the genre-bending sounds of Shift Work.

Houndstooth Records have been on fire of late, with some great releases from the likes of Throwing Snow and Guy Andrews. Their latest release, new signing Shift Work‘s Document II EP, offers up two tracks of delightful oddball electronic music. This is London duo Shift Work‘s second release, and it is pretty hard to define them by genre.

With a heady mix of driving acid-techno, lo-fi, analogue electro and brooding house, the two tracks on Document II cover the gamut when it comes to quality underground electronic music.

The first track on the release is a heads down, stripped yet intricate chugger, Abandoned Hands. Employing some mesmerising vocal snippets which are very reminiscent of the robotic chatterings of Rex The Dog‘s analogue growler, Sicko, the track creates a restless, subtle build as syncopated percussion and strained keys drop in and out of the mix. Abandoned Hands is followed up with a whacked-out, tempo-dropping remix by DVA Damas.

Track two, SBFM, is a buzzing electro track with its arpeggiated synths and occasional waves of harmony. The result is a track which sounds like it has come straight from a futuristic Blade Runner all-nighter. Factory Floor provide the psychedelic remix which creates a less upfront, more organic and textured sound, without straying far from the source. Get all over it!