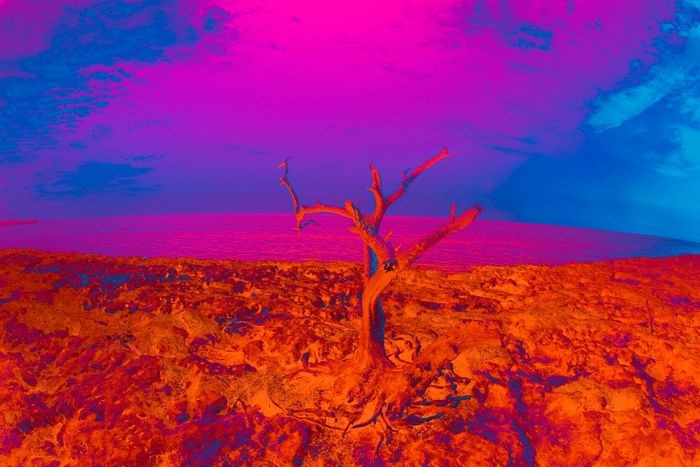 With all the ear damage that New Year brought, Getintothis’ Ste Knight is glad to get his ears around a slab of ambient house courtesy of Harvey Brown.

As a dance music writer, it is often a pleasant change to hear something that differs a little from the chugging 4-4 dance-floor destroyers which make up the majority of sets nowadays – especially when you’ve spent the whole festive period shoving enormous quantities of techno down your soundholes at the same rate that you devour Quality Street.

As such, Harvey Brown‘s ambient house tracks provide the perfect tonic for a battered eardrum. Sitting somewhere in-between early Royksopp productions, with a spoonful of Lemon Jelly and perhaps a touch of Boards of Canada when they are at their more dancefloor friendly (A Few Old Tunes, for example), Harvey manages to produce some lush housey soundscapes which hold a groove just as well as they induce a post-festive relaxing vibe.

See where Boards of Canada place in our Top 100 tracks of the decade so far, here

His soundcloud has three tracks on it, two of which (Mavigol and Occidentosis) are demos. Brown‘s track Smog, however, is the leader of the bunch. With elements of The Orb and System-7 popping up throughout, the track is as danceable as it is chill-worthy.

Irrespective of the fact that it is around 15 degrees outside, it is still winter, and Harvey Brown‘s tracks provide a slice of summer to keep the winter blues at bay.