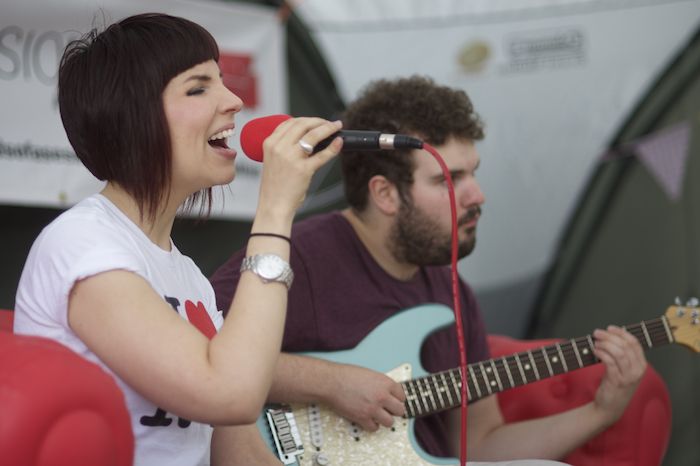 With a sound clearly influenced by soul and jazz, Getintothis’ Lorna Gray discovers the funky and bluesy tones of Pete Wylie’s daughter, Mersey.

Born in London and spending her teenage years in Australia, it’s such a treat to have soulful singer Mersey Wylie back to her scouse roots as she settles in Liverpool, following in the footsteps of her dad Pete, who has already made his musical mark in the city.

Having started off her musical career as a session singer and backing vocalist for huge acts such as Yoko Ono, Mick Jones, Ringo Starr and Siouxsie Sioux, Wylie is now performing and recording her original music within the city.

Whether she’s joined by her impressive nine-piece band, or performing in a more intimate setting, Wylie’s live performances are always something special, as she proved at last years Threshold Festival, which saw a packed out crowd dancing to the funky bass line and jazzy brass.

Her sound is also something special, as it’s a completely unique blend of jazz, blues, funk and soul that weaves rich harmonies under the smooth tones of Wylie’s vocal talents, her soulful tones can be comparable to Corinne Bailey Rae’s. The tide might be changing in Mersey’s musical career, as her taster debut track Don’t Give Up On Me demonstrates, with its nostalgic northern soul undertones with a modern twist.