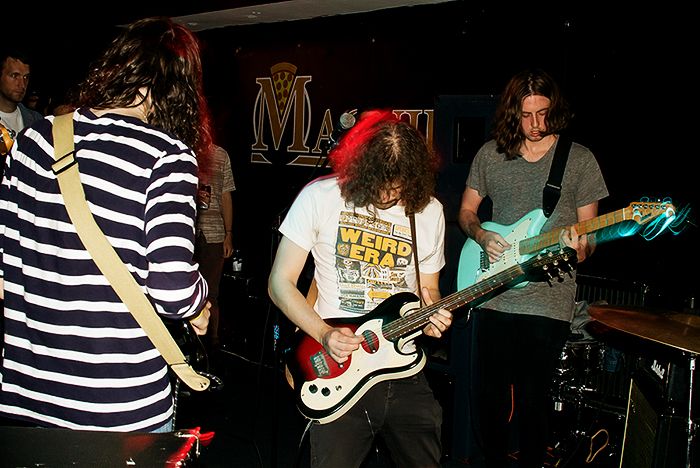 Following a whirlwind 2015 playing a whole host of gigs, OHMNS enter the new year by dropping a brand new single, Getintothis’ Lorna Gray has a listen.

Four-piece Liverpool monsters of psych OHMNS (pronounced omens) have been hard at work. Following a gig-filled 2015 in which the band blew crowds away supporting Telegram and their friends Strange Collective in Liverpool Music Week, and after being consistently badass and unapologetically noisy in other live endeavours, they’ve now rolled into the new year with a brand new single.

Hopefully this is a teaser of what’s to come from the foursome in 2016, as it’s leaving listeners in anticipation for more of their sleazy sound.

OHMNS have been making a solid impression on the city’s psych and garage scene from the word go, and the new track Boil D Rice is everything you could expect from such a band. Repetitive squeals of guitar make up a contagiously catchy riff that entices you to listen to the record as it develops into something else entirely.

As the hook engages and increases in tempo, driving drumbeats accompany, creating a mosh-worthy noise. After a build up of layers upon layers of sludgy, fuzzy sounds, a crescendo of noise is followed by aggressively shouted punk-style vocals. OHMNS have set the bar high for themselves, but it’s a given that they’ll knock it back down again without any reservation.