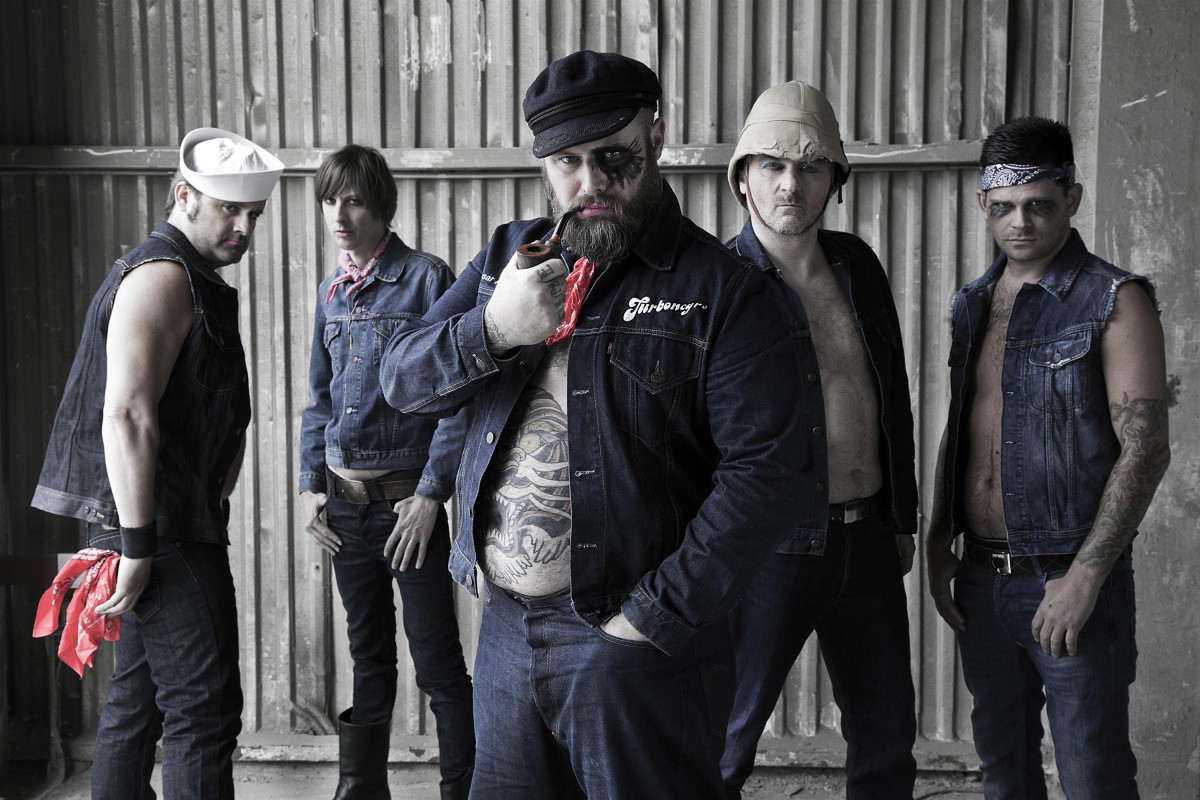 The Norweigan Death Punks’ return from a furious few years of touring with a new single. Getintothis’ Zach Jones weighs up if it’s all it’s cracked up too be.

There are few bands on this hellish rock of a planet that have fans as rabid as Turbonegro. The denim clad navy of maniacs that make up the Turbojugend span the globe from Moscow to Oslo, Rio to Tokyo, Wigan to West Sussex. With masterpiece albums such as Ass Cobra and Party Animals, the band have one of the most high profile fan bases with everyone from Keith Morris, to Jackass’ Bam Margera adorning the Turbojugend Kutte.

So it was with a wave of excitement, that (nearly) out of the blue the band dropped their first music in three years. A single Hot for Nietzsche (no doubt a pun on Van Halen‘s Hot For Teacher).

Nietzsche, author of Thus Spoke Zarathustra, is a philosopher whose writings are at the very least, polarising, and at the most, grossly offensive. It’s in typical Turbo style to poke fun at such a controversial figure. Exactly what has earned them their reputation as the party boys of punk rock. Finding rebellion through comedic effect and simply writing head banging tunes for rooms filled with 1,000 sailor lookalikes to lose their shit to.

But it’s not the thematic points that have really caused a stir with the single’s reception. It’s the music itself.

When the band announced their return from hiatus in 2012, and launched album Sexual Harassment, few had heard of Tony Sylvester. The Dukes of Nothing front man took over the vocal reigns of Hank von Helvete, who left for other ventures in TV. Not only was the Londoner out of place geographically, but vocal his guttural growl was miles below the range of his predecessor.

So the band down tuned, and released and album that certainly had its glam and rock n roll elements but was rough around the edges. A step heavier from the already heavy Retox that had marked the bands hiatus.

Sexual Harassment received a mixed response but was on the whole a success and produced some of Turbos greatest ever songs. The anthemic You Give Me Worms becoming a jugend favourite almost instantly.

So is there any longevity? Have Turbo alienated their passionate fans with a pop rock anthem?

Not at all. Because it is a storming Turbonegro song. Its giving back to the fans after two albums and ten years of heavy fast hardcore punk, some of the glam that was their break-through. Turbo are a punk band you can dance, fuck and fight to. Up beat rhythms and unashamedly crass lyrics, matched with ferocious punk energy. They are Iggy Pop on steroids, the Goo Goo Dolls turned up to 111, Kiss meeting The Bronx and birthing Godzilla.

I doubt Hot For Nietzsche is going to be the standard for the album that seems so likely to drop next year with Hellfest and European festival appearances confirmed. But it certainly does signal that Turbonegro haven’t forgotten who they are. An incredible feat for a band turned 30.

Turbo are still camp, crass and in your face. Fingers crossed that the album will lead to a new tour, and we’ll be brushing the dust off our sailor hats and buying Ibuprofen in bulk to prepare for the dazzling outrage of what is too come.