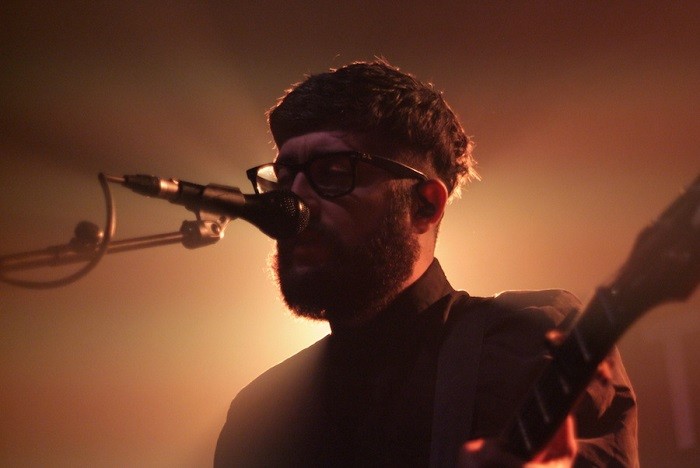 Fatherson are clearly a band anticipating audiences far bigger than the fifty-strong rabble that gathered upstairs at Liverpool’s Arts Club on Valentine’s Night. This was the first date on Fatherson’s UK headline tour outside their native Scotland, and the first date that hadn’t sold out. Maybe the low turnout was simply because it was Valentine’s Night.

Kicking things off with the single Always, Kilmarnock’s finest (only?) rock band since Biffy Clyro, had a stab at livening up the double figure crowd with their own brand of heart-on-the sleeve music. Swirling reverbs and booming toms gave way to a driving chorus as frontman Ross Leighton belted his vocals over the top of Greg Walkinshaw’s powerful drums. Such pop-rock anthems might have been expected to go down well on Valentine’s Night, yet despite the strength of their musical performance, Fatherson appeared a little withdrawn and coaxing any movement out of the crowd proved difficult.

It’s always a two-way thing, an interaction between a performer and an audience, and the disinterest from the stage was echoed by a lack of audience hubbub throughout the set, which gave a slightly off-kilter atmosphere to proceedings

Sounding bigger than ever, new song Forest from their forthcoming second album, Open Door, should have been an instant winner, but fell a bit flat.

We have to give credit to Ross Leighton. At least he tried to put the proceedings into a bit of context. Wry giggles were exchanged between band mates as he quipped, “It’s Valentine’s day and this is the saddest song I’ve ever written,” and “Who here has been dragged along by a significant other?”  he asked the crowd as the set pushed on. As Fatherson slowly gained momentum, and maybe a bit more confidence, any awkwardness at the size of the crowd was brushed aside and a certain level of intimacy between band and audience seemed to be forming.

The mid-tempo Kiteers proceeded set-ender I Like Not Knowing. “This is our last song so we’ll be back on in two-and-a-half minutes.” Despite slightly lacklustre and perfunctory cries for an encore, the band’s return to the stage was welcomed by us. True to his word, Ross returned, guitar in hand for slow-burner An Island. This was the real highpoint of the set, showcasing the best of Fatherson’s tender melancholy as well as a cymbal-smashing chorus.

Amazingly, the band managed to get the crowd singing along to the final song James, leaving their instruments behind to join the audience with an a capella outro. As they departed the stage, Fatherson did appear genuinely thankful to the people that turned out.

Overall, given their performance and with the imminent arrival of the new album, which drops on June 3, we’re sure small audiences will be an increasing rarity for Fatherson. Getintothis’ were chuffed to have experienced them live. Who needs Valentine’s Day anyway! 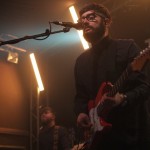 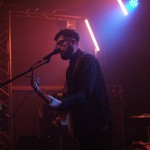 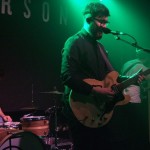