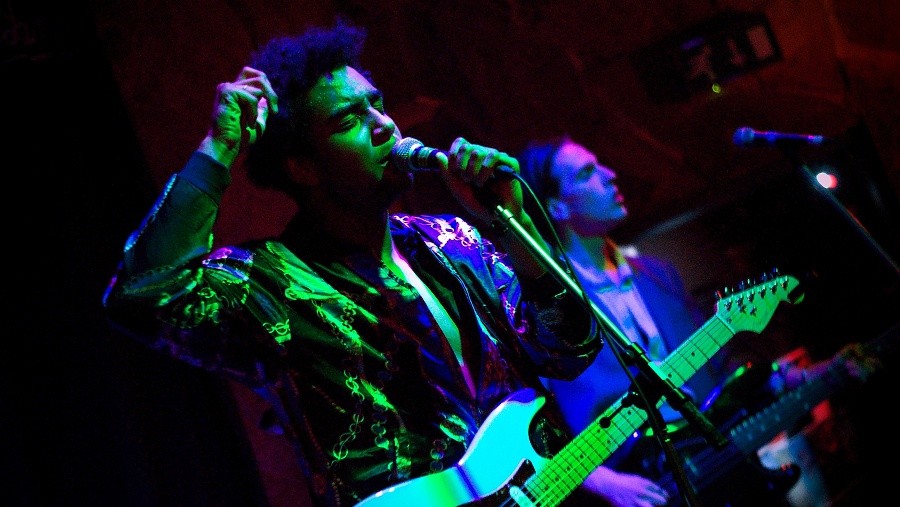 Three bands on the up and an audience that must do better, Getintothis’ Jamie Carragher describes a mixed night at Studio 2.

“D’ya wanna play shaker?” asks Sam Augustine, lead singer of Bradford band NGOD. He also offers the cowbell, in case the audience has a specific aversion to playing tambourine. “Your loss“, Augustine intones at the sight of no takers. Eventually two from the crowd step forward to give it their best percussion on final song of the evening, Take Off Your Shoes. That slight hesitancy and distance defines the night. Not quite full enough to deliver an atmosphere, the quirks of Studio 2 stand out.

The ski-chalet panel walls and ceiling, the roving cushioned stools. There’s an unnecessary red-rope barrier separating the stage from the audience. Have that as your metaphor. Tonight’s one for potential. The potential of exciting bands honing their identities and the potential of a gig that never quite gets going.

VYNCE are tasked with opening tonight’s proceedings and they work valiantly against that reticent feeling.  With the lights up like you’re in a living room, there’s nowhere for VYNCE to hide and what’s more they’re not a group for hiding.  VYNCE are tighter than ever. Hungry for gigs, putting themselves out there as much as possible, they’ve taken real ownership of their songs.

Great tunes like Not My Girlfriend sound better than the last time you heard them. Striving for big choruses and hooky riffs, they take note from the Foals school of song writing, with added pop inflections. Particularly impressive is the harmonising between front man, Pete Pegasiou, and guitarist, Jack Kelsey. A band that knows where it wants to be going.

NGOD are featured in our latest Getintothis Jukebox, along with loads more gems

When The Pynes step out as second act of the night, you’re immediately struck by how full their sound is. Opener Falling Fast is complete and expansive, pushing out in waves like it’s testing the limits of the room. This effect is achieved through the unified guitar playing of  Jak Flanagan and Dan Stewart, on top of which Tom Walsh lays out his impressive vocals. His voice is a ranging one: it tickles the gaps of the ceiling’s panels and melts back down from there. After such a consummate start, it’s a shame that the band struggle to retain their momentum. Songs that build from the bottom up see a few people drop to the cushioned stools.  It doesn’t have to be that way. Stand-out track Fool For You has that urgency and direction that the band should seek out time and time again.

There’s very little literature out there about headliners NGOD. In the flesh, the mystery continues. They look like a band constructed on Sims by several different players. Guitar and bass, Joe Barnes and Lewis Dutton Taylor, don New Romantic turtleneck and suit. Drummer Alex Dutton Taylor sports a Guns and Roses haircut and a Stella Artois white vest. Meanwhile, the guy on keys looks like he’s just walked off the set of Peaky Blinders. Judging this band by its cover is impossible as there’s too many looks on display. Their music is a bit like that too. There’s such a swirl of influences on offer that it’s difficult to put your finger on any one trend that they might belong to.

But it works – it really does. It’s immediate, grab-you-by-the-scruff-of-the-neck music. First move of singer Augustine is to “bring it in”. The crowd shuffle closer. Then NGOD let rip with a Cage the Elephant kind of mania that doesn’t care how many people are at the venue. Opening track Want It All works at the audience’s knees, loosens them till they’re moving back and forth. Take It Easy tempts the crowd to dancing. It’s hard not to be won over by Augustine in particular. When he sings, lyrics fly out horizontally; his voice has got more gravel than a garden centre.  NGOD‘s nine song set comes and goes in a flash of high octane energy and it’s all over much too quickly.

Still, despite the fine performance, you get the impression that they’ll come away from tonight with the feeling that there’s unfinished business. After arming the audience with a cowbell and a tambourine, Augustine clumsily hops down over the red-rope barrier for Take Off Your Shoes, his one stumble as a front man this evening. If things go their way, next time they’re in town he won’t be able to jump down because they’ll be playing to the kind of audience they deserve to be getting. Take me as your witness, NGOD exist and they’re certainly worth following. 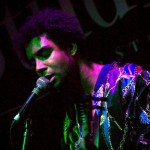 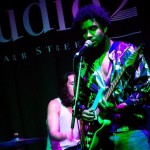 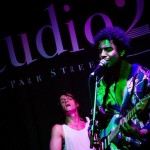 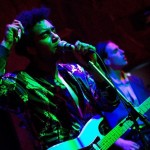 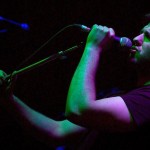 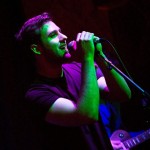 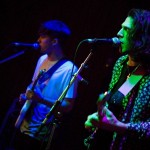 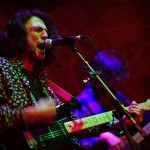