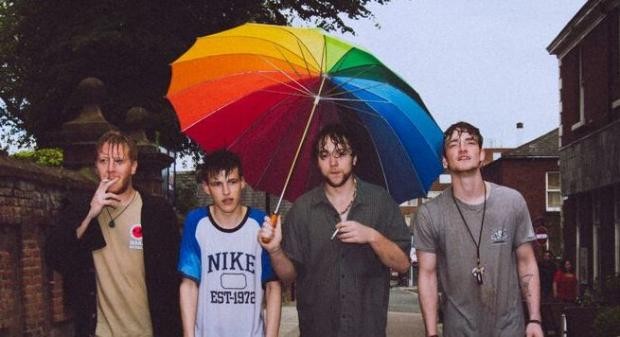 As Viola Beach reach number 11 in the UK Official Singles Chart, Getintothis Craig MacDonald has the details of a worthy tribute from their fans.

Following the events in Sweden last week, which saw band mates Jack Dakin, Kris Leonard, Tomas Lowe, River Reeves and their manager Craig Tarry lose their lives in tragic circumstances, fans of the group set about a fitting tribute to the band and their manager, by trying to get their song to as high as possible in the charts.

With the song being top of the Amazon, iTunes and Amazon charts last night, today’s announcement can be seen as a job well done by their fans.

The four piece were seen by many as being fantastic people and truly on the brink of something special with their work. Likewise, their manager Craig Tarry was highly regarded as one of the best young managers in business today with his unrelenting dedication to his work.

Since last week, there have been further tributes paid to the men, with Hidden Charms paying tribute to their much loved manager. Blossoms have also confirmed that they will use the groups support slot as a chance for fans to pay tribute to Viola Beach on the remainder of their UK tour.

With the band due to play this years Sound City, the event organisers have announced that they will keep their name on the line up as a mark of respect which will no doubt have seen many of their fans crowd to see them.

Share. Twitter Facebook Google+ Pinterest LinkedIn Tumblr Email
Previous ArticlePINS, Peace and Love Barbershop Muhammad Ali, Scarlet, Pink Kink: O2 Academy, Liverpool
Next Article Francis Bacon at Tate Liverpool – I like to see myself as a pulverising machine into which everything I see is fed