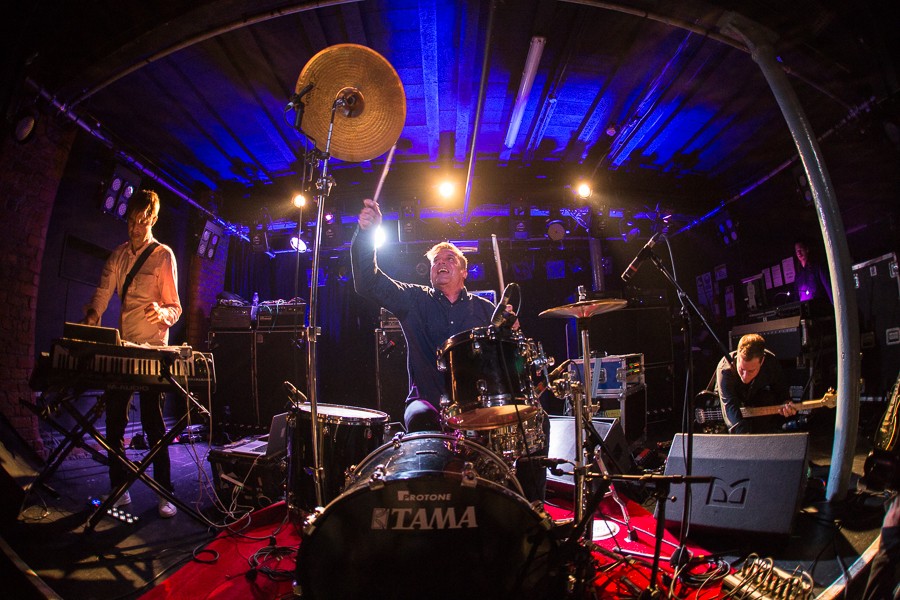 Club EVOL are celebrating their 12th anniversary and have got Battles to come along and join in the fun, Getintothis’ Mike Stanton brought a bottle, donned a party hat and joined the celebrations.

The O2 Academy Liverpool small room has breeze blocks running down one wall and Victorian industrial brickwork running down the other. Dotted around are floor to ceiling iron columns that lend a semi-labyrinthine quality to the space. Club EVOL is celebrating its 12th birthday and boy do they have a party spread to enjoy. The bands occupying the room tonight are big, too big for the confined quarters and their sounds seep out, coiling like steam in the chill night air.

First support are Barberos, a genuine force of the unnatural. Their set is almost beyond description. They summon quite frightening experimental warped electronics that skitter and jerk spasmodically. They may as well be trying to capture an escaped tiger with a small face cloth for all the barely controlled ferocity they muster. The three members, two drummers and one keyboardist don Lycra bodysuits and balaclavas to menacing and absurd effect. Pounding poly-rhythmic explosions drive an insanely energetic show as genres bleed into one another with reckless abandon. None of it should work but it does. Progressive chords clash, fit, mix, spool and rocket from the stage as jerk-core attains a new nirvana. It’s amazing. Amazing and bewildering. Amazing, bewildering and scary. Yes, that’s it.

Brazilian electro mix wizards MIXHELL, produce a set of mashup bliss. With the vibe of a late night club set they mix, mash and crush together house, dance and electro classics such as Josh Wink’s Higher State of Consciousness. Fronted by Igor “Iggor” Cavalera (ex-drummer and founding member of death metal band Sepultura) and his wife, Laima Leyton, they produce a set of seismic techno that is impossible to just stand and watch. Beats were crowd surfing, ricocheting off the walls and slapping us in the face. So reminiscent of the main room glory days of Bugged Out, Cream, it could have been Dave Clarke or 2manyDJs up there weaving their preternatural mashup assaults.

Battles emerge one-by-one and open with the slow-build hypnotic and pulsing Dot Com from their latest album La Di Da Di. John Stanier beats the hell out of his drum kit, a pattern he would follow for the rest of the gig, regularly extending a long arm to whack an eccentrically high Zildjian K ride cymbal that hovers above them like shiny gold b-movie flying saucer.

So our ears are just about acclimatising when they launch into an air-splitting rendition of Ice Cream. Ian Williams and Dave Konopka unleash a brutal groove of combined guitar, bass and keyboards. This is an indication of how the bass would be working this evening; quite literally pushing it’s serpentine body through thick and charged air to rattle and throb with the weight of static fog. We could feel the bass pounding and bombarding us with thick fingers. Super-heavy gravity springs to mind, like trying to wake from the deepest slumber. Yeah, it feels amazing. Music you can wear like a lead x-ray apron.

Futura, IPT2 and HI/LO pound out their message. Frothing and at times spitting with the sheer magnitude of their exponential sonic textures, layer upon layer of dense and cluttered electronics render each track a mini-gig. Battles’ great skill is to create mini-epics with each song/track/composition.

Undoubted highlight is Atlas, a track of such unbridled genius it is a genre all of its self.  We are able to ride the sine waves, such is the majestic and shockwave-heavy power of throbbing bass. Opening with the voices of an invisible choir it steadily gathers momentum liberally sprinkling blinking electronics and jackhammer riffs around the room. The guys on stage seem to be bouncing in unison with the audience, sharing in the wild abandonment of their performance.

They dip out after Summer Simmer brings a shattering set to a close before re-emerging to play a two-song encore. It’s an almighty performance, one every soul here won’t forget. Aside from a couple of brief on-stage-light blackouts it is a gig of supreme control and swagger. Battles continue to astound, confront and delight in equal measure and it’s privilege to witness a band at the peak of its powers. 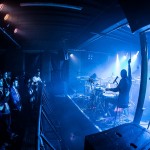 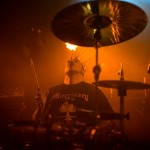 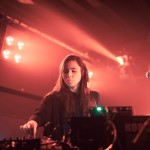 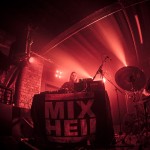 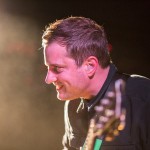 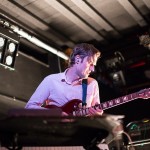 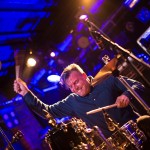