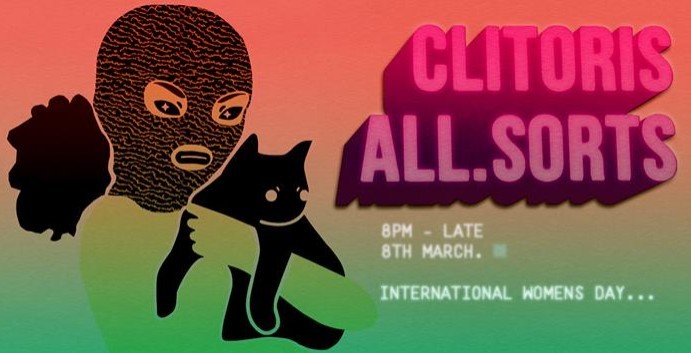 A great cause and message, possibly even better titles, Getintothis’ Cath Bore implores you to check out some of Liverpool’s International Women’s Day shenanigans.

It’s very nice of a privileged white male to speak on our behalf! Cheers, Richard!

The other part is made of local events. These often take the form of worthy debates and talks by businesswomen, or sessions focussed around relaxation and yoga, plus occasional chanting.

I’m taking a punt here but I reckon a woman on minimum wage may not think it worthwhile to book a babysitter and shell out for a Saveaway into town in exchange for a free hand massage and a wellbeing cupcake with mindfulness frosting. If your feet hurt because you’ve been on them all day staying at home on IWD when Happy Valley’s on the telly, is tempting.

The truth is International Women’s Day activities here on Merseyside don’t reach a wide demographic. Most are focussed on the needs and wants of a narrow proportion of women. Culture wise IWD here is poor, and poetry based. That’s why I was inspired to hear about the Clitoris Allsorts event at 24 Kitchen Street, taking place tonight.

Read our introducing piece on the magnificent Pink Kink

Organised by Kerri Ankrah-Lucas and Shona Carmen, Clitoris Allsorts is named after a punchline in a sexist joke. ‘I spent years as a cruise ship entertainer and saw my fair share of dodgy comedians,’ says Kerri. ‘I thought it was ironic to take that and turn it into a powerful and positive brand.’

She decided to put the night on because ‘I love going out and having a right old rave up but often you don’t feel safe or represented as a woman. There are so many talented and up and coming female artists and DJs so I wanted to create a night to focus on this. IWD is the perfect opportunity for us to celebrate the launch of our event.’

‘’IWD is an important platform for a lot of organisations and communities to share ideas and showcase the important and often forgotten work they do,’ says Kerri. ‘I am very excited about the event I hope to raise lots for our fab charities and create a party that keeps people talking till the next one!’

Women Who Wank: tickets will be on sale from 7pm and the performance will start at 7.30pm prompt. £3 door. 30 people max.