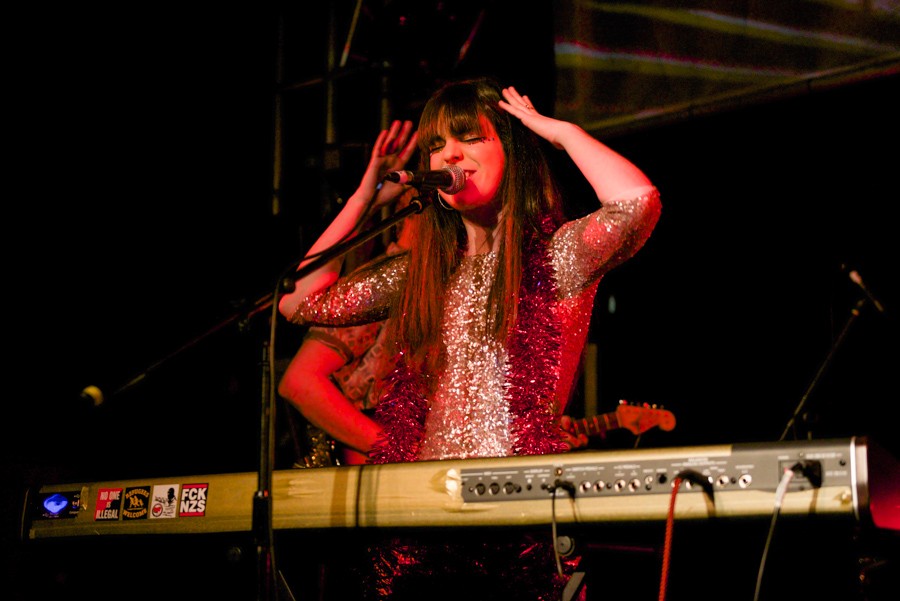 Ahead of their support slot with PINS at the O2 Academy next month, Getintothis’ Zach Jones gets lost in the hip shaking, bone rattling goodness of Pink Kink.

Pink Kink seem to be the band that everyone is raving about. Having bagged some brilliant support slots and raised the roof with their handful of live appearances, the four piece have set to work turning heads all over the city.

The band’s live show preludes them. Thirty minutes of fun, head nodding, hip shaking, bone rattling goodness means they’ve been the perfect support for the likes of Sugarmen, and PINS later in February.

However now the tides have turned, and Pink Kink will be performing at the launch of the GIT Award on January 29 and new promoter Bitchicism‘s opening night. Taking centre stage at the Pink Punk Party on March 5, Pink Kink seem the perfect band to take lead of the night.

Their party starting rock n roll brings enough bite to get you hooked, and enough rhythm to get you dancing. Quite frankly, they are four people you definitely want to show up at your party.

Hopefully our new heroes can inject some swagger back into the greyness of our morbid winter and get 2016 off to a swinging start.

If you want to see the girls in action, Pink Kink play the GIT Award launch on January 29 at Buyers Club, support PINS at the O2 Academy on February 16, and play the free entry Pink Punk Party on March 5 at Don’t Drop the Dumbulls. Plenty of opportunities to get your kink needs satisfied without having to call any numbers from a phonebox.