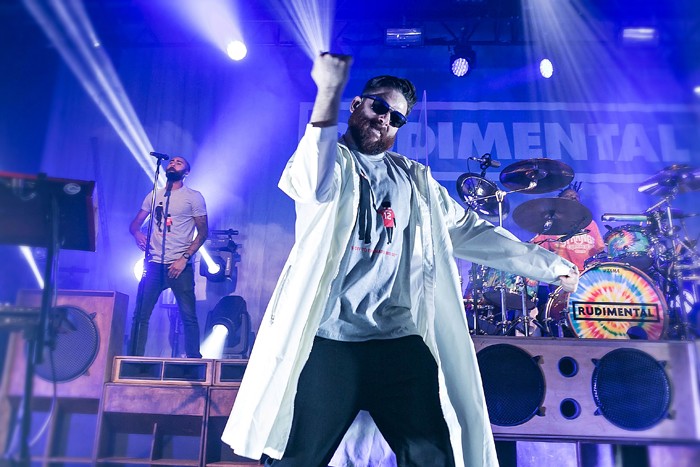 Chart-toppers Rudimental brought the party to Liverpool as Getintothis’ John Gibbons found an outfit at the top of their game.

The refurbished Mountford Hall has been a welcome re-addition to the Liverpool gig circuit. Not necessairly down to the space itself, a long, thin and flat room isn’t the best shape for a gig venue, especially if you are on the short side, but more due to the size. At a capacity of just over 2,000 it caters to the ‘not quite arena’ band that is too often lost to Manchester. The type of band that also brings people from outside the city in. Many of whom were very much making a night of it.

Rudimental on a Saturday night just sounds like a party, and no-one in Mountford Hall disappointed. Support act Anne Marie is on early but happy to kick things off with a bang. She is the latest in a long line of ‘Rudimental associates’ to try and launch a solo career, following on from the likes of John Newman, Ella Eyre and Sinead Harnett. It shows what a close family they are that they keep trying to help each other along the way.

Anne Marie and her band are enjoying themselves, and this rubs off on the crowd. Its all big smiles and jumping up and down. She finished on bass-heavy single Do It Right which is the first song to be released from an upcoming album. We can’t wait to hear it.

After a failed attempt to get a beer from The Courtyard (seriously, you have about 20 bars in that building, just open more of them. It shouldn’t be that difficult to give people money) we are back at the back for Rudimental. Never mind. Wasn’t that desperate for a two pint pot of Tetley’s anyway.

The first thing that grabs you is the mix of the crowd. It is no exaggeration to say that all walks of life, aged from 6 to 60 are in attendance. In a lot of ways its a testament to how they have built their careers as live performers. Many people who I spoke to on the night had seen them at festivals, in some cases accidentally, and be blown away. Others had seen them on the tv at Glastonbury and thought “I’ll have some of that.” It has given them a much bigger reach than simply releasing their singles ever could.

Read our latest Footsteps on the Decks instalment

One young lad who was meant to be there was Owen McVeigh, an 11 year old who lost his life to leukaemia earlier this year. His parents have since set up a foundation in his name to support seriously ill children and their families. The band wore t-shirts on stage to support the foundation which was as touching as it was unexpected.
It was especially poignant as I had two very young children near where I was stood. They danced non stop on top of shoulders throughout, they had a great time. They weren’t the only ones. As Rudimental scorched through songs from their two albums to date they have the audience eating out the palms of their hands. For Bloodstream they encourage everyone to get low before jumping up for the chorus. It’s not a new trick, we saw Slipknot doing it at Leeds 2000, but it’s still very effective.
How they share lead vocals throughout the band helps to keep it fresh. Even the brass players has a go. The only section that doesn’t quite work is the slower part in the middle. It might have done on another night, but this was too wild. There’s girls propped at the main bar doing rounds of Sambuca, they don’t want to hear reggae.
But they are soon back on track. They are sampling General Levy, which shouldn’t work but does, and then getting us all to do that heart with your hand thing that Gareth Bale tried to trademark to Feel the Love. By now people are screaming at the top of their voices and recording videos on their camera phones they’ll never watch. One man next to us is so hot from dancing he wants to take his jumper off, but rather self consciously leaves the whole thing just on his arms. we’re not convinced it is a look that will catch on.
They finish on number one single Waiting All Night and everyone gives everything they have left. Next thing we are outside and Lancastrians are asking which way town is. They are probably still out now.
https://www.youtube.com/embed/W1IVP8R8jTs
Pictures by Getintothis’ Tom Adam 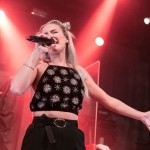 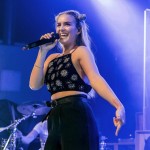 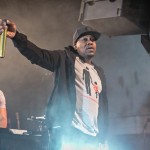 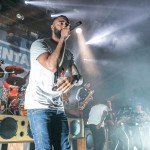 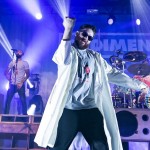 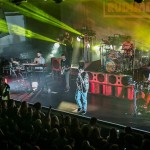 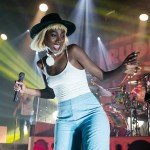