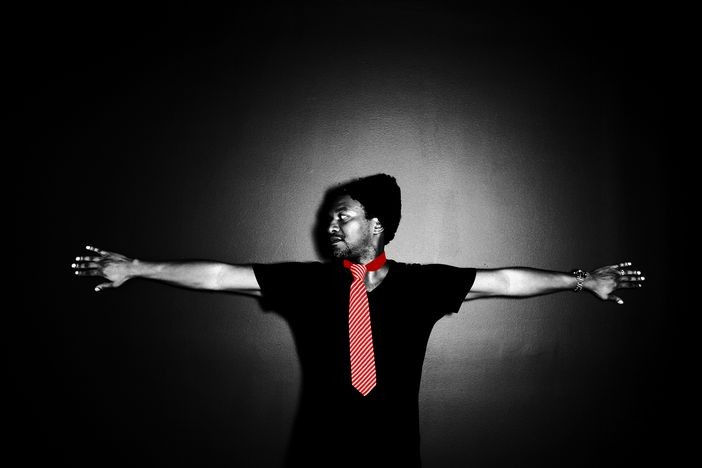 With March looking set to digest itself and everyone with it, Getintothis’ Ste Knight looks at what dance-related fun is on offer.

Well, February slid by in the form of a neon snake, leaving a whole heap of bony dance-music remains in its wake. Highlight of the month was definitely Andrew Weatherall at 303 in the Williamson Tunnels. His set was phenomenal, and it was an honour to see such a master at work.

Not to be outdone, however, March has plenty on offer for the beat disciples amongst us. As Liverpool’s underground dance scene gets bigger and brighter, this great techno Ouroboros threatens to swallow itself entirely as there’s plenty of legends coming up ‘ere.

Don’t forget that yesterday we dropped our first ever GITmix, a series of exclusive mixes by local and international artists alike. This month’s mix is courtesy of House of Black Lanterns, so check it out here.

Anyway, without further ado, let’s take a look at what we’ve got in store in March…

Album-wise we’ve got some great releases this coming month, so prep your gramophone for some heavy long players because we’re about to take a turn for the dutty.

February 26 (3 days if you can’t be arsed checking the calendar) see’s Manchester’s IDM artist Jega drop his latest album,1995, on leftfield label Skam. Jega‘s previous album was Variance and was released by IDM-championing Planet Mu Records. If you’re a fan of Aphex Twin, Boards of Canada or Autechre then this will be right up your street. Also, it is worth noting that Thom Yorke has previously cited Jega as an influence, so you should definitely check it out.

March 4 sees electro-whizz Tiga release his new album No Fantasy Required. If you know Tiga you’ll remember his awesome DJ Kicks mix from way back when. You’ll also know his rework of Corey Hart‘s Sunglasses at Night with Zyntherious – a classic peak-time electro zinger. His new album features several popular tracks he has released as singles, including Bugatti and the stuttering electro-chatterer, Planet-E.

We also see sino-grime producer Fatima Al Qadiri return with her album, Brute. Her previous work has included Asiatisch, which painted barren electronic soundscapes from a distant dystopian future. You can listen to a track from Brute – Battery – over on her SoundCloud page, and it is nice to hear that Fatima hasn’t abandoned her dark side. The track is also in our playlist for the month, below.

If you fancy something a little more on the laid-back side, then house legend Joey Negro is putting out his second instalment in his Remixed With Love series. The album is exactly what it says on the tin, a remix album, but it is packed with house re-rubs of some classic tracks, including Gladys Knight & The Pips Taste Of Bitter Love and Grace Jones Pull Up To The Bumper. It should even be enough to prevent our resident soul-brother Shaun Ponsonby from recoiling in remix horror, and that would be quite the achievement.

To kick-start your month, the crew down at Less Effect have a Livity Sound showcase. Featuring style-bending duo Kowton and Peveralist playing b2b, you’ll see just why these two sit comfortably between grime, jungle, techno and dub. The date comes in-line with the release of Kowton‘s album, which is rooted firmly in the motor-city, with a stripped-back techno feel. Support comes from Hodge, one of Bristol’s finest exports on the bass-scene, Lack, Ling b2b with Kepla, and Body. 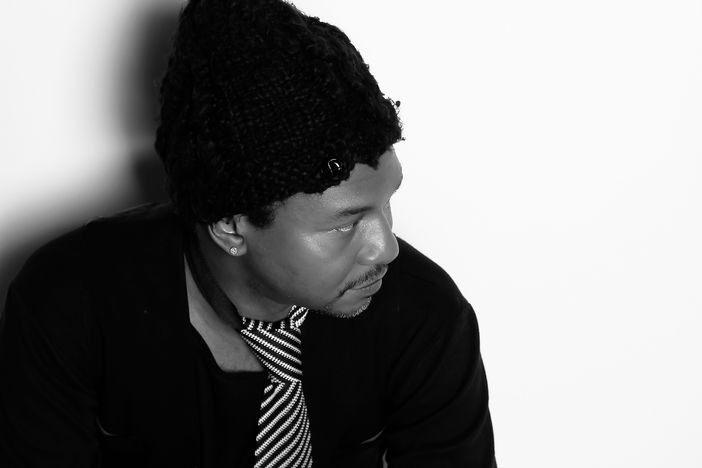 If you really want to see a true pioneer of techno then March 5 is the date for your diary, as Rubix bring Detroit legend Stacey Pullen. Pullen comes from the second wave of techno luminaries which includes Jeff Mills and Carl Craig. Both his production and DJing techniques are amongst the greatest in his game – definitely not one to be missed. Support comes from German house producer Youcef Elaid, a rising star on the scene who has shown promise on labels Inmotion Music, and Blackflag Recordings. 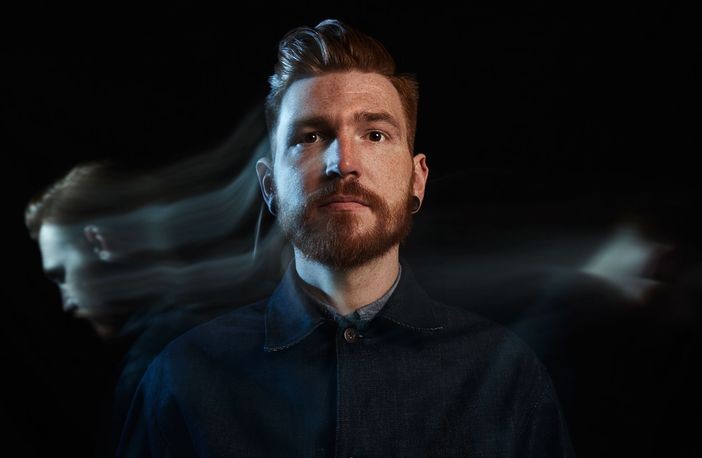 March 11 sees Mixmag bring their Live Presents…party to Liverpool’s Garage. The line-up for this one is a complete animal, with Rødhåd returning, and being supported by Drumcell, Rebekah and Rachel Lyn. If techno is your bag then your jaw should be all over the floor with this roster, not least because the likes of Drumcell is a pretty rare booking to see round these parts. 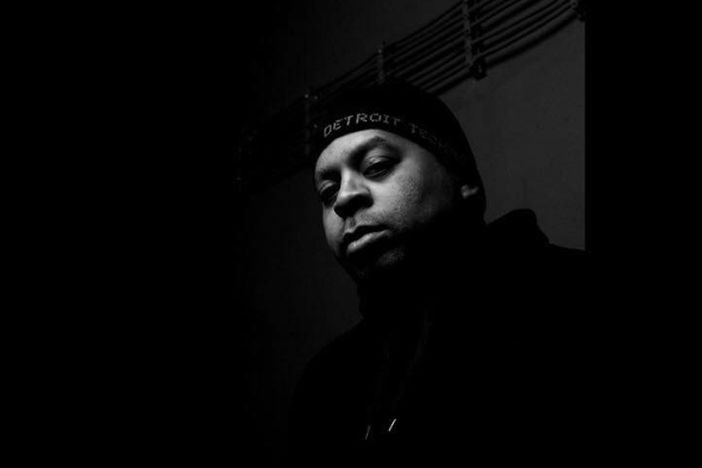 As if having Stacey Pullen down to our lovely city wasn’t enough, DJ Bone is popping over too on March 12. A real pioneer on the techno scene, and one who truly embodies the underground spirit of techno, Bone will be greasing the wheels at Buyer’s Club. DJ Bone is a fiercely independent artist, and this punk ethos shines in his music. Supporting him will be Liverpool’s Mark Forshaw, who Getintothis last saw ripping up The Kazimier for the last ever Upitup *manly tear*, and Sam Tawil. 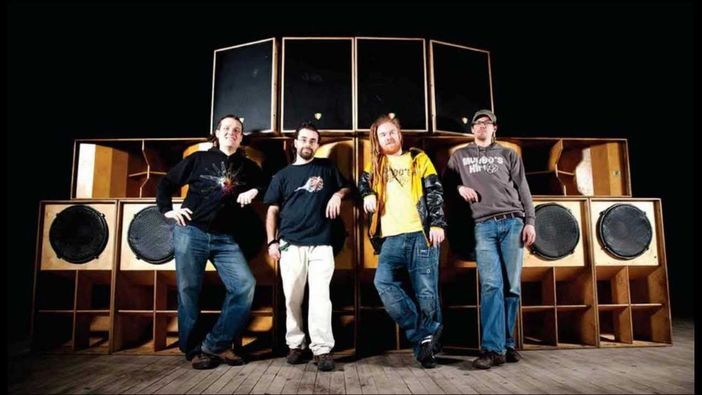 March 12 is a busy evening, as it also happens to be when Worried About Henry are bringing dBridge and Mungo’s HiFi to 24 Kitchen Street. dBridge is a name synonymous with drum and bass, he formed part of legendary DnB crew Bad Company. With a career stretching back to 1994, the man is an expert at what he does, and you’re as likely to find juke and techno in his sets as you are jungle and DnB. Glasweigian dub collective Mungo’s HiFi will also be shattering chestplates with their own brand of reggae. Get ready to get your bogle on.

You can treat yourself to a week off after March 12. You’re going to need it because on March 27 those little darlings down at 303 have only gone and done it again. With a line-up to rival Glasto, they’ve got a triple header of techno tidiness with Dave Clarke, Luke Slater and Speedy J taking to the decks. This is going to be a night of serious electronic music, and it’s not often you see a line-up like this.

Check out the Footsteps on the Decks archive

Some tasty little tidbits to get in your ears with this coming month’s singles round-up. First off we’ve got Dutch house producer San Proper, with San Proper presents L.O.V.E. OK, so it is more of an EP, but we guarantee you’ll love the disco vibes in San‘s music. Worth checking out his mixes too, they’re always really summery.

Appleblim and October have put out a quality bass-heavy single, Other Side of the Sky. The original mix sticks to a super-dark bass-driven 4×4 style beat. Subby and mean, this is deffo a dancefloor destroyer. Appleblim‘s remix is equally dark, but forsakes the 4×4 for a more broken, dubstep-like percussion and bass-wobbles.

Fairmont drops a killer single on March 7, Obsidian/Onyx. The tracks are both deeply rooted in traditional electro. Both are bound to be instant dancefloor successes – expecially if you like your dance music to be dark and brooding. The tracks are haunting odes to robotic spirits, bleeping and chirping like a possessed motherboard.

Chris Brogan brings us a pounding tech-house record, Make It Hot, on Motion Records. With its cavernous 303-style bassline, there’s a good dose of acid throughout and it makes for a really imposing, dark vibe. Top-drawer stuff.

Lewis Beck‘s Acid Love is hot on the heels of Chris Brogan. There is more than a nod to old-school acid techno, with the use of the repeated ‘acid love’ lyric over some classic-sounding bass and tight percussion. Full on bounce-around-everywhere fodder this so get on it.

Check out our playlist below for more music you should be listening to right now. Then check below the playlist for our COMPETITION.

We’ve managed to bag three copies of the Houndstooth compilation, Tessellations, to give away to three lucky folks. The compilation is a celebration of Houndstooth‘s third anniversary as a label. We previewed the album in last month’s Footsteps, and we can guarantee it is a brilliant compilation – purchase link is here. If you fancy a chance at winning yourself a copy all you need to do is select the correct answer to this simple question and comment with it on our Facebook competition post below:

Q – Who provided us with this month’s exclusive GITmix?

A – House of Black Lanterns

B – Caravan of White Lampshades

Pop the answer in the comments below and we’ll pick a winner on February 26, when the album is on general release.

To be in with a chance of winning one of three copies of the latest Houndstooth compilation, Tessellations, answer the…

Posted by Getintothis on Tuesday, 23 February 2016