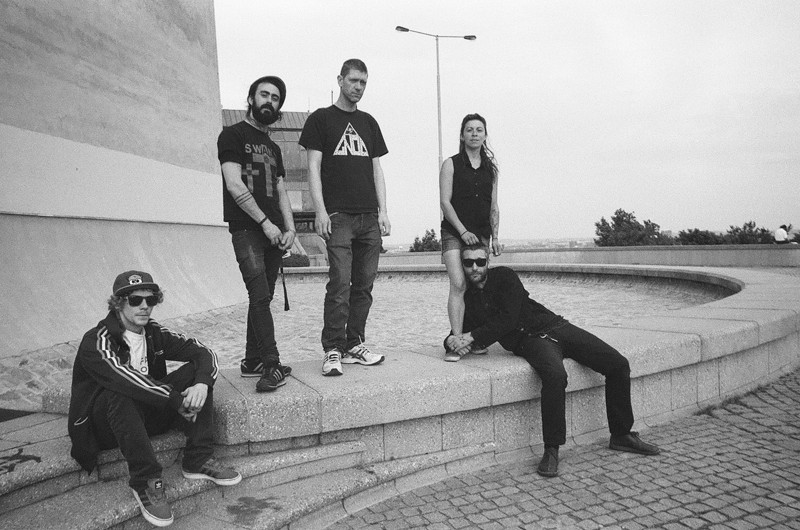 Ahead of their visit to Buyers Club later this month, Getintothis’ Mark Greenwood tries to get a handle on just what makes Gnod so unmissable.

Defining the psychedelic is a complex, heterogeneous task, especially given a span of half century since the term came into usage. The psychedelic is more than a musical style that evokes a bewildering and sublime aesthetic – it is an ideology that emerges through an intelligent manipulation of art forms. The Salford collective known as Gnod are architects of a modern psychedelic, merging a series of montages, spoken texts and field recordings to assemble a delicate and ominously deep tapestry of strange melodies and stark rhythmic clusters.

Gnod employ a post-minimalist sensibility to describe a 21st Century obsession with desire and affect, folding between paranoia and electro-acoustic ecstasy.  Both frightening and divine, their latest releases move intelligently between genres and forms, shifting between bleak post-punk, sludge dub and driving Krautrock.

Having seen Gnod on a least three occasions, Getintothis can warn you to expect the unexpected, to have your intellect challenged and your physical essence compromised. The collective are currently touring Europe in support of their latest masterwork Mirror and their presence in Liverpool, the last stop on the tour,  promises to be as special as always.