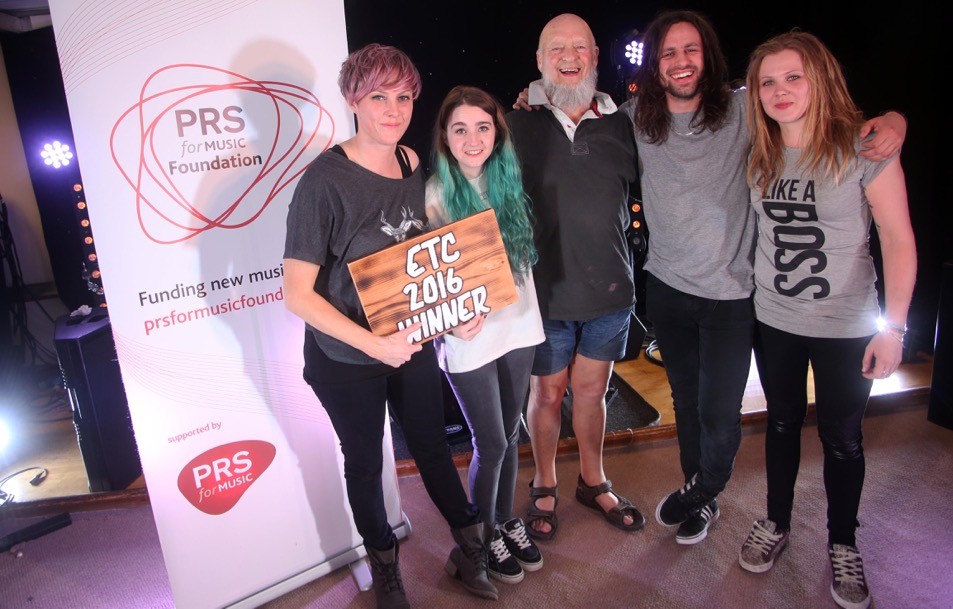 She Drew The Gun take the prize

Glastonbury reveal She Drew The Gun as winners of their annual Emerging Talent Competition, Getintothis has all the details.

UPDATE: After a top quality night of live music at Pilton Working Men’s Club which saw eight finalists perform, the Glastonbury ETC judging panel, which includes Michael and Emily Eavis, have finally named Liverpool’s own She Drew The Gun as the Glastonbury emerging talent winners for 2016. The title earns them a slot on the festival’s John Peel stage later this year and the coveted £5,000 PRS Foundation prize. Many congratulations to She Drew The Gun on their achievement, we’ll see you in the fields.

She Drew The Gun have been named among the eight finalists picked for this year’s Glastonbury Emerging Talent Competition in what is soon becoming a stellar year for the Wirral group.

With the rumor mills continuing to swirl around as to who will be joining the likes of ELO and PJ Harvey at this year’s event, She Drew The Gun have made the possibility of them joining the masses at Worthy Farm one step closer to a reality as they edge closer to the chance of performing at one of the festival’s main stages this June.

Get the details about She Drew The Gun’ debut album here

With past winners featuring the likes of Stornoway and The Subways, the band will be hoping to follow in their footsteps. Joining She Drew The Gun on the final furlong are Bossy Love, Early Ghost, Gillbanks, Hattie Whitehead, Henry Green, Lady Sanity and Marcus McCoan with the winner set to be announced closer to the event.