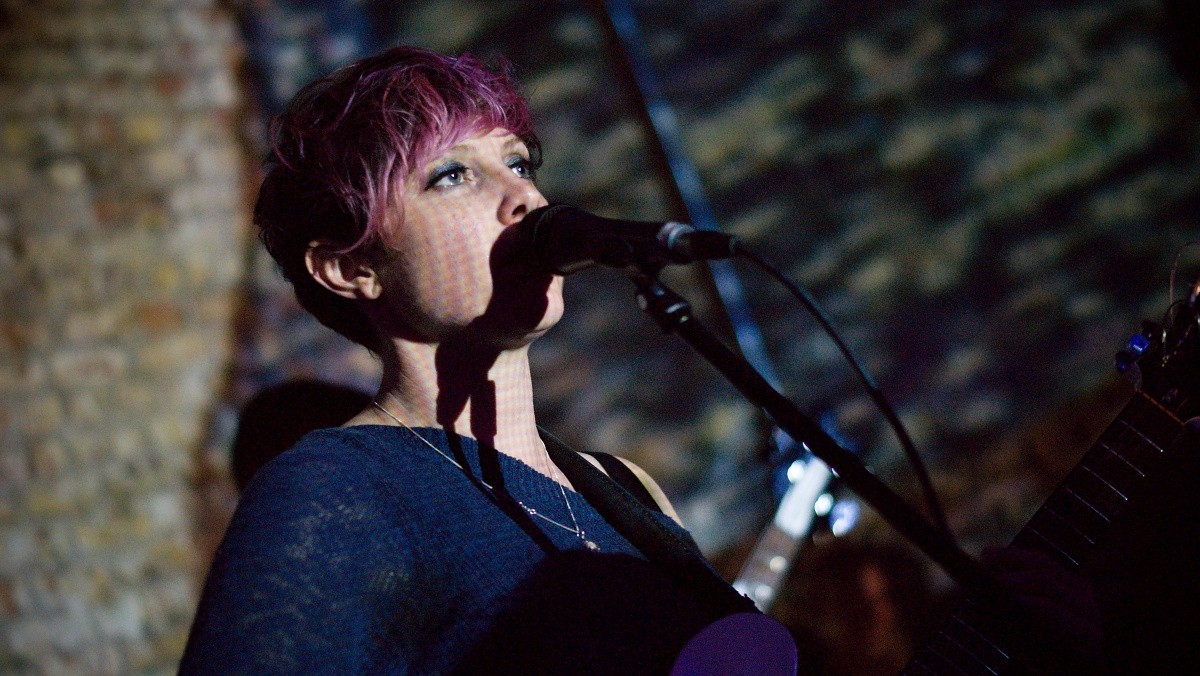 Hot on the heels of their debut album release, Getintothis’ Rick Leach was entranced by She Drew the Gun at their first hometown headline gig.

It had been a strange and bewildering week. The news of the death of Prince had been announced a mere week ago, and for anyone into music, something that was hard to take. Although we didn’t need anything to reaffirm our faith in music-there was plenty of that to be had in listening to Prince’s back catalogue- maybe we needed something to comfort us, some music that would let us know that everything was going to be alright. That’s exactly what we got with She Drew The Gun at the Buyers Club.

A packed Buyers Club. There was certainly a buzz around the band, a well-deserved and gradual buzz that’s been building inexorably for a good while. Sometimes bands end up like that through overblown hype and collapse under the weight of expectations. It’s impossible to see She Drew The Gun ending up like that. If anything, their rise so far has been gentle and possibly under-the-radar. This isn’t going to last for long on the strength of their showing at the gig.

In the past month She Drew The Gun won the highly prized Emerging Talent Competition for the Glastonbury Festival, earned themselves a slot on the John Peel Stage and released an excellent debut album, Memories of the Future on the Skeleton Key label. Here they were playing their first ever hometown headline show.

It was a Friday night and most people seemed to be happy to be catching up with each other, chatting, chewing the fat and generally mingling. Although the support acts, Marvin Powell and Mamatung gave their all and received a respectful response from the part of audience who paid them any attention, it was clear that most people were really there to see She Drew The Gun.

By the time the supports had finished, there was an air of anticipation all around. This was going to be something special; you could feel it. She Drew The Gun set things up on stage in a matter of minutes, the venue changed from being comfortably open to elbow room only and we were off.

Now, She Drew The Gun may have started off as a solo project for Louisa Roach, but now they appear as a proper fully-formed band. A sum of more than their parts and tight as anything. It would be facile and plain wrong to dismiss them as some sort of soft-pysch, hippy-drippy 70’s Laurel Canyon revivalists, despite the faintly psychedelic back projection that ran behind them all through the set. Yes, there were out of focus looped film clips and swirling colours in an oil lamp style but it’s to the credit of the music and their performance that you don’t really notice them.

What you do notice- and you can’t help but notice- is the strength of Louisa Roach’s voice. On many of the songs, she sings in a whisper, or barely above a whisper, narrating tales of love and power, politics and passion, loss and regret. There is a depth in there that belies her tender years and a maturity in dealing with complex subject matter that, even at this early stage, augers well for the future. To be able to cram in so much into a song like Since You Were Not Mine and into the space of a few minutes, without it turning into a simplistic pop song (not that there’s anything wrong with that) demonstrates a rare ability.

And those whispered vocals, when they do break through- and they’re always teetering on the edge of it, and that’s what’s so alluring-just soar. It’s staggering. They soar with a freedom and control that makes the hair on the back of your neck stand up and brings a lump to your throat. This does sound over-the-top somewhat, but it wasn’t only us that felt like that. As we looked around, you could see people nodding to each other in shared recognition that this was something pretty good.

As a measure of She Drew the Gun’s confident and self-assured performance a mid-set and unexpected cover of Sugarbabes Overload, all subtle menace and twisted in a South of the Border Tarantino style, brought a smile to all our faces as well as a tap to our toes.

She Drew The Gun, and Louisa Roach’s vocals in particular have been compared to Portishead and Beth Gibbons, or any range of psych-rock, or trip-hop brackets you want to pigeonhole them into. There are hints of that – there are bits of folk rock bubbling away underneath as well and faint echoes at times of P J Harvey. All those comparisons are fair, yet a bit obvious. What it does recall, not only in the singing and heartbreak of subject matter the run through, but the belief and passion in what they are doing, is Roy Orbison at his finest.

This was a set that warmed us all up as it went along. It got better and better and the reaction of the audience at the end of each song became stronger and stronger. It’s not often that there is a genuine bond between artist and audience- a lot of the times at gigs you can feel that it’s all a bit forced and false- but you could feel the crowd willing the band along through every song, every note and every drumbeat. She Drew The Gun seemed to feed off this and it spurred them to greater and better heights. It was akin to being at the match in many ways and we were the power of the twelfth man.

By the time they finished their set with stand out song, Poem, hands were raised in the air, cheering was the order of the night and we think that they were genuinely surprised to receive a well deserved encore.

In a Venn diagram of musical styles, there might not be much of an overlap between Prince and She Drew The Gun. Yet in a fitting way, at the end of that week, She Drew the Gun did have something in common with Prince. The power and love of music.

And you can guarantee that the Purple Imp himself would have loved every minute of it. 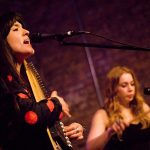 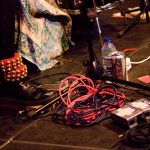 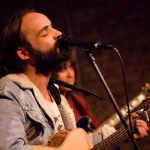 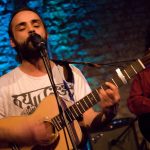 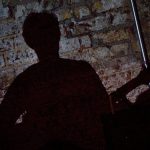 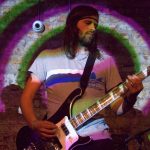 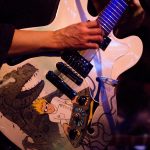 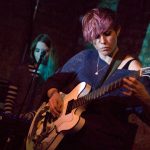