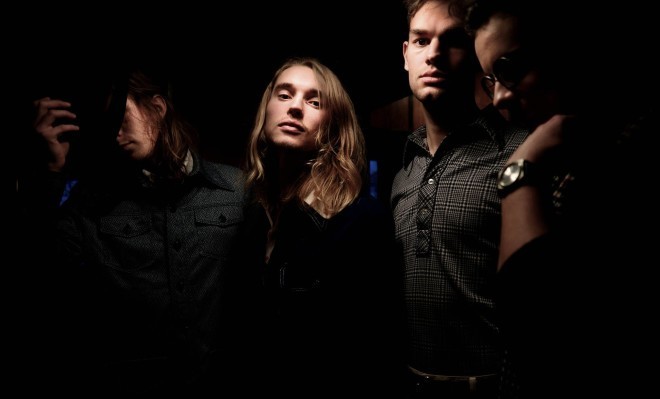 Filled with laid back grooves to steal you away this summer, Ruby Empress delight Getintothis’ Craig MacDonald.

While many folk may be associating Sweden with all things Eurovision of late, in a small part of Gothenburg Ruby Empress have been busy crafting elegant textures of dream pop, with superb results.

The quartet has just released their first single, Deluca, which has all the laid back goodness to be the ideal soundtrack to those long summer days. From the opening drips of bouncy guitar, you’re transported on a Scandinavian voyage of chilled out bliss that will stay with you long after you finish your Mr. Freeze.

Together with the dreamy vocals of Tom Serner and some delicate synth textures, you can firmly file this next to the likes of Tame Impala or Boogarins.

Find plenty of musical delights with our Unknown Pleasures.

Although the track was originally meant to be about relationships, it has found a way to describe the surroundings that Ruby Empress found themselves in, from a breezy dream-pop beginning, Deluca hurls through to an electrically charged crescendo.

With their debut EP in the works, we look forward to what’s to come from the foursome, with hopefully a visit to our shores too.