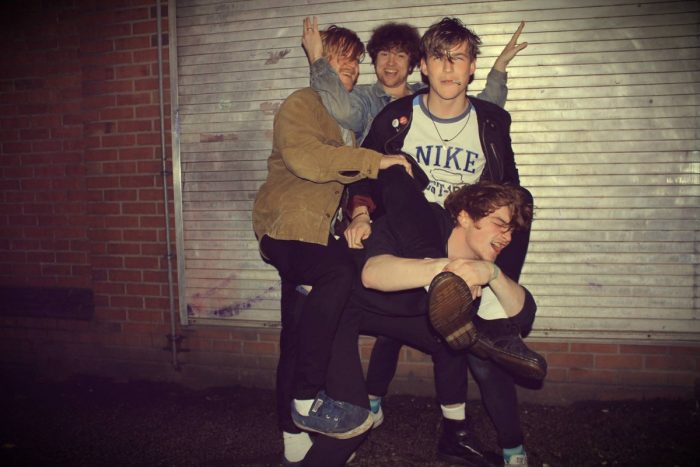 An album collating the band’s short career is set to be released later this summer; Getintothis’ David Hall has the details.

A nine-track album of music by Warrington four-piece Viola Beach will be posthumously released on July 29 through Fuller Beans Records, the band’s own label.

The album will be preceded by lead single Boys That Sing, and will also feature the Top 20 hit single Swings and Waterslides.

The band’s family members have released a short statement in announcing Viola Beach:

“We are tremendously proud of everything the boys achieved in such a short space of time. Craig, Jack, Kris, River and Tom shared a huge passion, talent and dedication to music.

We believe the best way to celebrate our sons’ lives is to release an album of their songs.

This is their legacy and we know deep in our hearts that the boys would want the world to listen to the music they poured everything into. This was only the beginning for them and these nine songs were written with every intention to be shared, heard and, most of all, enjoyed.

We hope that it brings you as much happiness listening to it as we know it did to them making it.”

Viola Beach hit national headlines in heartbreaking circumstances earlier this year when their car fell from a bridge in Sweden, resulting in the tragic deaths of the band and their manager Craig Tarry. The outpouring of emotion that followed included tributes at Liverpool Sound City 2016 and a full recording of the band’s set occupied their support slot for Blossoms at Liverpool O2 Academy.

Viola Beach‘s self-titled album can be pre-ordered ahead of its July release here.

Full track listing, plus listen to lead single Boys That Sing below:
1. Swings And Waterslides
2. Like A Fool
3. Go Outside
4. Cherry Vimto
5. Drunk
6. Really Wanna Call
7. Call You Up
8. Get To Dancing (BBC Session)
9. Boys That Sing

UPDATE: Coldplay paid tribute to Viola Beach with a cover of Boys That Sing live on Glastonbury’s Pyramid Stage in a ‘what could have been’ moment. Watch below.

Bursting with pride. Tonight the @Viola_Beach boys' music made it to the greatest stage of them all https://t.co/Bnzb9FAkxU