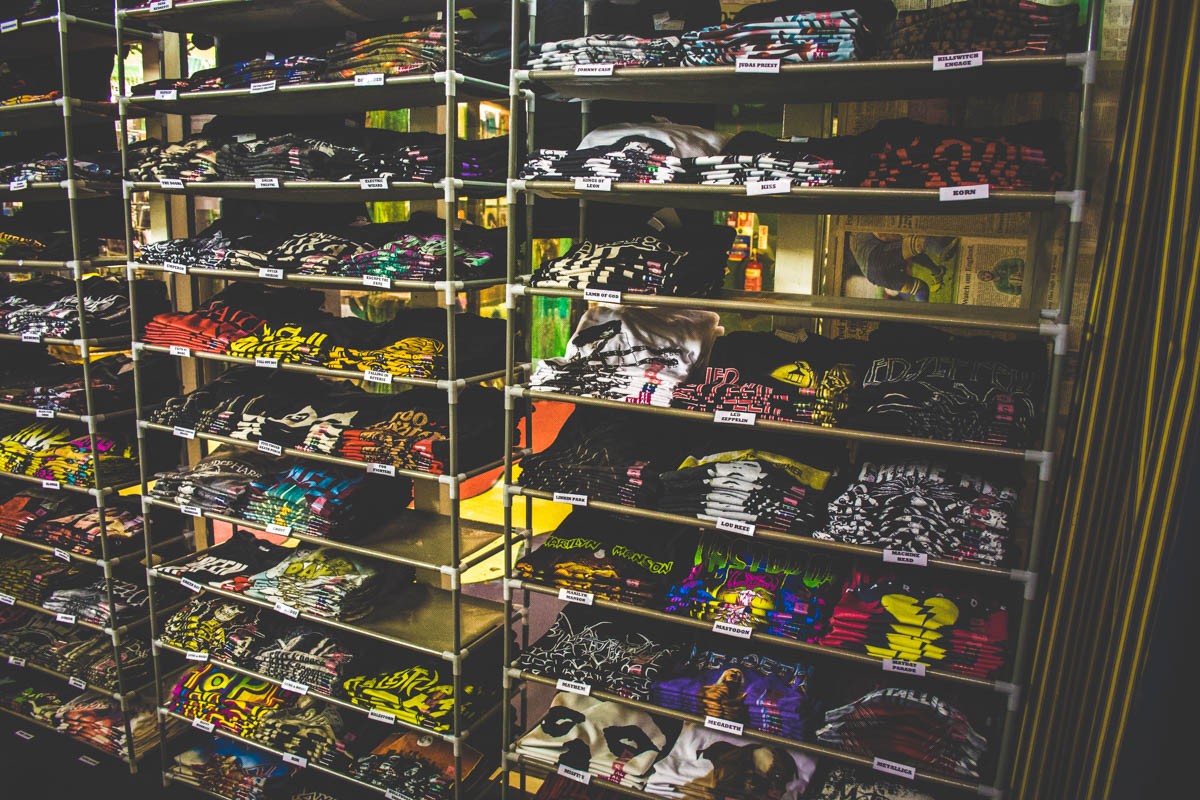 With a new shop dedicated to band t-shirts opening in Liverpool, Getintothis’ Paul Evangelista takes a look at the history of the t-shirt and interviews the new owner.

For something so unassuming, the humble t-shirt, more than any other item of clothing, has become a cultural signifier, a chance to announce to the world which tribe you belong to, what you are into and even something of your life history and personal views.

The t-shirt has become our personal billboard, a means of expression we can slip on and an essential part of our wardrobes.

Originally designed to be worn under military uniforms, the t-shirt stepped out and entered the mainstream as outerwear following Marlon Brando’s performance in A Streetcar Named Desire, smouldering in a white tee. Within a year, t-shirt sales had reached $180m in America alone and a fashion phenomenon was born. Soon the t-shirt had been adopted the world over and images, slogans and messages had been added to the basic design. The history of Western culture from the 60s onwards can be mapped out in t-shirts – think of such classic designs as the Rolling Stones lips shirts, the Ramones’ logo shirts and Frankie’s Relax line, the zeitgeist has been captured and displayed over the hearts of generations.

Asking people what their favourite underwear is, or which socks they remember most would undoubtedly elicit more than a few strange looks, but change the question to t-shirts and not only will there be answers, but also tales of when/where it was bought, what the wearer was doing at the time and very probably a misty eyed, nostalgic story caught up in the shirt’s very fabric.

The 60s saw t-shirts become a form of expressions, as logos, slogans and cartoons were added. A new type of ink was invented that meant that printed t-shirts could withstand day to day wear and washing, so designs flourished. Along with band logos and company adverts came anti-war slogans and tie-dye. The t-shirt was reborn as a counter culture icon. Many shirts from this era have become eminently collectable and command prices well into four figures. 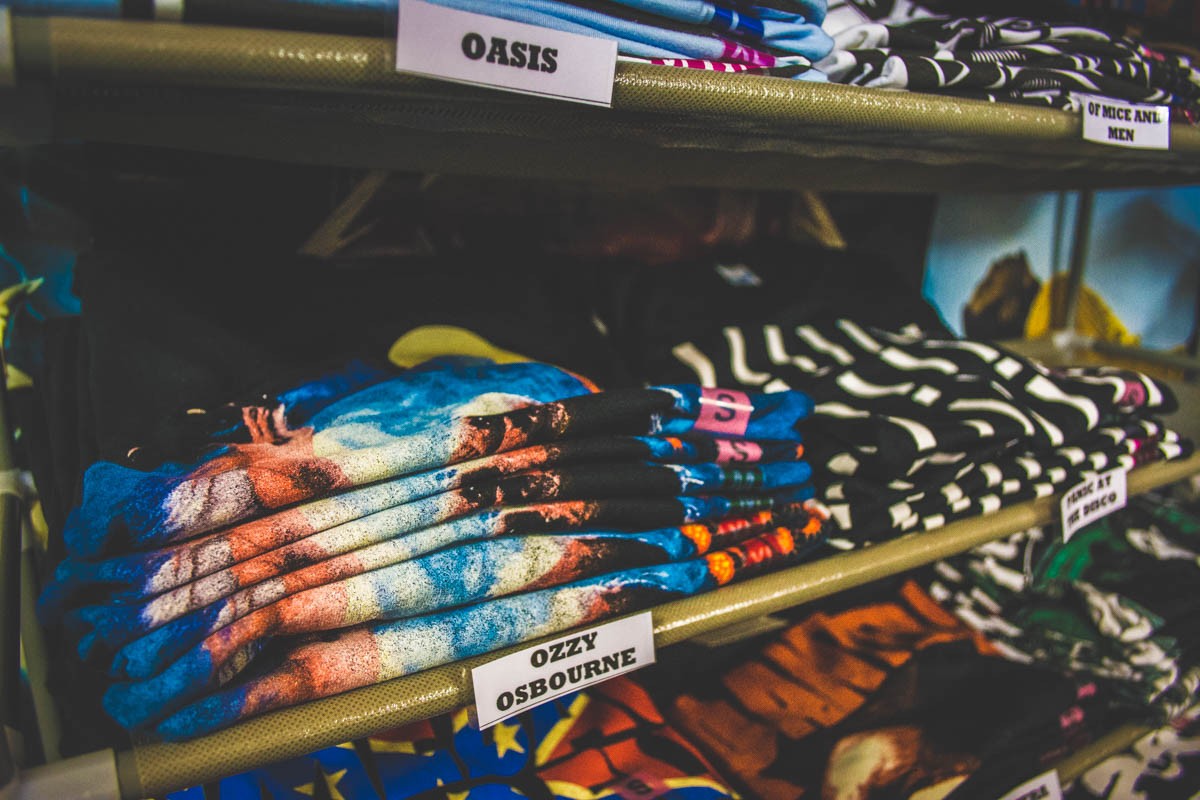 Bands soon latched on to the market for official t-shirts and the merchandise stall became a common sight at gigs. In fact, merchandise has an important source of income for bands as record sales fall away in the Internet age.

When tribalism was perhaps at its height in British culture in the late 70s and throughout the 80s, a t-shirt was perhaps one of the most effective ways to display your colours. A punk t-shirt shouted its wearer’s allegiance to the world and was often enough reason to strike up conversations and friendships, or even attract trouble.

Nazi black metal, Phil Anselmo and the fight against racism in rock

The designs matched the often extreme images of the wearer, with Malcolm McLaren’s Seditionaries t-shirt featuring shocking images such as the Cambridge Rapist, a pair of cowboys naked from the waist down, penises almost touching or slogans such as “One day your gonna wake-up and know which side of the bed you’ve been lying on!” A heavy metal t-shirt likewise identified its owner as belonging to a subculture and it was not uncommon, once so identified, for the different groups to stay in their own camps and even react violently with others.

Frankie Goes to Hollywood were an 80s phenomenon. Only the second band in history to reach the number one spot with their first three releases, their debut single Relax has become the 6th best selling single of all time after spending 5 weeks at the top, before the follow up, Two Tribes, stayed there for 9 weeks. A sobering thought then that, for a time, they were selling more t-shirts than they were records. The slick marketing campaign that accompanied the band created plain white shirts with slogans such as “Frankie say arm the unemployed!” were as everywhere in the 80s and were bought as fashion items in their own right, not just by fans of the band. So dominant were they for a while that a Frankie t-shirt has become a kind of visual shorthand for the 80s.

The Acid House explosion did little to dislodge the t-shirt as an essential item of clothing. Cool, colourful and easy to wash, ravers kept the t in pole position. In fact, the 90s saw t-shirts flourish. Reading festival in these times must surely have featured shirts for every band who have ever existed as they became de rigeur amongst music fans. The sheer number of Nirvana t-shirts at Reading 1991 were the first signs that this writer saw to indicate their upcoming success, although this number was dwarfed the following year when they closed the festival as Sunday night headliners.

Should Fergie be castigated for wearing a Black Flag t-shirt?

The following decade/millennia saw a curious new trend; that of band t-shirts being worn by people who quite obviously were not fans of the band they were aligning themselves to. The sight of Miley Cyrus in an Iron Maiden t-shirt is surely more than any right minded individual can reasonably bear and the fact that Primark sell Joy Division t-shirts must be proof positive that the human culture is in terminal decline.

With celebrity culture being what it is these days, all it takes is for Kylie Jenner to be seen out in an AC/DC tee or Justin Bieber to take to the stage in a Metallica shirt (No, please God tell me he didn’t!) for fans to want to look like their idols and then the whole sorry caravan rolls on. Ramones t-shirts must outnumber Ramones fans and Led Zeppelin, Nirvana and the Rolling Stones have all fallen foul of this commodification of their logos as people sorely lacking in credibility wrongly think they can buy it over the counter. That they can’t is something that seems to elude them, so this ridiculous practice looks set to continue and where the prospect of seeing Taylor Swift bedecked in Fuck Buttons merchandise is a real and frightening one.

For the rest of us, our t-shirts continue to be both a statement and an identity. Not bad for something that stated out as underwear. 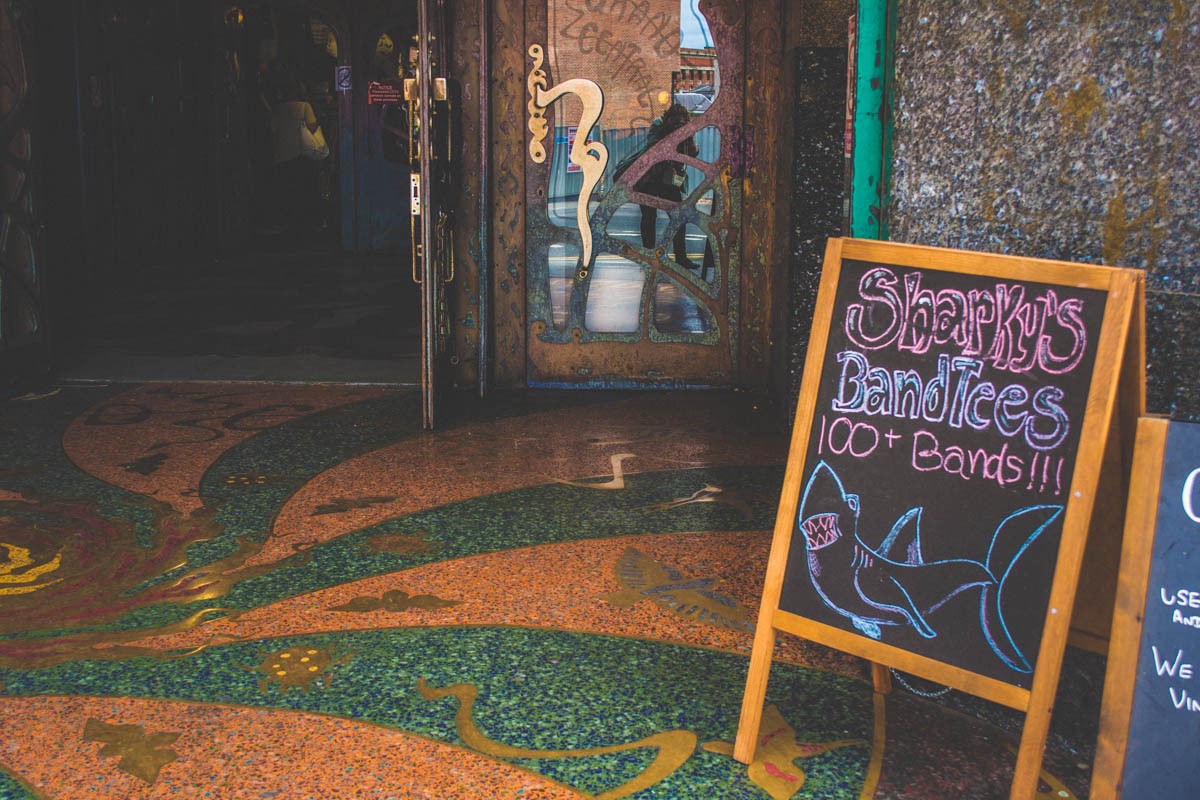 Sharkey’s Tees in Quiggins is perhaps Liverpool’s only dedicated t-shirt shop. We asked the owner Jon a few questions.

Getintothis: Why do you think t-shirts have stayed popular, from the 1950s to now?

Jon: Despite their easiness to wear, they’re a statement of who you are. What you have on a t-shirt can define you as a person and can create an identity, particularly students in a new city. It lets you put up a flag and say, Hey, I like this kind of music. If you like it too come and talk to me, we’re going to be friends!

Getintothis: Do you think it says anything other than “I like this kind of music”?

Jon: Well it’s a casual item of clothing, so perhaps it says “I don’t take life too seriously”. I have worn a t-shirt under a suit, so you can have the best of both worlds.

Getintothis: Is there a best time for selling t-shirts?

Jon: Well quite a few places here don’t open on Mondays, as it can be dead. But sometimes I’ve sold ten t-shirts on a Monday, I’m here seven days a week, but then I don’t really want to be anywhere else, I love working here.

Getintothis: What is your best seller?

Jon: 21 Pilots. They were the first shirt that I actually completely sold out of, which surprised me at the time. I now have two types of 21 Pilots shirts in to try to cope with demand.

Getintothis: Do you find that festivals have any effect on your business? Not just in terms of people being away for a weekend, but an increase in demand when they get back?

Jon: Yeah, Download and Bloodstock are the two main ones really, as I sell rock and metal t-shirts. I do get some Reading and Leeds business as well. The Glastonbury crowd tend not to be as bothered by the bands, more the designs, which some t-shirt purists might scoff at, but I get where they’re coming from.

Getintothis: So why sell t-shirts for a living?

Jon: I’m a huge t-shirt fan myself, I love all kinds of t-shirts and for one reason or another, my last two jobs have been selling music t-shirts. I used to work for a shop called Pulp on Bold Street, who had a large band t-shirt section and before that I worked for The Beatles Story. But while there are lots of places in Liverpool where you can buy records and lots of places where you can see live music, since Pulp closed there’s nowhere really where that stocks band t-shirts on a big scale. So I thought “I know the business, I’ll do it myself”. Plus I do want to try to expand my range a bit, so it’s a case of gauging what people want, do they want vests or hoodies, film or video game t-shirts. I’ve just taken delivery of a load of studded wristbands, so there is room for expansion. If I do well I’ll expand into a bigger unit, we’ll see.

Getintothis: Would you describe yourself as a collector of t-shirts as well as a seller?

Jon: Oh yeah, I collect t-shirts as well. I have a fair few interesting t-shirts at home. In fact, this Iron Maiden one that I’m wearing is one that I’ve just got in and it’s not one that you see in shops very often. It’s a Transylvania shirt from when they band played there a few years ago. Most places will sell the mainstream items, so I’d be very surprised if anywhere else was stocking this. And because I’m a fan I am guilty occasionally of stocking stuff that I like! I do stock mainstream items too, so I have some Motley Crue Final Tour t-shirts in, and some Iron Maiden current tour shirts as well.

Two lucky winners will be able to go and pick out a free shirt of their choice courtesy Sharkys Band Tees. Simply like and share this Facebook post, and tag a mate who’s obsessed with band tee’s in the comments. (or not obsessed, just tag a mate). 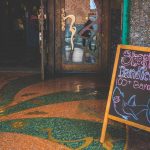 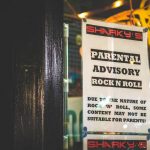 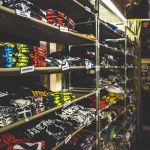 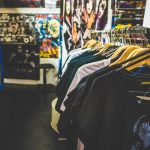 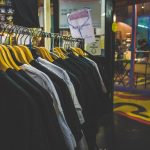 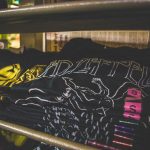 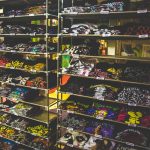 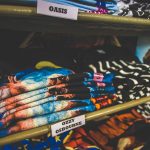 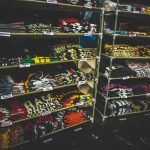