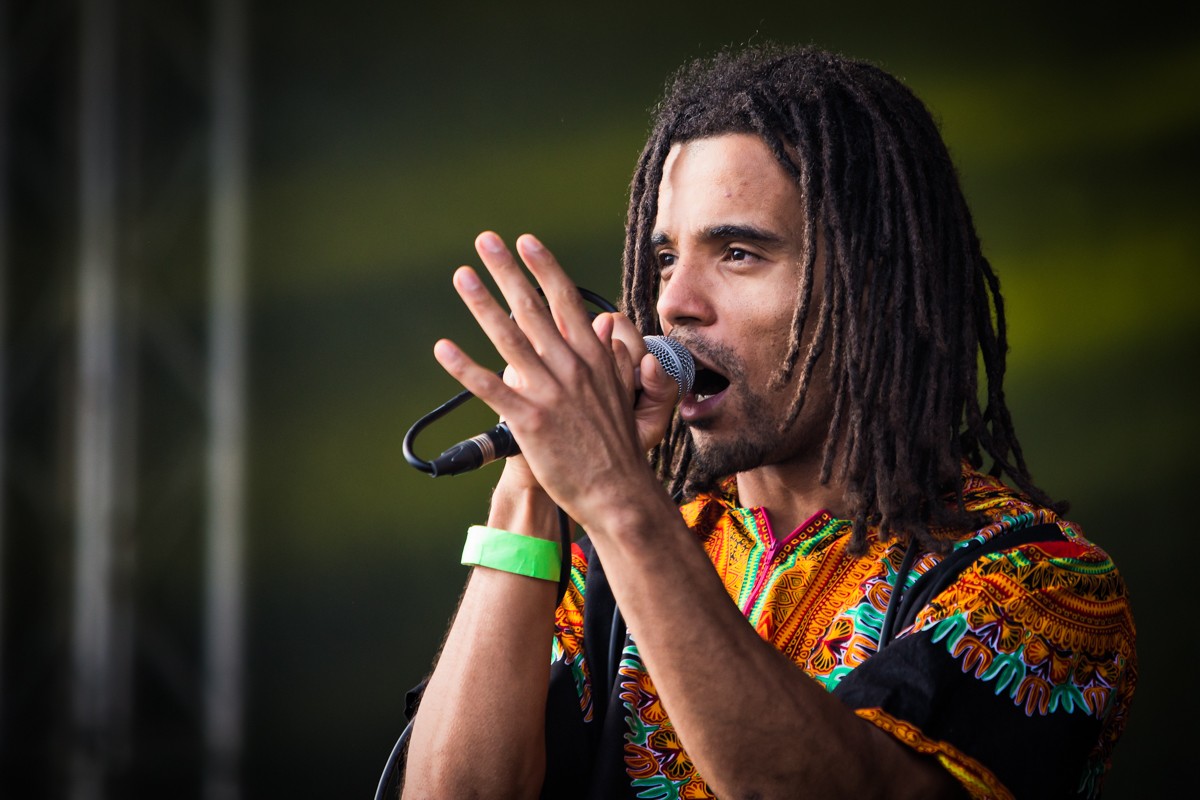 With a planned lecture in Liverpool as part of Slavery Remembrance Day, Getintothis‘s Janaya Pickett caught up with Grime star Akala to talk social consciousness in music and his upcoming tour.

August sees the International Slavery Museum hold their annual events memorialising the African Slave Trade. International Slavery Remembrance Day took place on August 23 – the anniversary of the slave uprising in Haiti of 1791 – 1804 which is viewed as a key point in the move towards emancipation. The events included activities at the museum, a walk of remembrance and libation ceremony on Slavery Remembrance Day itself and a lecture given the night before by grime MC and social activist Akala.

Liverpool is noted for its recognition of the Atlantic Slave Trade and its dedication to preserving its legacy. Put simply, this is because the trade is an integral feature in the history of the city’s existence. It cannot be ignored. It is because of its history as a ‘global port’ that Liverpool has the oldest black community in Britain.

It is due to this diversity that Liverpool has historically promoted itself as a cosmopolitan melting pot, with more in common with the likes of New York than its neighboring Lancashire towns. This line of thought is still entrenched in the scouse consciousness of today as Liverpool sees itself as a world within itself, separate from the rest of the North West.

We joined the Slavery Remembrance Day walk at Church Street and journeyed through the city centre towards the Martin Luther King Jnr building on Albert Dock. The walk, led by respected elders from the black community and drum troupe Katumba, took place under blazing sunshine. The African beats and celebration through a city built directly or indirectly off the back on enslaved Africans was quite surreal:  This history is in its bricks and in its people – some of whom can trace their ancestors in Liverpool back ten generations.

Once we reached the Martin Luther King Jnr building the NML staff presented each attendee with flowers as a sign of peace and we were treated to a beautiful musical medley, performed by young artists Amique, Raheem Alaheem and SPXKEN. Their commissioned piece Revelation to Revolution was sincerely moving. It’s poignancy lay not just in the quality of the performance, but the idea that future generations were validating history through their socially conscious music.

A Scene Unseen: Check out our Lost Liverpool column on the under appreciated black contribution to Liverpool music

One UK artist at the forefront of socially conscious music is Akala. Over the last ten years the MC has evolved into one of the most outspoken musicians in the UK, on subjects such as racism, poverty, austerity, gun crime, world politics, history and literature. He writes poetry and regularly presents lectures at universities and other educational institutions across the UK. Before his lecture at the Martin Luther King Jnr building we managed to have a quick chat with him about consciousness in music and its ability to insight social and political change.

Getintothis: We saw you give a lecture in the Museum of Liverpool last year and perform Africa Oye earlier on this year. You’ll be giving your lecture shortly as part of the SRD events and you’ll also be starting your tour here in October. Why is it you keep coming back to Liverpool?

Akala: That’s interesting. I hadn’t even noticed that correlation if I’m honest. I like Liverpool, it’s an interesting creative place, it’s nice to look at. That is outside of its obvious impoverished areas there is a lot of beautiful buildings in Liverpool… and of course it has a very interesting history that relates to the history that I’ve been talking about. It’s one of the leading cities in the country for that kind of activity [recognising black history]. But I hadn’t noticed a parallel with me continually coming back because I do travel quite a lot across the UK to different cities.

Getintothis: Do you believe that there has been a rise in recent years of music becoming more socially conscious? And if so why do you think that is?

Akala: Culture always ebs and flows and you have periods where politically conscious content is out of fashion and you have periods when it is in fashion. I do think that it has been allied with socialism, Black Lives Matter and various social justice movements going on around the world. Challenging brutality, gang violence, poverty and austerity. Politics has been so tumultuous that artists are starting to engage again a bit more which I’m pleased to see.

Getintothis: How have you seen your fan base change over the years?

Akala: They’ve got a lot older. There are people that have been with me from the beginning. But other than that new people have come along and like what I do and have got into it. In general I think that we’ve gone on a journey together the past 10 years. And hopefully as I’ve grown a lot of people will follow or engage with the movement.

Getintothis:  Your upcoming tour seems a bit manic. How do you keep yourself going? What gives you strength?

Akala: I love performing, but it is hard work, it’s like twenty seven shows in thirty days or something. But to me it’s a job I love doing.  It’s something that I would do for free let alone get paid for. I don’t really complain … sometimes it can be hard work and stressful but, hey, there are lot worse things I could be doing with my time.

We agree. Artists like Akala are a breath of fresh air in a climate so filled with shallow rubbish. Like him or loathe him you can’t deny his obvious knowledge and his genius in transmitting that into a format as modern as UK Grime. Akala translates to ‘immovable’ which this man undoubtedly is. He is a progressive musician using his talents for something much grander than money or fame. On celebrating Slavery Remembrance Day and contemplating the brutal history of our city we realised voices such as his, that challenge the statues quo, are essential. And given the resurgence of right wing nationalism across Europe are needed now more than ever.

He releases his retrospective album 10 Years of Akala on September 23 – and we have a feeling he’ll be bringing his fire to the booth for many more years to come.

Check out Akala‘s new single Giants and video for Carried Away below. For news on Akala‘s tour, starting in Liverpool in October, click here.