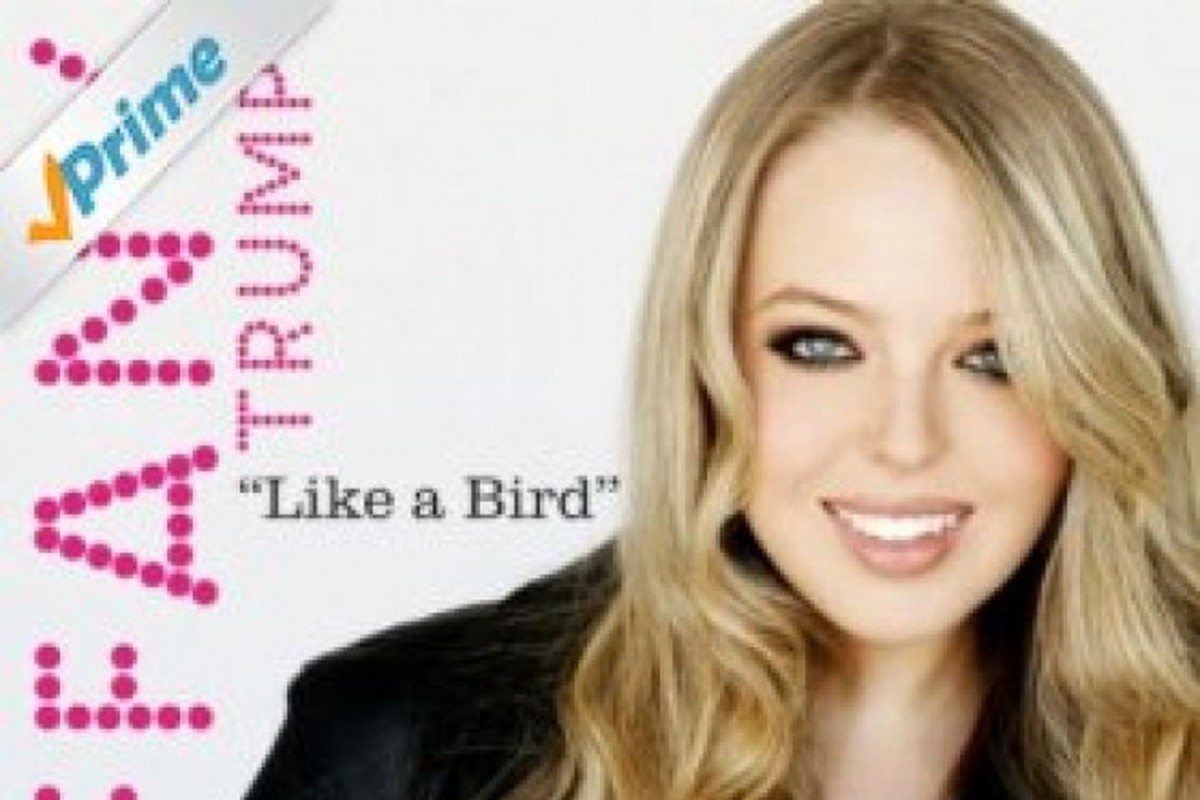 As Donald Trump officially becomes the Republican nominee for the American election, Getintothis’ Shaun Ponsonby explores the sole musical endeavour of his daughter.

So, the American election is full swing now with its official nominees chosen for both the Democrats and the Republicans. Not without controversy, mind. The Democrats have Hillary Clinton, a woman the party wanted but the people didn’t, and the Republicans have Donald Trump, a man that the party didn’t want but the people did – not people I’d want to hang out with, but people nonetheless.

Trump said a while back that he could “stand in 5th Avenue and shoot someone” without alienating his supporters, as if that was a good thing. And sadly, I think it might be true. He has come out with a cacophony of increasingly bizarre bullshit that I am still convinced that his running for President is some kind of bizarre satirical performance art.

This stuff isn’t even just dodgy politically either, and it isn’t even just during his campaign that he has done this. In 2006, he appeared on an episode of The View (basically the American Loose Women) with his daughter Ivanka, in which he proudly proclaimed; “If Ivanka wasn’t my daughter, perhaps I would be dating her,” to horrified looks from the hosts, his daughter and I assume the viewing public.

But, I guess it isn’t any surprise. The ego of Donald Trump is such that he likely wants to fuck himself, and his daughter provides ample opportunity to fuck his own genes at least.

But why only Ivanka? He has other daughters. Is it because she’s the oldest and the age difference with the others creeps him out a little?

In fact, one of his daughters – Tiffany Trump, named with brilliant alliteration – has a thriving music career, by which I mean she released a single half a decade ago.

It reached the wider public over this last week that when she was 17, Trump released Like a Bird. Given that The Donald’s wife Melania plagiarised Michelle Obama’s speech at the Republican convention, I fully expected to be lifted entirely from Nelly Furtado’s similarly titled 2000 hit I’m Like a Bird.

But, no! By all accounts it is a 100% original song. One that wouldn’t have got anywhere near a release had her father not been a famous millionaire, but a real song nonetheless. It’s obviously autotuned to death, which is no surprise given how much actual professional singers are autotuned these days, and features something called Sprite & LogiQ, which may or may not be a soft drink and a chocolate bar endorsement that her father(‘s staff) set up.

I actually initially planned to break down the lyrics to the track, to see if we could dissect the complex Trump mind, to pinpoint the pointed intricacies that we have perhaps missed. Sadly, I could barely understand a fucking word she was saying. But I tried to decipher it anyway. It begins with;

Jeez, I wish we knew what you are saying. It would make this a whole lot easier. Sorry, I’ll keep trying.

“Baby, baby, don’t you
Get around a gardaree…”

Fucking hell. I haven’t got time for this, and I write this column voluntarily. That’s how pointless this song is; I am a man with so little to do that I have voluntarily written 74 Cosmic Slop’s for no fee, and I think this is a waste of my totally aimless time.

There are some words I could figure out though;

“I see you like that spot above
Crawling through the liquid love
You’re cute and you’re tweeting me
Baby you go ‘beep beep beep‘”.

…and its gibberish. What the hell is she talking about? “Baby you go ‘beep beep beep’”? Who is she dating? Roadrunner? Brum? KITT from Knight Rider? This is so dumb that I wouldn’t be surprised if it came from the Derulo oeuvre. Since Donald has claimed he would bring back waterboarding and “worse”, it makes me wonder if this is what he was referring to.

This is what happens when rich kids get to make music. I always thought the offspring of Motown founder Berry Gordy would be the worst offenders in regards to this. In the 80s, Gordy’s son Kennedy signed to Motown under the name Rockwell and released a giant piece of shit called Somebody’s Watching Me, which was only a hit because it featured Michael Jackson on the chorus at the height of his Thriller era.

Decades later, the Gordy’s spewed up youngest son Stefan (aka Redfoo) and grandson Skyler (aka SkyBlu), who came together and formed LMFAO, one of the absolute worst offenders of witless, lowest common denominator attempts at humour through music. The kind of people for whom wiggling your Michael Gove throughout your music video passes as satire, with all the hilarity of the comedic terrorism displayed in one of those awful “Movie” movies (Scary Movie, Superhero Movie, Date Movie, Disaster Movie etc).

Then just when we thought the Gordy’s had successfully pissed all over their patriarch’s legacy, making them the worst bunch of spoiled rich kids to be allowed to record shit music – this. Tiffany Trump.

At least the Gordy’s gave themselves stage names to alleviate the embarrassment to their family’s recorded legacy. In contrast, the fact that Tiffers used her own name might actually mean that this is considered one of the crowning achievements of the Trump clan.

And by the way her possibly sociopathic daddy acts in public, that may well be true.

Bruce Springsteen is releasing a soundtrack album to his autobiography. Didn’t Alan Partridge already do that?

50 Cent has claimed that Justin Bieber has “Michael Jackson issues“. I think we can all agree that nobody has the kind of issues that Michael Jackson had.

The sequel to the movie adaptation of Mrs Brown’s Boys has been thrown into doubt due to Brexit. If I’d have known that, I’d have voted “out” myself.

The X Factor planning tributes to Bowie and Prince is hilarious, as I can’t for the life of me imagine either of them endorsing it.