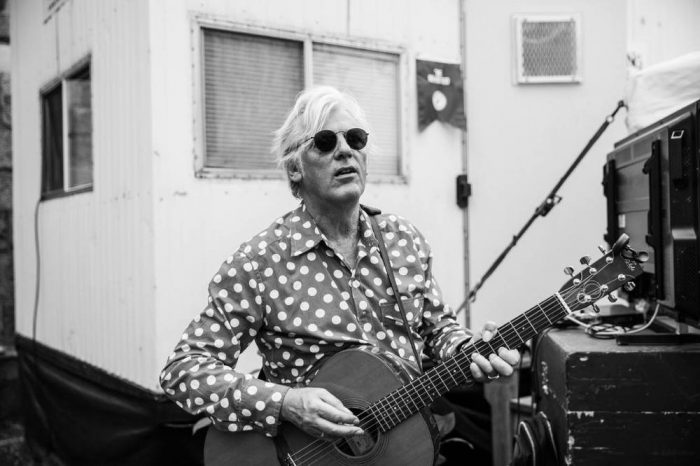 Robyn Hitchcock, singer, songwriter, surrealist, and master of psychedelia, is set to play Liverpool as part of a UK tour and Getintothis’ Rick Leach is ready to be spellbound.

Robyn Hitchcock, long-time legend of the folk and psychedelic scene, has announced a date at Liverpool’s Philharmonic Music Room on October 22 as part of his latest U.K. tour.

With over 20 albums behind him, both as a founder of art-rock band The Soft Boys in 1977 and as a solo artist, Hitchcock’s wry and ironic English take on the world has earned him acclaim around the world and ensured him permanent cult status.

His note-for-note recreation of Bob Dylan‘s infamous 1966 concert, released in 2002, came complete with both the ‘Judas’ heckle and the ‘play fucking loud!’ response. His live full-set performances of Syd Barrett Pink Floyd-era songs, combined with an uncanny ability to always look at everything from an unexpected angle (with songs such as My Wife and My Dead Wife) shows that Hitchcock is someone both deeply rooted in a love of pop culture alongside matters more surreal.

From forming a backing band comprising R.E.M‘s Peter Buck and Bill Reilfin, being the subject of Silence of the Lambs director Jonathan Demme’s music documentary Storefront Hitchcock or having legendary producer Joe Boyd (Pink Floyd, Nick Drake) at the helm of his most recent 2014 album, The Man Upstairs, Hitchcock has been termed ‘the musicians musician’ and now we have the chance to fall under his spell in the intimate confines of the Music Room.