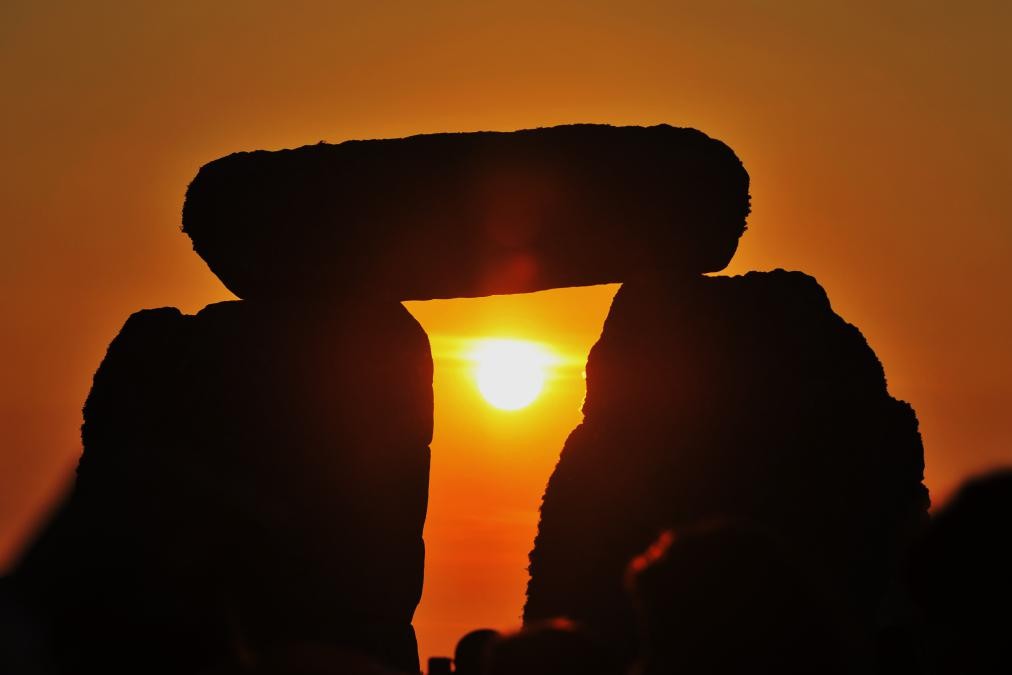 On the day of Summer Solstice, Getintothis’ Mike Torpey sifts through an appropriate list of summertime psychedelic classics.

Druids, hippies and lovers of the ley lines have been drawn to ancient sites like Stonehenge to celebrate the Summer Solstice for thousands of years.

At nearby Avebury, where the largest stone circle in Europe can be found, a dozen ley (or dragon) lines meet and plunge into the earth and intricate crop circles have mysteriously appeared and vanished.

A part of England perfect then for a free festival, of the sort that ran at Stonehenge for 10 years until 1984 when the courts slapped a ban on it.

Truth be known, many of the annual revellers didn’t hear about the ban and ended up clashing with cops in what was later labelled the Battle of the Beanfield.

Hawkwind, Jimmy Page, Cauldron and the Lightning Raiders were among the acts to appear and though no free festival has been staged at Stonehenge since, people can still meet at the stones to celebrate the solstice. And with the 2016 solstice set for today (June 20) we can at least still tune in to a few psychedelic sounds of summer.

Here’s our top ten – and if you don’t like them, then hit us with your own list.

A classic track from a classic album – Never Never Land was the 1971 debut album from the Pink Fairies and Heavenly Man one of several standout tracks along with Do It, Wargirl, Say You Love Me and Uncle Harry’s Last Freak-Out. It was almost as if the record cover had been made from marijuana leaves as a clutch of elves and dwarves, one complete with lit spliff, perch precariously on the edge of the globe.

The opening line – “Have you seen the Zound of Zilph, he has hair pure white as milk” – set the scene for a dreamy ballad from the heart of the alternative underground. But then its writer Twink (aka John Alder) had been a member of the Pretty Things during their recording of another psychedelic masterpiece, the SF Sorrow album, before joining Paul Rudolph, Russell Hunter and Duncan Sanderson to form Pink Fairies – a four piece band with two drummers.

Tomorrow certainly had the hallmarks of a band that could go on to greater things than just a pair of failed single releases. Their guitar player Steve Howe became an important member of Yes while singer Keith West was the ‘grocer Jack’ voice of Excerpt From A Teenage Opera.

But despite being labelled, along with Pink Floyd and Soft Machine, as one of the first English psychedelic bands and being heralded on John Peel‘s Perfumed Garden radio show today didn’t bode well for Tomorrow and they split up after less than a year.

It’s this space rock meets psychedelia white knuckle ride that opens Hawkwind‘s fourth album Hall of the Mountain Grill, claimed by many to be the band’s finest offering. Dave Brock and Lemmy share the vocals during seven minutes of guitar-driven frenzy that paves the way for the dreamy drift through the senses that follows with the more celestial Wind of Change. If you don’t fancy it, well there’s always Silver Machine.

Here’s psychedelic for you; try humming the tune from Steptoe and Son, then play Interstellar Overdrive.

The story goes that the Floyd‘s manager at that time Pete Jenner had an idea for a song and was trying to hum it to Syd Barrett. Unfortunately what came out was the Steptoe tune. Syd and his acid daze turned it into a fuzzy, descending guitar riff that became a mainstay of the Floyd‘s live performances and was cleaned up for its inclusion on their 1967 debut album The Piper At The Gates of Dawn.

The album was actually recorded in a studio next to the one where The Beatles were fine-tuning Sgt Pepper, and remains the epitome of psychedelic innocence – from child-like musings to full-on space rock.

Co-written by Andy Summers (or Somers as it was back in 1968), there’s far more melody to this bizarre offering than its title would suggest. Heck, you can even detect a hint of that guitar sound Summers would later perfect with The Police.

Dantalian’s Chariot, formed by keyboard player Zoot Money, was a short-lived enterprise but attracted a cult following with the extravagant light shows that accompanied their live performances. Madman… was their party piece and featured weird effects – including a repetitive sucking sound reminiscent of the NooNoo from Teletubbies.

A moody piece of George Harrison songwriting combined with the recording skills of the other George (Martin) complete with backwards tape and the studio drainpipe effect. Blue Jay Way is actually a road in the Hollywood hills where the youngest Beatle spent some time meeting with his publicist Derek Taylor before descending on hippie hotspot Haight-Ashbury.

While waiting for Taylor to arrive, on a horribly misty evening, Harrison wrote the lyrics, and those giveaway opening lines “There’s a fog upon LA, and my friends have lost their way”.

There was psychedelia in just about everything Traffic did in their early days, from Paper Sun and Hole In My Shoe to Forty Thousand Headmen and the stirring Dear Mr Fantasy.

The blend of those soaring Stevie Winwood vocals and rasping Dave Mason guitar was like a trip without the tabs – so much so that live versions of the song would often drift towards the 20-minute mark. And the likes of Hendrix, Grateful Dead and Crosby, Stills & Nash produced cover versions.

A hit single and also the name of Donovan’s 1968 album, The Hurdy Gurdy Man was originally offered to a Scandinavian band named Hurdy Gurdy, but at the last minute the Scot decided to keep it for himself.

Smart move, because it turned out to be one his finest offerings – especially once Led Zep’s John Paul Jones had sorted out the arrangements.

Listen for the hummed and strummed intro, building into that heavy distorted guitar widely believed to be Jimmy Page. To put the record straight it was actually a bloke called Alan Parker, who later played with Blue Mink.

Either way, a brilliant bit of psychedelia. Beware the roly poly man.

Surprise, surprise the Beeb picked out a few drug references in this 1967 masterpiece from Steve Marriott and Ronnie Lane, then promptly banned the song from the radio playlists. Crazy if you ask us. Who would have thought a line like “I feel inclined to blow my mind, get hung up feed the ducks with a bun” could have anything to do with stuff like acid?

Anyway their manager Tony Calder announced that it was just a piece of ground the lads played on as boys and the ban was lifted. Within a couple of weeks Itchycoo Park was at #3. It was one of the first songs to use phasing – or flanging – on the drums after each chorus. All too beautiful.

1. King Midas In Reverse [The Hollies]

Not exactly Graham Nash’s parting shot to The Hollies before he teamed up with Stephen Stills and David Crosby, but a good example of the direction he really wanted to travel. The other Hollies disagreed and followed up the finest flop they ever recorded with, er, Jennifer Eccles. At least it opened the door for Liverpool guitarist Terry Sylvester (Escorts, Swinging Blue Jeans) to replace Nash – and contribute to those brilliant Hollies harmonies.