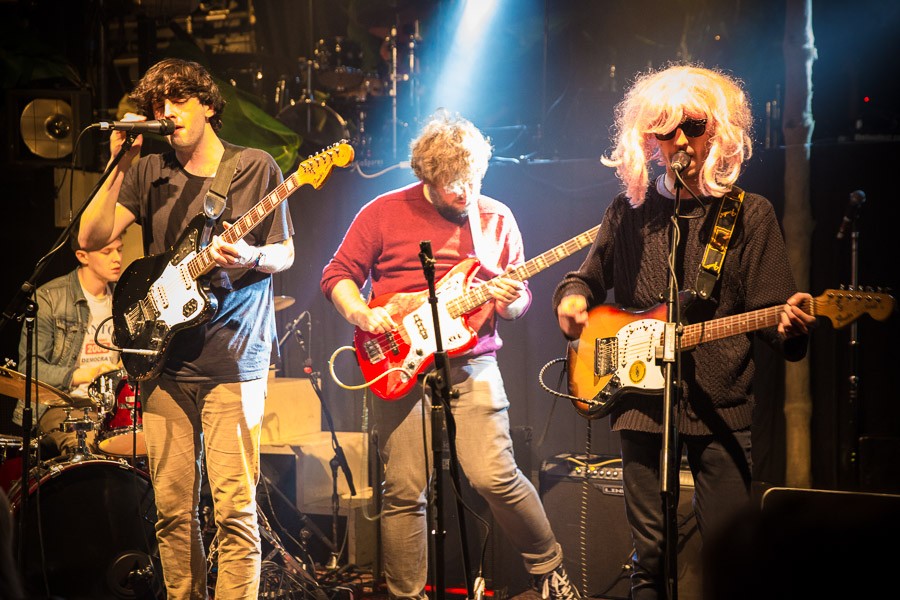 With a new album and tour in the pipeline, Getintothis‘ David Hall has the scoop on a winter Wind Factory gig.

Exciting times lay ahead for the band, who recently wrapped up recording their new album Big Box Of Chocolates with esteemed producer Edwyn Collins, the former Orange Juice main man having previously helmed albums including by The Cribs. Hooton Tennis Club now announce a new UK tour, including an Invisible Wind Factory date.

Christmas seems to have come early for Hooton fans, who can enjoy a night out on December 9, with indications that their sophomore release can be expected soon, recording having been completed in spring.

The follow-up to the alt-rock quartet’s well-regarded debut Highest Point In Cliff Town will be released on Heavenly Records, seemingly late this year or in early 2017.

Material from the record has already been previewed on the four piece’s previous one-off Merseyside outing at FestEvol, with a slot on the bill of Manchester’s Neighbourhood Festival having previously been announced.

Listen to the first single Katy-Anne Bellis below.