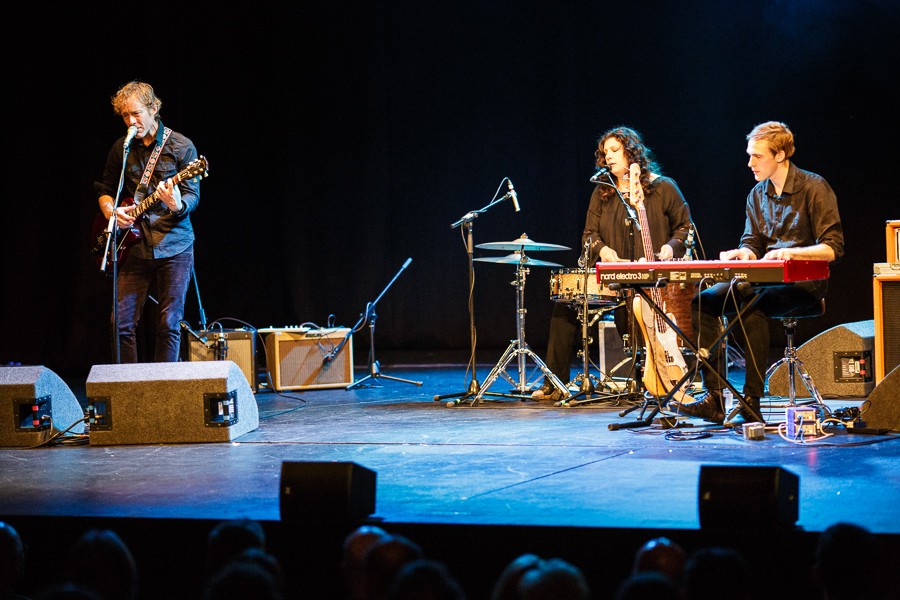 As the Minnesotan three-piece return to Merseyside, Getintothis‘ David Hall visited the splendid Epstein Theatre to take in what they had to offer.

Whether or not they knew it, Low had to go some to trump their last Liverpool outing.

What we witnessed on a November evening in 2013 was something truly special; it seems trite to compare a gig in a cathedral to a religious experience, but it truly wasn’t far short. That ruthlessly cold night when masses huddled under Liverpool Anglican Cathedral‘s mighty edifice as if seeking sanctuary, the assembled crowd knew they were party to something awe-inspiring, and as close to perfection as it’s possible to imagine.

The atmosphere heading into the bygone-era glamour of Epstein Theatre three years after that Cathedral show was somewhat strange. It was like a football crowd, whose team have won an away cup tie 5-0 the previous week arriving to watch the home leg of that fixture. Yes, the performance probably won’t hit those heights, but the pressure is off. And Low duly delivered a performance differing in tone.

Different is what we expected, and Low‘s Liverpool return was a confident one, with no support slot, just two sets from the Americans. They dipped particularly liberally into latest album Ones and Sixes in set number one, the record’s songs now having head over a year to bed in with fans. What Part Of Me in particular received the reception of a familiar favourite, and a spiralling, noisy version of Lies showcased Alan Sparhawk‘s mouth of the cave guitar rumble spectacularly.

A first half filled with stateliness and solemnity saw more recent material, tracks from previous album The Invisible Way and 2011’s C’mon greeted like greatest hits.

Getintothis revisits The Fall’s Bend Sinister as it turns 30

Mimi Parker opened her mouth barely and her voice came gushing out, particularly on her spotlight Especially Me, and her metronomic drumming was faultless throughout. Think The Velvet Underground‘s Maureen Tucker with boundless talent and killer vocals.

Criticisms were few; with such a vast back catalogue to call upon, some omissions are unavoidable, so Drums and Guns and Things We Lost In The Fire seemed barely touched. The band favoured visits to their closest dalliance with a ‘rock’ record The Great Destroyer, including a ferociously droning version of Pissing. But more recent deep cuts like Witches and On My Own more than compensated.

The whoops which greeted Things We Lost lead-off Sunflower could just as well have been replaced with gasps, and perfectly pitched cover of Al Green‘s Lets Stay Together brought a smile to the face easily.

It was a special night; a hushed, reverential atmosphere in which the crowd whispered lyrics along under their breath rather than belting them out. Every date with Low seems this way, and we hope the three-piece return swiftly. 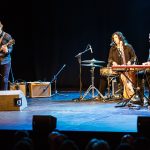 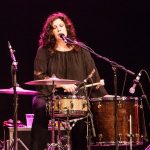 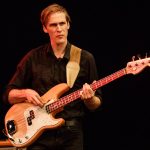 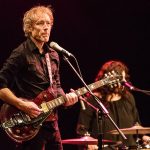 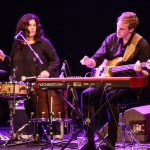 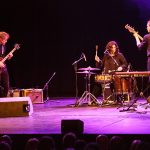 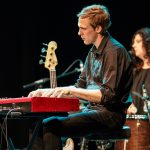 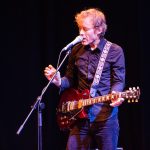