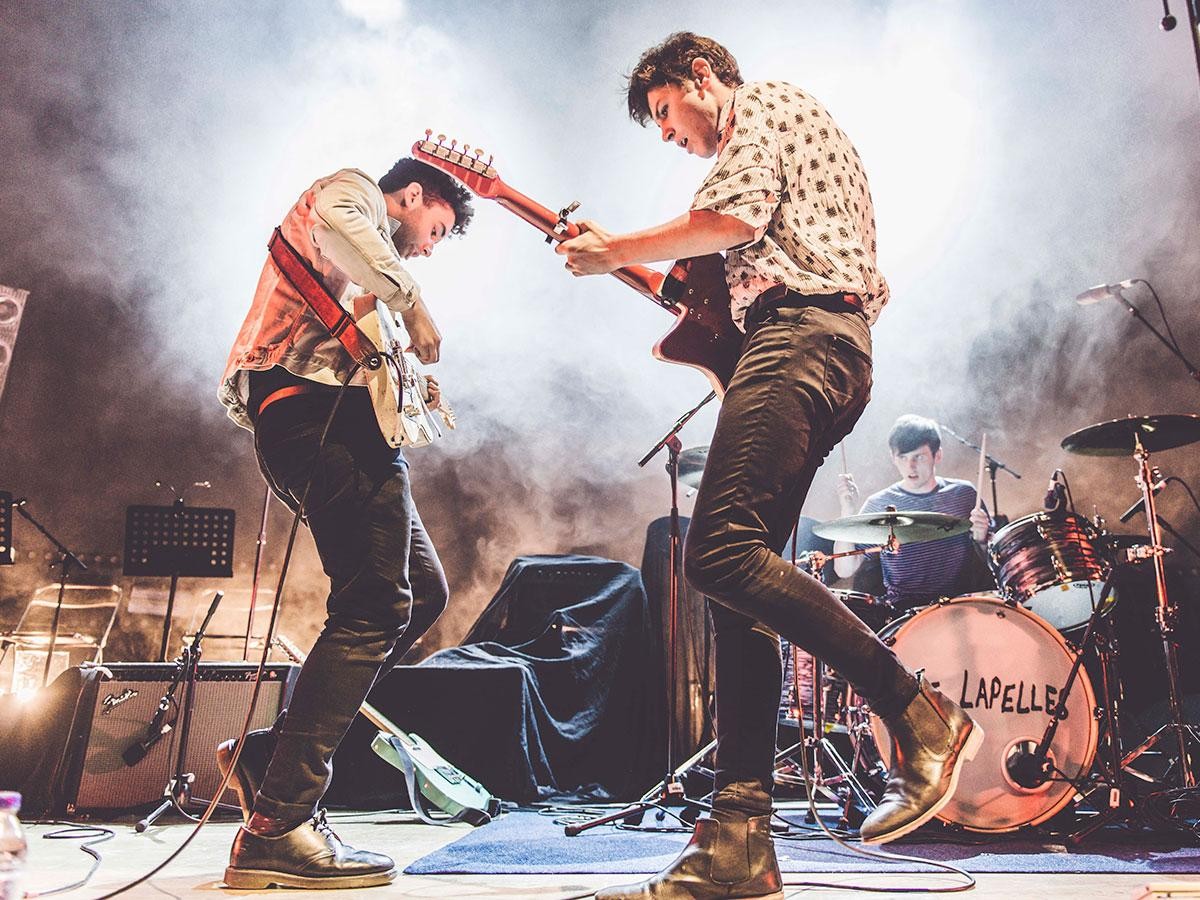 UPDATE: Getintothis are extremely saddened to hear of the tragic passing of Gary Watson, frontman of Scottish band The Lapelles who has passed away in a freak accident aged 22. Our thoughts are with his friends, family and band mates at this difficult time.

Wrap your ears around this, says Getintothis‘ Nathan Scally, as Glaswegian five-piece The Lapelles head out on a headline tour this autumn.

On their latest jaunt they’ll be making a stop off at Liverpool’s O2 Academy courtesy of Merseyside-based promoters EVOL, having supported DMA’s and Baby Strange already they’ll be looking to put their experience to good use.

The upbeat quintet has already made their airwave debuts via Radio X and are part of Huw Stephens’ quest to keep good old fashioned indie playing on BBC Radio 1.

Fashioned in the same mould of Circa Waves and The Sherlocks, this is a must-see show for anyone who loves a boogie to quick-fire guitars and unabashedly danceable rhythms.

Latest single Grab Life By has the potential to do the rounds at next summer’s festival season granted The Lapelles keep on getting the ears of those in the know.

At a measly seven-English-pounds entry fee, this is a steal of a show. As well as finding a new favourite band you’ll also be spicing up your Wednesday in what will then be the earlier nights of the year.