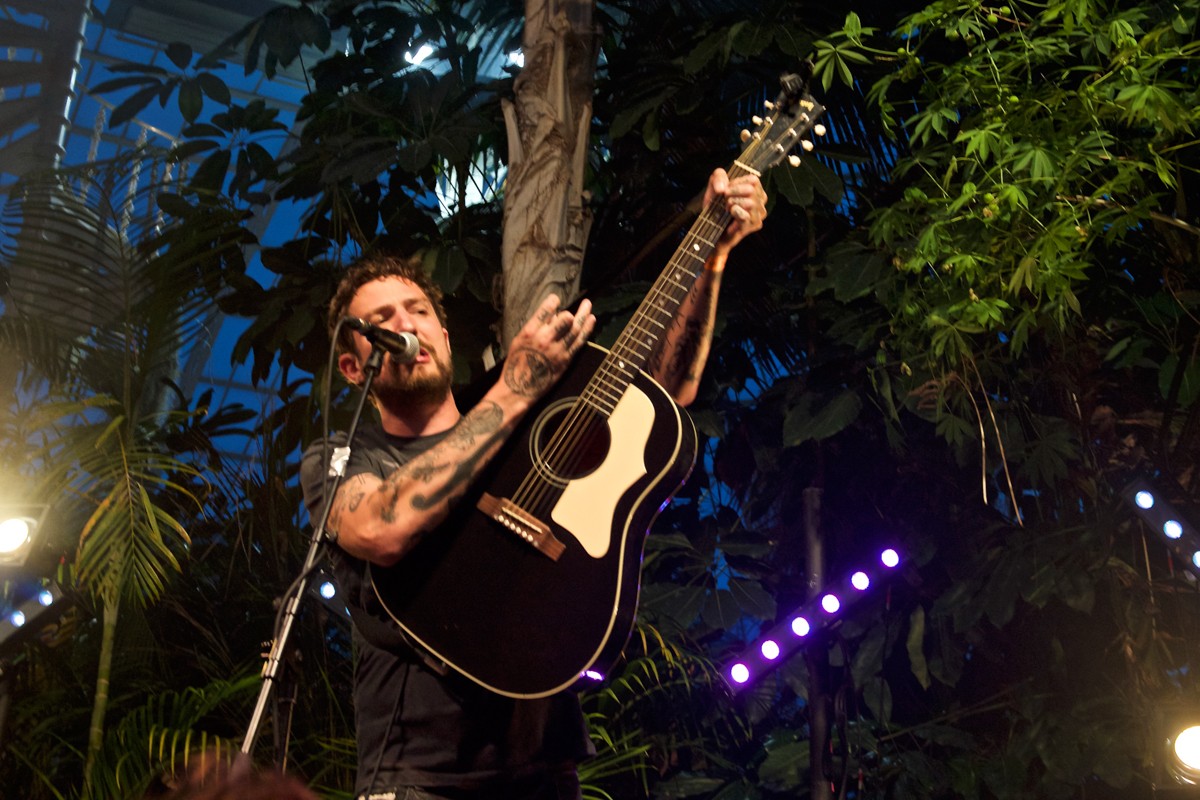 With the folk troubadour announcing his first full band show in the city in four years, Getintothis’ Shaun Ponsonby finds out what to expect.

Having only just played an intimate show at the Sefton Park Palm House over the summer, Frank Turner has included Liverpool on his upcoming UK tour.

Well known for being a massively energetic performer, Turner is a hugely popular live attraction. A signifier of this is that the upcoming Get Better Tour – named after a track on Turner’s most recent album – will take in a whopping 20 cities throughout November and December, amounting to Turner & The Sleeping Soul’s second full length UK trek since the release of last year’s Positive Songs For Negative People.

Last weekend, Turner also set a new record by performing at the Reading and Leeds Festivals for the 10th consecutive year, performing as a very special guest Main Stage opener.

Despite appearing at the Palm House over the summer, and an appearance at Central Library last November, this will be Turner’s first full-band show in the city in four years.

In addition, Turner has partnered with Plus 1 so that £1 from every ticket sale goes to War Child, a charity supporting children and families affected by conflict and striving for a world where no child’s life is torn apart by war.

Turner said, “I’m very happy to be working with Plus 1 on this tour. £1 from every ticket goes to the good people at War Child, supporting children and families in communities affected by war all over the world. It feels right to use part of what I do to support such a good cause.”

Update: Due to demand, Frank Turner & The Sleeping Souls‘ show at the O2 Academy has been upgraded to Mountford Hall. All original tickets remain valid.