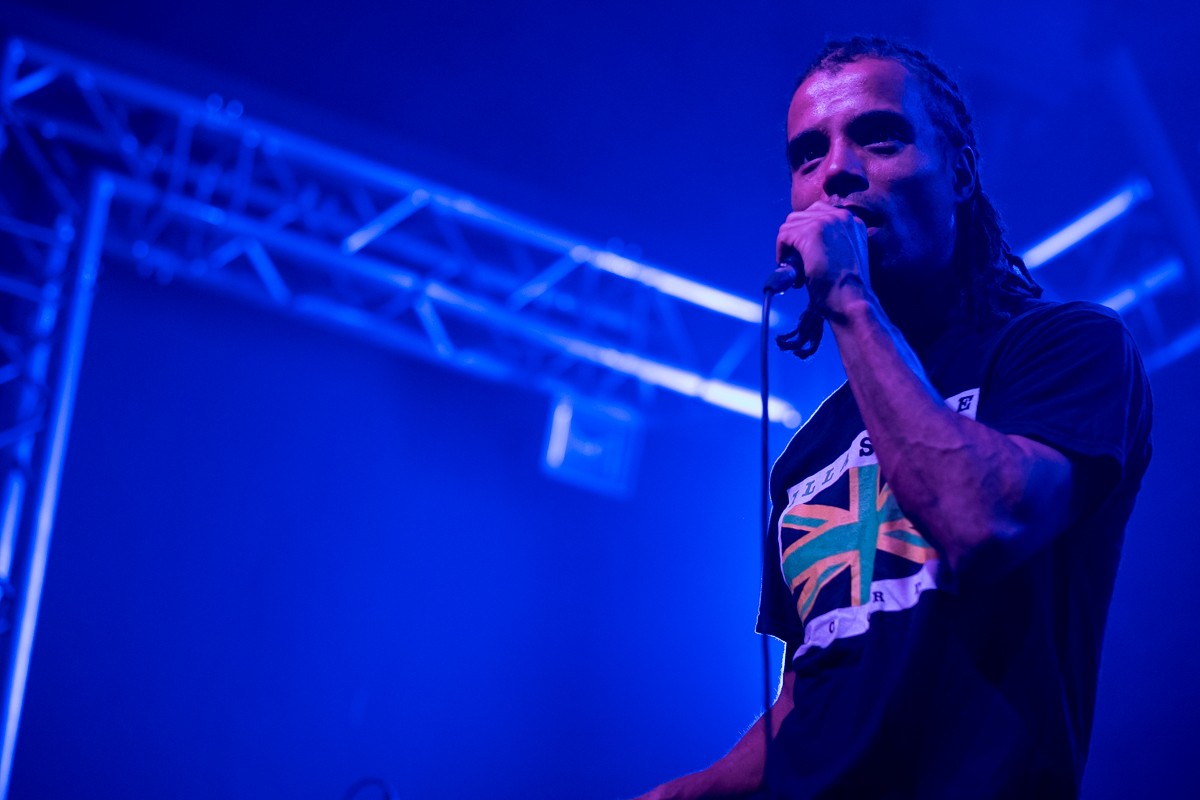 As the grime star celebrates his tenth year in music, Getintothis’ Miles Etchells enjoys the diversity and thought provoking messages of Akala.

This was not a gig of escapism. Going to see Akala is not going to make you joyful. Despite witnessing a powerful and invigorating celebration of 10 years of brilliant music from the politically charged rapper this writer walked home in silence, no headphones, deep in thought. This was not a gig to let you forget your troubles; instead it was one that reminded you that yours pale in comparison to the horrors of the modern world.

There was no place for euphoria in the crowd, nor any complacency or self-congratulation from the stage, as Akala reeled off his impressive back catalogue of material, taking aim at everything from the barbarism of slavery to the reckless greed of the banking industry. What this gig made you feel was angry, but at the same time privileged to have been part of an engaged and diverse crowd who see and despise the same evils of the world as you. Privileged to have been fired up by one of the most articulate, intelligent and technically gifted hip-hop artists this country has ever produced.

Before Akala brought his fire to the the Arts Club loft we were treated to a fittingly excellent support in the form of Liam Bailey, who serenaded us with his acoustic guitar between playful interactions with the growing crowd. Bailey sang raw soulful ballads, complemented by gentle barre chords in songs like It’s Not The Same and accomplished picking in the upbeat Summer Rain. His slurred yet touching vocals and his emotive songwriting nous give him a sound like Paolo Nutini, with a wispy, Pete Doherty-esque quality to his voice.

Between songs he teased the crowd with a 5/10 scouse accent, and joked, “there’s not any scallies in Liverpool is there?” The crowd responded well to his good humour, and in turn humoured him when he forgot the need for a capo and made two false starts on Blind Faith, the hit song he collaborated with Chase and Status on in 2011. His set seemed a little short, possibly due to the doors opening a nearly an hour later than advertised, but it mattered not to the deserved acclaim he got while playing and when taking his final bow. Bailey’s was one of the best, most crowd-engaging supporting sets we’ve ever seen.

It was no surprise that Akala had chosen such a bar-raising support – a tough act to follow – for the London rapper is an artist who is constantly challenging everything, not least himself. He was accompanied on stage by drummer Cassell The Beatmaker, DJ Jason Wescott and a screen, which introduced him using footage of The Matrix, Malcolm X and Mohammed Ali, alongside clips of Akala throughout his 10 years in music. After this video had hyped up the sell-out crowd Akala’s entrance was as swift and focused as the delivery that has earned him such a strong following.

He jumped straight into Let It All Happen before telling us “that’s how its gonna be all night, a quick 1-2”, a promise he immediately kept with the blistering verses of Sun Tzu landing like heavyweight blows. Akala’s energy on stage was felt instantly in the stalls, where his demands for echoing his chorus’s and “fists in the air” had the crowd on the brink of a pit.

The strong metal influence on the start of his set contributed to this intense vitality, with on stage drummer Cassell adding real meat to the overdriven guitar backing tracks. This heaviness epitomised the sound of Akala in the middle of his 10 years, particularly on the 1984-inspired album Doublethink, but after the stomping Malcolm Said It he took us back to his grimier beginning with Dat Boy Akala and then his more recent past with Murder Runs The Globe.

The diversity of his sound has always been impressive, and it never diminishes the ferocity of his content, nor the potency of his fully automatic delivery. It was truly breathtaking to witness just how quickly this man can fire off bars, and not just basic rhymes but witty and complex verses about a range of complicated issues. At the end it struck us that while we were left breathless, he didn’t seem to have broken a sweat. Such stamina will certainly be needed during the marathon tour that last night kick-started, as he is due to perform at 25 shows and give 15 talks over the next 27 days.

Such a strenuous tour will be helped by the fact that Akala is a man who understands his audience. This truth coupled with his aim being so regularly focused on the corruption and deceit of our elites, made it no surprise to hear him rightly state his respect for Liverpool’s people and their unity in standing up to The Sun for 20 years. This was one of many interactions of mutual affection between the artist and his fans, the pick of which came midway through the show, when he changed costume backstage and re-emerged in character as Uncle Pompous, a pantomime villain banker with top hat, tails and stick. Sneering from the stage he dubbed us all “scouse communists” before starting a song in this guise, it didn’t last long however, as he reverted to type and began cheerleading a chant of “fuck Uncle Pompous”.

After this interlude Akala engrossed the audience with a piece of material that reinforces the breadth of the man’s talent. The air was completely still as he performed a poignant section of his 2014 graphic novel The Ruins Of Empires, which he plans to turn into an opera for next year. In this he spoke from the perspective of a character that had appeared on every side of every conflict, from the Napoleonic Wars to Vietnam.

More new material followed with another fresh sound, as the reggae track Giants brought a brief lighter moment to the set. This new found bounce didn’t last long however, as the gig ended with the grime from which he made his name and has had his most popular acclaim. Akala took us back to 2006 with his breakthrough single and grime classic Shakespeare, and the follow up track Comedy Tragedy History, in which he reels off a multitude of plays by the great bard.

No celebration of Akala’s music would be complete without acknowledgement of his legendary Radio1Extra Fire In The Booth freestyle performances, but we still weren’t sure whether we would get to hear them given their ad-libbed nature. So it was with delight that heard him re-enact parts of all 4 in one big Fire (not) In The Booth remix. This was his penultimate track, and it was after more expert showmanship that Akala whipped up frenzied levels of noise from the crowd, in return for him playing one more. He finished with the self-reflective Find No Enemy, a fittingly thoughtful message of being the change you want to see in the world, one that made for a contemplative walk home. 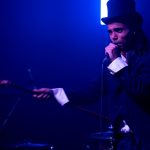 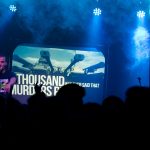 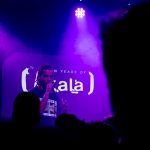 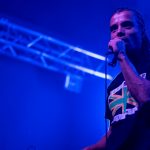 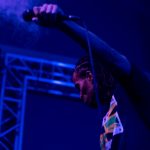 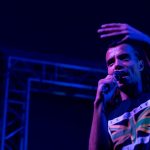 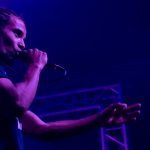 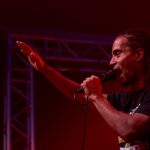 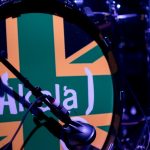 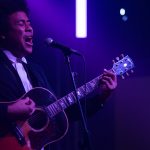 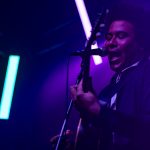 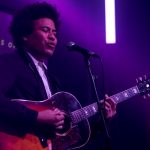 Share. Twitter Facebook Google+ Pinterest LinkedIn Tumblr Email
Previous ArticleMichael Gira – “I’m just an amoeba prodded by a pin on a tray under a microscope” – death, time and the future of Swans
Next Article The return of the Western and the Trump connection